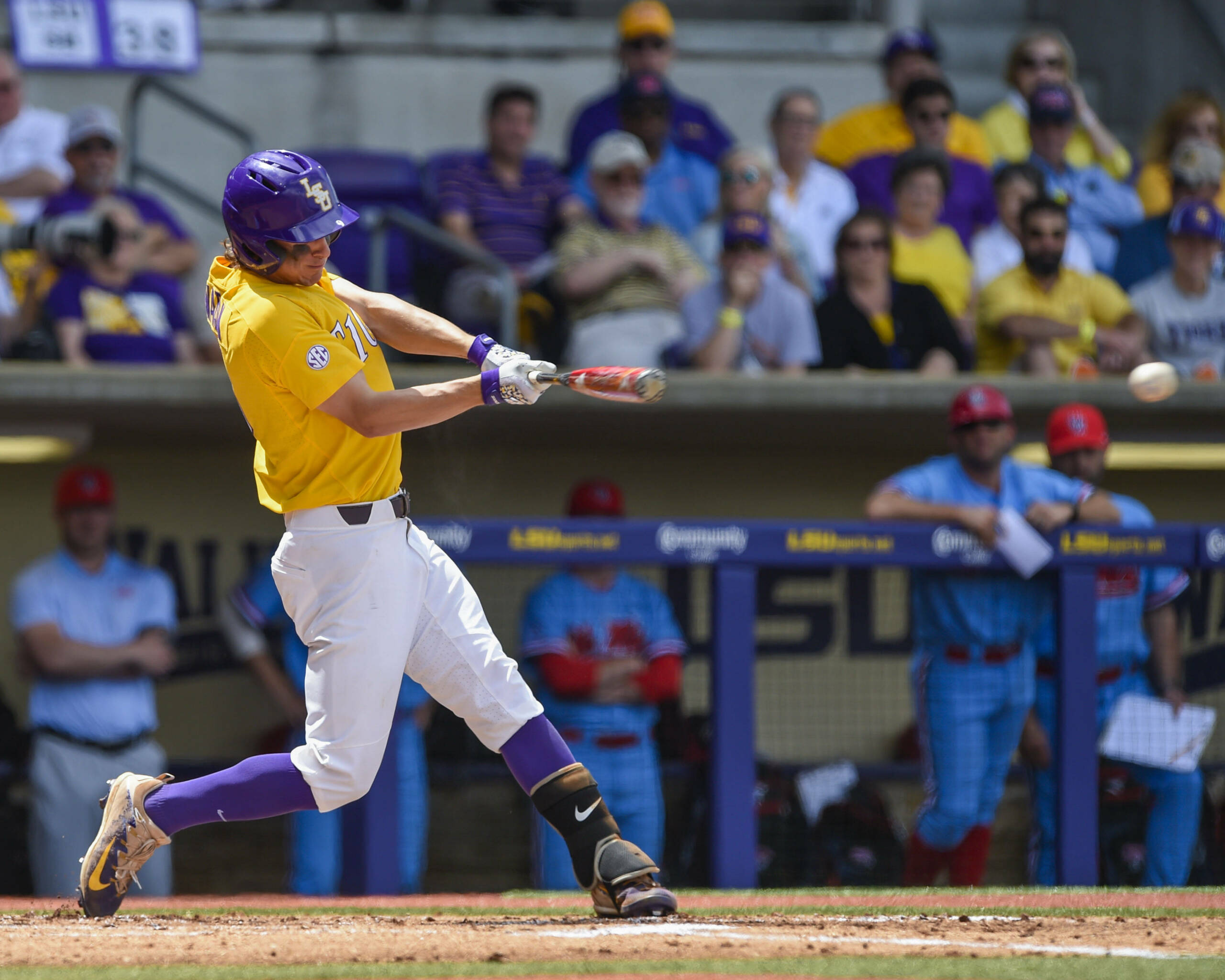 Watson, a product of Ruston, La., batted .500 (5-for-10) with four RBI, two runs scored and a .583 on-base percentage to help lead LSU to an SEC series victory over South Carolina. Watson was also 2-for-2 in stolen base attempts and he recorded an outfield assist.

In LSU’s 10-inning win over South Carolina on Sunday to clinch the series, Watson was 2-for-4 with two RBI and one run scored. His two-out RBI single in the bottom of the eighth inning tied the game at 5-5, and he led off the bottom of the 10th inning with a single and later scored the game-winning run on leftfielder Antoine Duplantis‘ walk-off base hit.

Watson, who was also was 2-for-3 with two RBI and one run in Saturday’s 5-2 victory over the Gamecocks, is hitting .316 this season with seven doubles, two triples, two homers, 17 RBI, 20 runs and eight stolen bases.