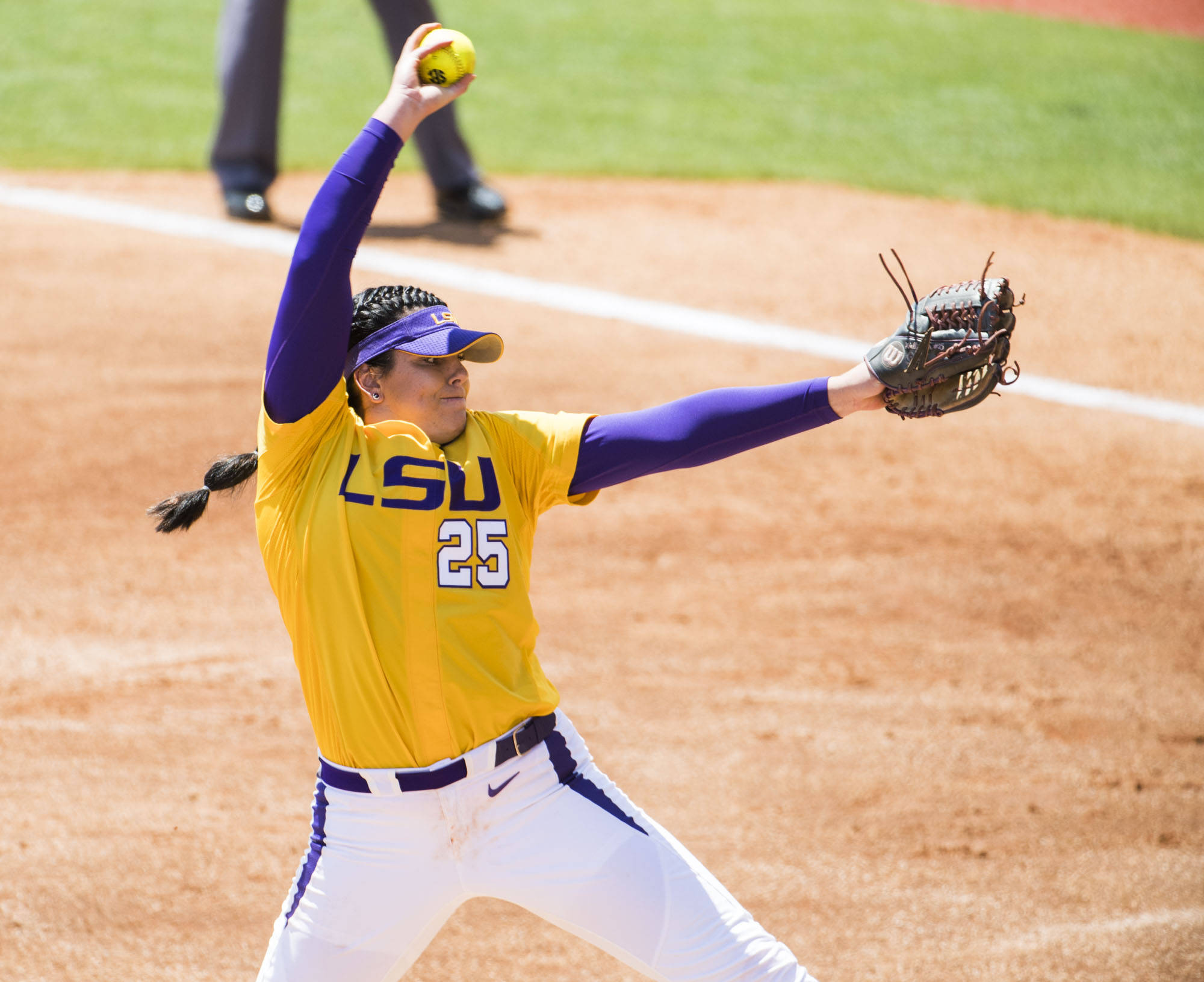 COLUMBIA, S.C. – The No. 18 LSU softball team produced four runs on seven hits and got a solid performance in the circle from Allie Walljasper to close the 2017 regular season with a 4-2 win over the South Carolina Gamecocks Sunday afternoon in Columbia.

The Tigers (38-17, 12-12 SEC) exploded out of the gate in the first by scoring a pair of runs and getting two more later on in the fourth. Those two extra runs would prove crucial as South Carolina (32-22, 8-15) scored two runs in the bottom of the fifth to cut the LSU lead in half, but would not be able to mount a comeback late.

LSU’s seven hits came from seven different players throughout the lineup, with the team’s three through seven hitters in the lineup producing a hit at some point in the contest. Emily Griggs had the only extra-base hit for the team on the day with a double on the very first at-bat of the game, while Bailey Landry, Constance Quinn, Amber Serrett and Elyse Thornhill each driving in runs.

Bouncing back after suffering the loss on Friday, Allie Walljasper (14-4) scattered six hits and the only two runs to cross the plate for the Gamecocks were unearned due to an error in the inning as she struck out three and walked one on 98 total pitches.

Cayla Drotar (6-4) suffered the loss for South Carolina, allowing four runs, three earned, on five hits with a walk and a strikeout in 4.0 innings of work. Jessica Elliott and Nickie Blue combined to pitch the final three innings and allowed just two hits with two strikeouts between them.

Tiara Duffy and Alyssa VanDerveer had four of South Carolina’s six hits, with Victoria Williams driving in both of the team’s two runs on her only hit of the day.

With a two-run lead already in hand, the Tigers took to the top of the fourth and added a bit of insurance as the team produced two more runs on three hits to extend its lead to four. Sanchez, Quinn and Springfield each earned hits to open the top half of the frame, as Serrett flied out to center for the sac fly to make it 3-0, with Elyse Thornhill grounding out to second to bring in another making it a 4-0 game.

“I think Emily Griggs did a great job of setting the tone today and giving us a jump start was huge. The offense continued to score and continued to stay positive which was big.”

“It’s a moment where we can breathe a sigh of relief that the regular season is over. We can reinvent ourselves here a bit and head to the tournament looking to get some things ironed out heading into the rest of the postseason.”

UPDATE: LSU will open play in the 2017 SEC Softball Tournament on Wednesday at 6:30 p.m. CT against Missouri. Bracket