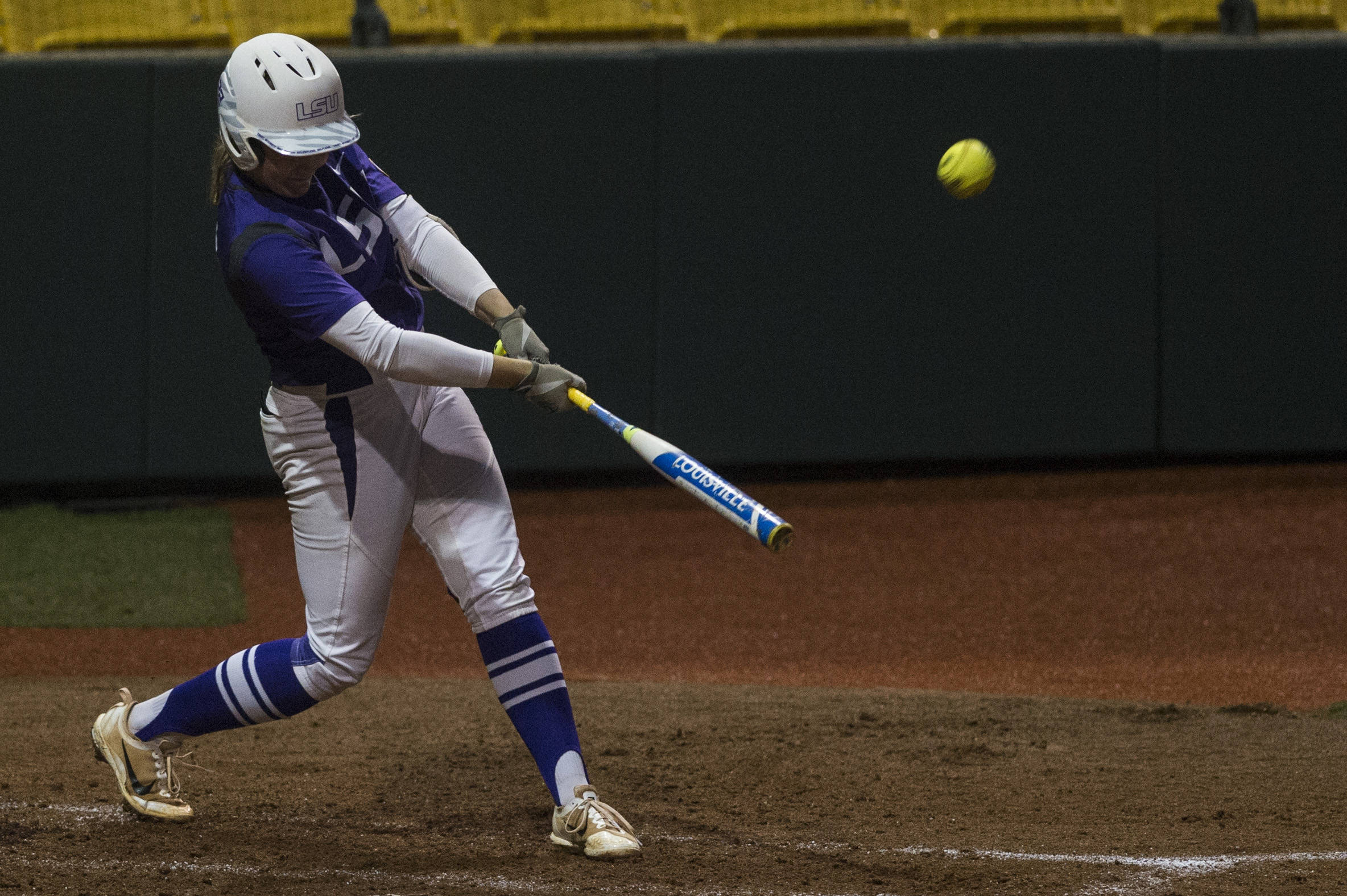 COLUMBIA, S.C. – The No. 18 LSU softball team nearly staged a late-inning comeback after falling behind to the South Carolina Gamecocks, but the Tigers would be unable to find the magic to overtake the home side falling 4-3 Saturday night in Columbia.

Scoring the first run of the game just a few batters in during the top half of the first, the Tigers (37-17, 11-12 SEC) would soon be down by a run and then three at 4-1 after South Carolina (32-21, 8-14) plated two runs in the first and third innings. Needing a spark, LSU was able to drive two across the plate in the fourth inning thanks to a hit and SC error to make it 4-3, but that would be the final runs of the game on either side as the Gamecocks would hold off a pair of LSU rallies late in the contest.

LSU produced five hits, all coming from the top of the order in the lineup with Amanda Doyle producing an RBI double, her eighth of the season, to put the team on top 1-0 in the first. Bailey Landry earned her seventh triple of the season, with Sahvanna Jaquish having a base hit with two walks and scoring twice.

Starting pitcher Sydney Smith (10-6) suffered the loss as she allowed two runs on two hits with two walks, exiting the game two outs into the first due to an injury. Maribeth Gorsuch came on to pitch the remaining 5.1 innings in relief and scattered four hits with two runs crossing the plate, striking out and walking three.

After earning the save yesterday for South Carolina, Nickie Blue (10-9) earned the complete-game victory allowing three runs, one earned, on five hits with three strikeouts and two walks. South Carolina finished the game with six hits, with four different Gamecock players driving in runs on the night.

After LSU opened the game by taking a 1-0 lead in the top of the first, South Carolina came back to score two runs on two hits in the bottom of the frame to go ahead 2-1. The Gamecocks would score two more runs two innings later to get a bit of insurance, which they would need in holding off LSU comeback attempts and eventually winning 4-3.

LSU will close out the series against South Carolina on Sunday afternoon at 11 a.m. CT. The game will be carried live on the SEC Network with Pam Ward and Cheri Kempf.