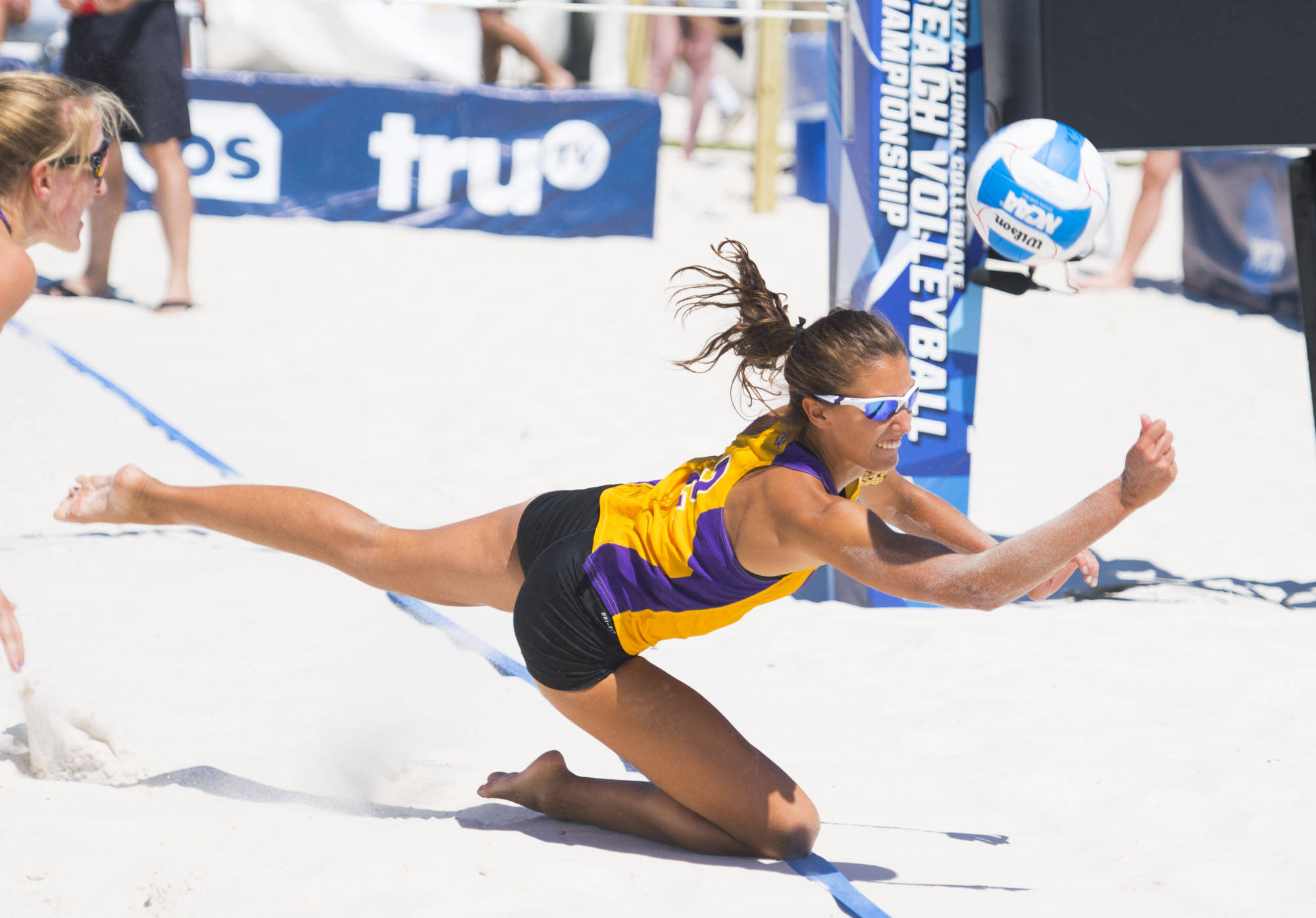 GULF SHORES, Ala. – The seventh-seeded LSU beach volleyball team concluded its season on day two of the NCAA Championships, falling to Hawaii by a final score of 3-0 in the elimination match at the Gulf Shores Public Beach.

The Tigers finish their remarkable year by compiling the best record in program history at 27-8. LSU finished with a 1-2 record at its first NCAA Championships, picking up the school’s first-ever victory at the tournament against the No. 6 seed Long Beach State on Friday.

“To get to this point, it didn’t feel like we were done, but ultimately, the score decides if you’re done or not. What I know for sure is that every pair that went out there battled, gave it their all and played as hard as they could,” said head coach Russell Brock.

“It was an incredible season, and it was almost magical the way things played out. Every player on our team knows that we can be better. We now know how much better we have to be, and it’s really not that far away.”

On court three, Katie Lindelow and Olivia Powers had their winning streak snapped at 15 matches, falling in a two-setter at 21-16, 21-12 as Hawaii took the match by a final score of 3-0.

Overall, freshman duo Claire Coppola and Kristen Nuss wrapped up the season with a team-high 27 wins. Powers and Lindelow notched the second-most wins on the squad, boasting an impressive record of 25-4.

Three seniors also concluded their careers at the tournament. Lindelow will leave the program as the all-time leader in match wins at 82 to cap off a stellar four-year career. Leak and Molle follow in second and third on the all-time wins list with 72 and 61 victories, respectively.

“I told the seniors it will never be possible to diminish what they did for our program, and it will be difficult to replace what they mean, but we will have a lot of young players who are returning, and they are key players,” added Brock.

“We’re super excited looking forward with the recruits we have coming in, and our exposure in this type of environment gives us access to bigger and better things down the road. It was a great weekend, a really positive season and we’re really excited on our outlook moving forward to be even better.”