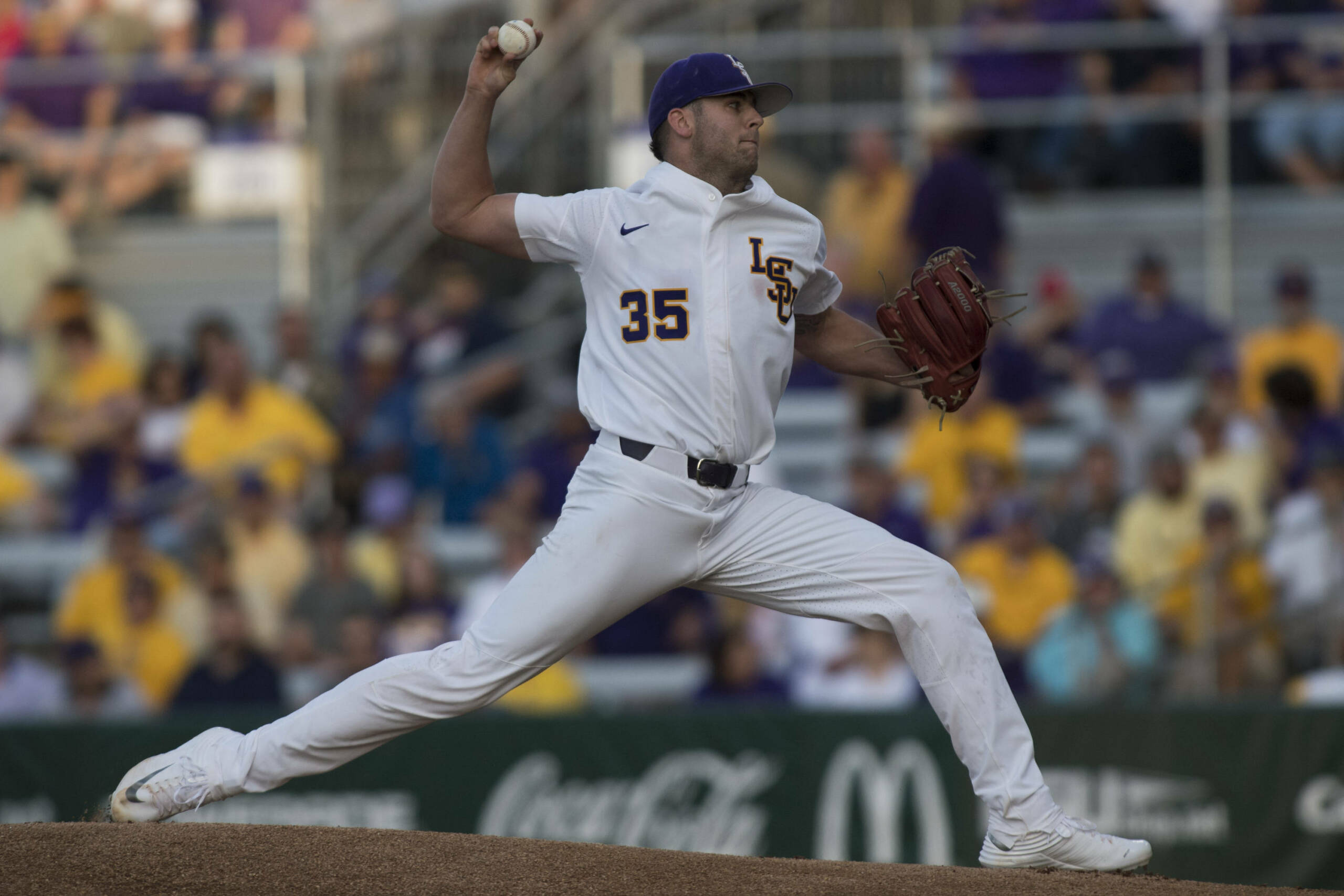 Left-hander Josh Reagan entered in relief for the Gamecocks and fired three shutout innings, allowed one hit, struck out two and earned the win, improving to 5-1 on the season

Tyler Johnson pitched the final 1.2 innings and earned his eighth save of the season. The right-hander allowed one hit, walked three and struck out one.

“Alex just kept battling hard, and he dominated the game from the third inning on,” said LSU coach Paul Mainieri. “He seemed like he got stronger as the game went on and gave us a good chance to win. Unfortunately, we just couldn’t cash in on some opportunities, and we end up losing by a run.”

Game 2 between LSU and South Carolina will be Saturday at 7 p.m. CT. The game will be televised on the SEC Network. It will also be broadcast live 98.1 FM in Baton Rouge only. Fans can also go to LSUsports.net for live stats and audio.

South Carolina took the 3-0 lead in the top of the second. Third baseman Jonah Bride led off the inning with a single up the middle. With runners on first and second after centerfielder TJ Hopkins drilled a one out single to left field, designated hitter Alex Destino singled through the right side to drive in Bride.

With runners in scoring position and two outs, shortstop Madison Stokes drove in two runs with a single up the middle.

In the bottom of the fourth inning with one out, shortstop Kramer Robertson launched his fifth home run of the year to left field, as LSU trailed South Carolina, 3-1.

The Tigers pulled within one run in the bottom of the fifth inning after back-to-back singles by Michael Papierski and Zach Watson led to a double steal to put runners in scoring position with no outs. Papierski scored on a wild pitch to cut the South Carolina lead to 3-2.

LSU had opportunities to tie the game or take the lead, but Reagan and Johnson combined to blank the Tigers over the final four innings.

“We’re going to need to put this one behind us quickly,” Mainieri said, “because we can still win this series, and the league standings are still going to be bunched up going down the stretch. The best thing we can do is forget about tonight, come back tomorrow with a good, positive attitude and leave it all out on the field again.

“I thought our kids really played hard tonight, but the difference between winning and losing in this league is razor-thin, and tonight we were on the short end of it.”