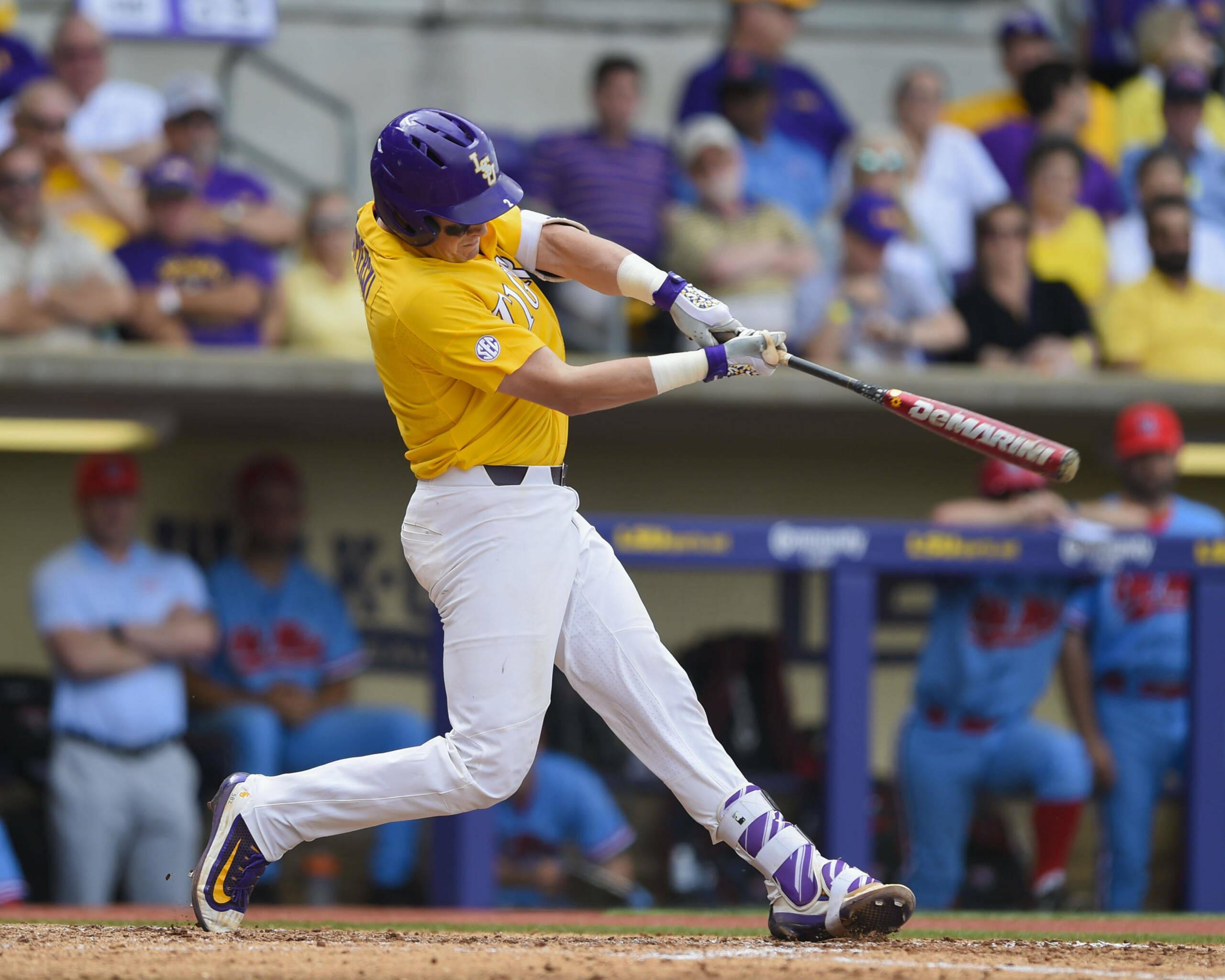 The games will be carried on the LSU Sports Radio Network (WDGL 98.1 FM in Baton Rouge), and the radio broadcast may be heard at www.LSUsports.net/live,

“All of our goals that we set at the start of the season are still in front of us, and these final three weeks of SEC games will write the story of our season, beginning this weekend with South Carolina.,” said LSU coach Paul Mainieri. “We are very aware of how athletic this South Carolina team is, and they have a tremendous pitching staff full of outstanding arms. They were a preseason Top 5 team in the polls, so we know they present a huge challenge. We’re looking forward to a great weekend of high-level, competitive baseball between two excellent teams.”

LSU junior rightfielder Greg Deichmann is No. 2 in the league in home runs (15), RBI (53), total bases (113) and slugging percentage (.669). In LSU’s series sweep at Alabama last weekend, Deichmann hit .417 (5-for-12) with one homer, four RBI, two runs and two stolen bases, and he threw an Alabama runner out at the plate from right field.

Deichmann collected a career-high four hits in Friday’s win over the Crimson Tide, driving in two runs. He gave the Tigers a 2-0 lead in the first inning of Game 3 on Saturday, blasting his 15th homer of the season.

The Tigers will face South Carolina staff that is No. 6 in the league in team ERA (3.55), and right-hander Adam Hill, the Gamecocks’ Game 2 starter, is eighth in the SEC in individual ERA (2.30).

The LSU pitching staff is No. 9 in the SEC with a 3.93 ERA, and the Tigers have limited opponents to a .241 cumulative batting average while averaging 9.10 strikeouts per game.

South Carolina is No. 11 in the league in hitting with a .268 team batting average, and the Gamecocks have hit 39 home runs, one fewer than LSU. South Carolina’s leader hitter is sophomore utility player Jacob Olson, who is batting .315 with eight doubles, one triple, five homers and 23 RBI.

Sophomore infielder LT Tolbert is hitting .308 with six doubles, one triple, three homers and a team-best 29 RBI, while junior outfielder Alex Destino leads the Gamecocks with six homers, and he has collected 27 RBI.