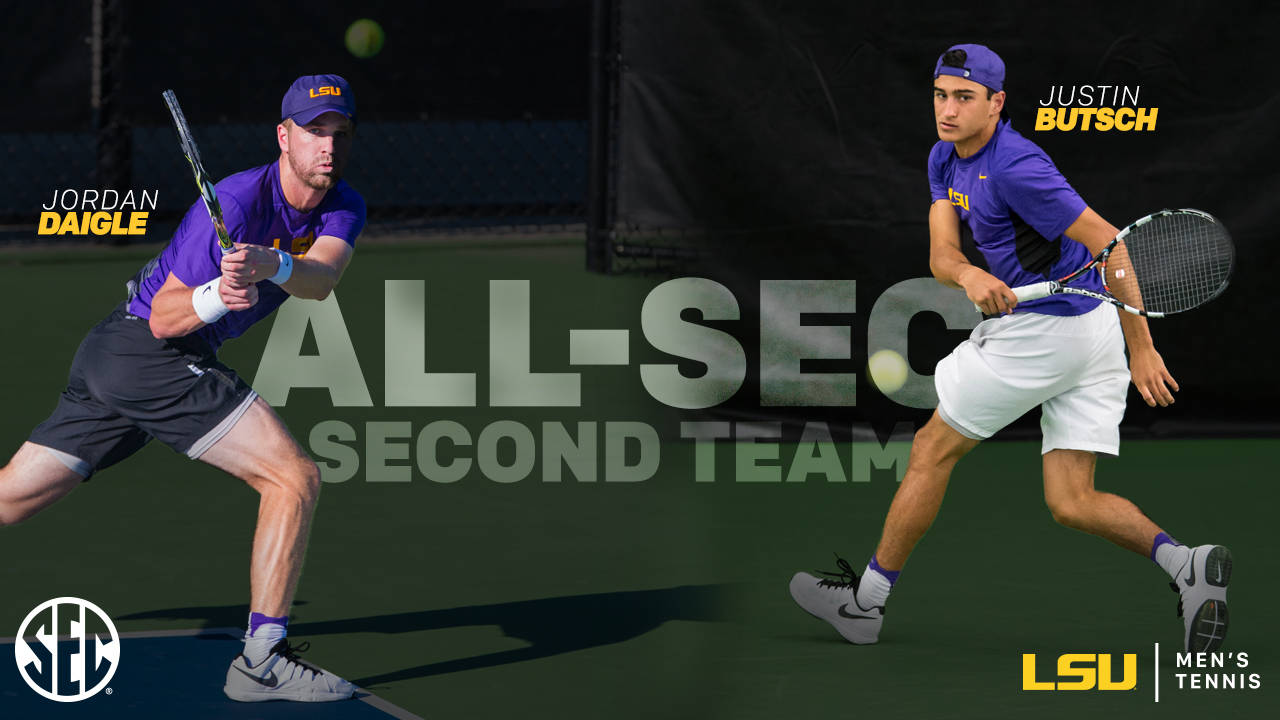 BIRMINGHAM, Ala.— After strong performances on the top two courts this season, seniors Justin Butsch and Jordan Daigle have been named second team All-SEC, the conference announced Wednesday.

This season, Daigle owns a 12-13 record, including nine wins on court one. The Lafayette, Louisiana native is No. 36 in the ITA Singles Rankings and hasotched wins against seven ranked opponents throughout the season, including No. 8 Alfredo Perez (Florida), No. 16 Will Bushamuka (Kentucky), No. 32 Timo Stodder (Tennessee), No. 52 Gabriel Freidrich (South Carolina), No. 54 Daniel Valent (Vanderbilt), No. 55 Sasha Gozun (South Florida) and No. 70 Ryan Peniston.

Butsch has a 23-12 overall record this season and is ranked No. 72 in the ITA Singles rankings. The Miami, Florida native was 7-5 on the season in SEC play and recorded wins against five ranked opponents. He has etched his way into the LSU all-time singles wins record as he sits in sole possession of 10th all -time with 93 career singles victories

The seniors paired to play the No. 1 doubles court this season for the Tigers. They notched a 16-11 overall record, including six wins against ranked opponents.