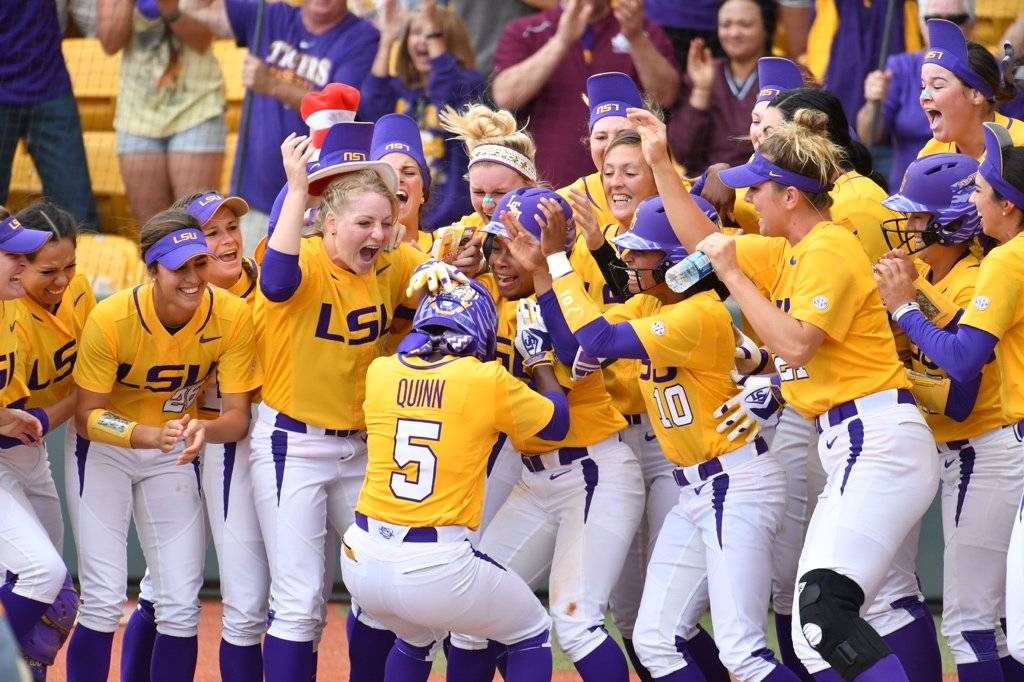 BATON ROUGE, La. – LSU senior infielder Constance Quinn broke a scoreless deadlock in the bottom of the seventh inning with a solo home run in the first at-bat of the frame to earn a 1-0 victory for No. 16 LSU over No. 11 Tennessee Sunday afternoon at Tiger Park in Baton Rouge.

Thanks to a complete-game, one-hit shutout in the circle from junior pitcher Allie Walljasper (12-3), the Tigers (34-14, 9-9 SEC) didn’t need any more at-bats to keep the game from going to extra innings as Quinn had a 1-1 count and drilled the third pitch of the showdown over the fence in left to give LSU the win on her first long ball of the season, snapping Tennessee’s (41-6, 13-4) 20-game winning streak in the process which was the longest active streak in the country.

A pitcher’s duel from the jump between Walljasper and Tennessee’s Caylan Arnold (18-5) was evident from the first few innings as neither side was able to get much more than one to two runners on base over the course of the contest, with none getting to third until Quinn’s rocket in the seventh. The two sides each earned their respective hits in the second inning of the game, as Walljasper retired the side in four of the seven innings, while Arnold did so in three.

Walljasper finished the game and earned her team-leading fifth shutout of the season in the process by striking out four and walking two. She tossed 95 pitches in the contest, with 64 for strikes, while Arnold struck out six and walked one, taking the loss after earning the win the day before.

With a 1-1 count on the board in the first at-bat in the bottom of the seventh, Quinn blasted a pitch over the fence in left for the walk-off solo home run to win the game for LSU.

“Getting a win against Tennessee is huge. The two people who really stepped up today are very deserving of great performances, Allie (Walljasper) and Constance (Quinn). Both of them have been continuing to push, doing the right thing and leading this team. The two of them have been huge leaders for us. I think the fact that those are the two heroes of the day is very fitting.”

“When they play ‘I’m from Louisiana,’ obviously, I am not from Louisiana, but it is a reminder of who we do this for. It reminds us to loosen up a little bit and have fun. All of us, we play so well when we have fun. It was unbelievable. It was an unbelievable feeling to know that I am doing this for the team. Honestly, without Allie (Walljasper) pitching an awesome game we would not have been in that situation.”

“The defense was great behind me. I was just trying to keep them off balanced and was trying to hit my spots.”

LSU will be back in action on Tuesday, taking on the South Alabama Jaguars at 6 p.m. at Tiger Park.