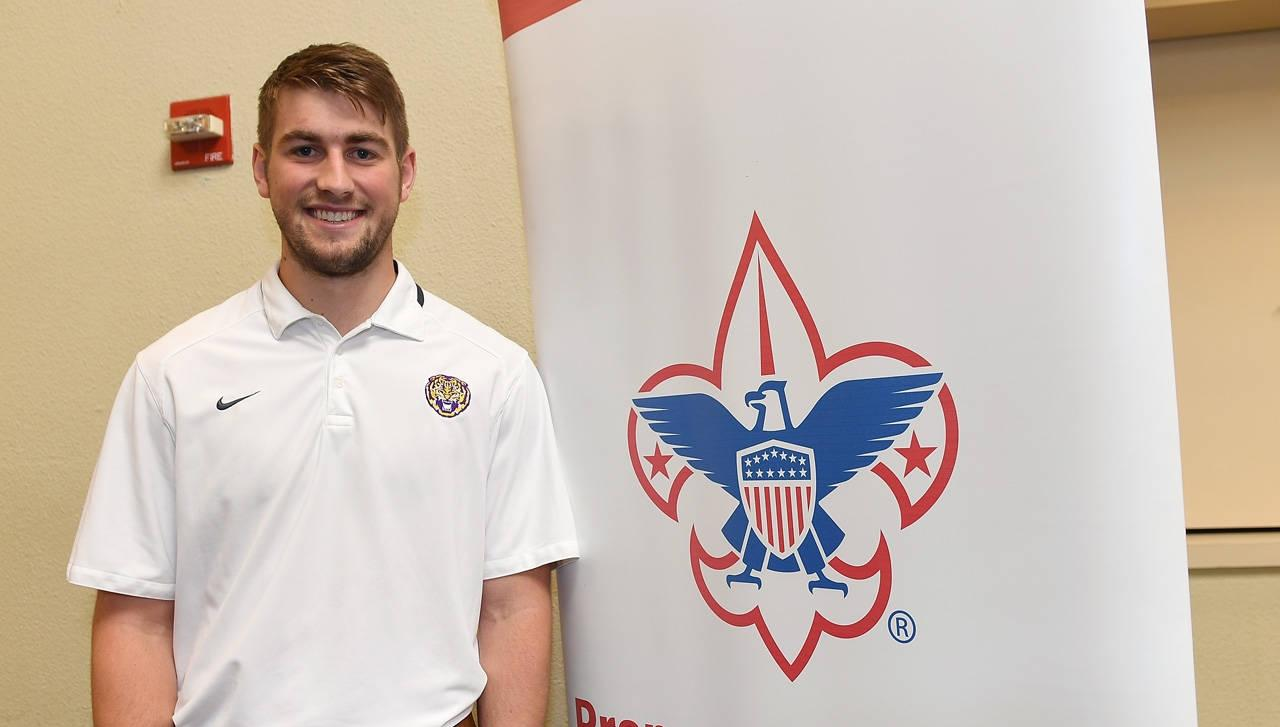 BIRMINGHAM, Ala. – LSU junior quarterback Danny Etling was today named to the 2016 SEC Football Community Service Team the league announced ahead of this weekend’s SEC Championship Game in Atlanta.

The SEC names a Community Service Team for each of its 21-league sponsored sports, looking to highlight an athlete from each school who gives back to his community through superior service efforts.

The Terre Haute, Indiana, native has played in nine games for the Tigers this season, starting each of the last eight games for the team at quarterback. Etling has thrown for 1,582 yards and seven touchdowns, completing 58.5 percent of his passes for an average of 175.8 yards per game.

Away from the field, Etling is a member of the Boy Scouts and achieved Eagle Scout status. He routinely spends free time in community giving back and using his LSU accomplishments to help inspire others. Etling is also an active participant in LSU’s CHAMPS/Life Skills program.

Etling was also a first-team CoSIDA Academic All-District selection, and if selected as an Academic All-American would be the first since 2005.