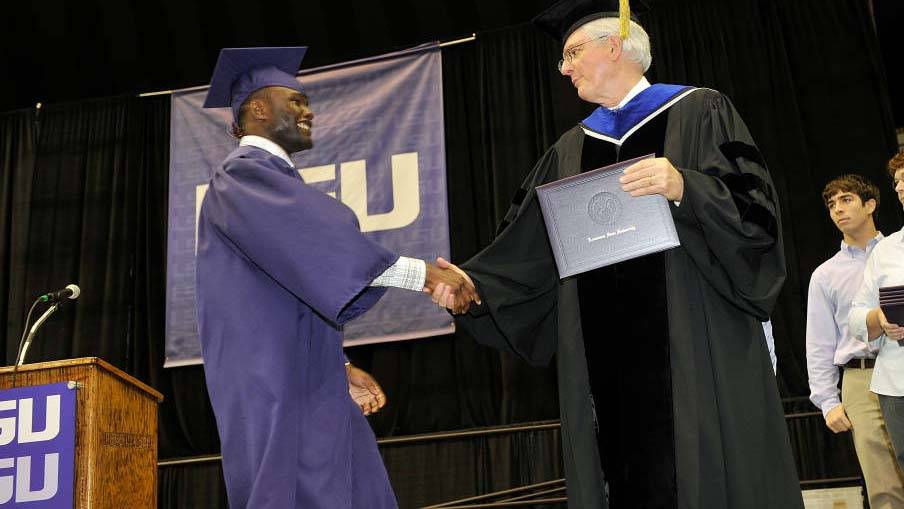 BATON ROUGE – LSU Athletics is calling on fans far and wide to help one of their own as the Tiger Athletic Foundation has established the Gabriel Mvumvure Fund to assist LSU’s former NCAA Champion sprinter in his fight with kidney failure with all contributions going toward his future transplant and recovery.

Donations to the Gabriel Mvumvure Fund are now being accepted through the philanthropic page on Tiger Athletic Foundation’s official website at http://www.lsutaf.org.

Mvumvure, a 28-year-old native of Zimbabwe who lined up for the Tigers for four seasons from 2008-11, was recently diagnosed with kidney failure after returning from this summer’s Rio Olympics due to chronic long-term high blood pressure. Funds are now being collected to cover costs from the time of his original diagnosis, as well as a kidney transplant and recovery that could total as much as $250,000.

A December 2011 graduate from LSU with a degree in international studies, Mvumvure has lived in Baton Rouge since his graduation. His transplant surgery will be performed at Tulane Medical Center in New Orleans.

Donate to the Gabriel Mvumvure Fund

Mvumvure arrived on LSU’s campus as a mid-term enrollee in January 2008 from the Zimbabwean capital of Harare as one of Africa’s top sprint prospects. While studying international studies and political science in his time as a student, he helped the Tigers continue their proud tradition of excellence on the track while being crowned an SEC and NCAA Champion in the 4×100-meter relay in his freshman season.

Mvumvure would go on to earn three All-America honors as a member of LSU’s sprint relay team while also starring in the 100-meter and 200-meter dashes in his four seasons in Baton Rouge from 2008-11.

In that time, he helped the Tigers earn six trophy finishes as a top-four team at the NCAA Championships while finishing fourth indoors each year and also tying for second place in 2008 and placing fourth in 2011 during the outdoor season.

Mvumvure has never slowed down after leaving the program as he has now represented Zimbabwe at the highest level of the sport, including four World Championship appearances before making his Olympics debut in Rio de Janeiro this summer all while continuing to live and train in Baton Rouge under head coach Dennis Shaver.