Volleyball Falls in Finale To Alabama 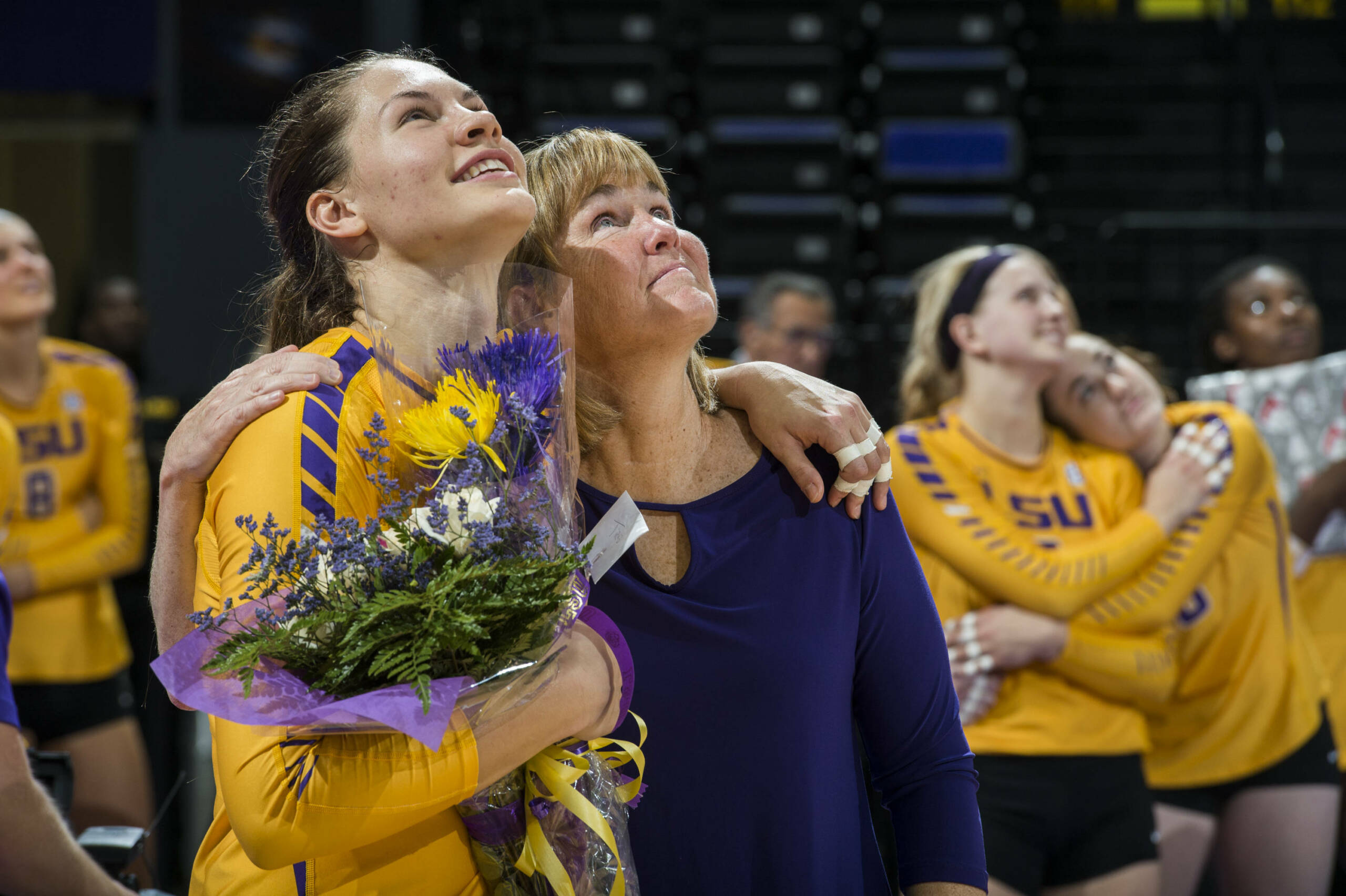 The Tigers close the season with a record of 9-20 and 4-14 in the conference. Alabama moved to 20-11 and 9-9 in the SEC. In the match, LSU hit .101 compared to Alabama’s .217 hitting percentage. The Crimson Tide was led by the SEC Player of the Year Krystal Rivers who totaled 30 kills.

Gibson finished the night with 10 kills on 20 attempts for a .400 hitting percentage. The South Dakota native closed her career as a Tiger with 308 kills and 125 blocks in 53 matches.

Flory’s Thoughts
“I thought we started really well today, and about halfway through the match the wheels came off,” head coach Fran Flory said. “I thought we had a really good game plan and controlled their offense to begin with. Our defense was good but not great and we lost our offense today.”

“Tiara had a great night and hit .400 with 10 kills. It’s what we can expect from a senior. She did what she could tonight. She gave us what she physically could give us. Tiara has been a great addition to our program, and I am sad we only had her two years because she has matured so much as a person and as a player. She’ll have a bright future but she learned some valuable lessons with us. Those are lessons that she can carry on in the future.”

First Set
LSU was able to start out strong in the opening set with a .276 hitting percentage and just four errors. The Tigers split with six players knocking in 12 kills total. On the other side, Rivers totaled eight kills for Alabama and a .353 hitting percentage. The Tigers dominated early on and led by seven points on two occasions. After LSU led 20-13, the Crimson Tide went on a 5-2 run to force LSU to take a timeout. The Tigers were able to stabilize and win the opening set, 25-21.

Second Set
Alabama dominated the second set to even the match at one. Behind a .343 hitting percentage and nine kills on just 14 attempts from Rivers, the Crimson Tide won 25-20. Alabama never relinquished the lead in the set and got out to an 11-5 start. UA continued to hold on to the lead and led by as many as nine points before LSU was able to close in and reach 20.

Third Set
Alabama controlled defensively with 11.5 blocks in the set to win 25-19 and take a 2-1 lead. The Tigers just totaled eight kills in the set and hit -.100. Rivers once again led the way with six kills but on 23 attempts thanks to 17 digs for the Tigers.

Final Set
LSU hit just .075 in the final set while the visitors hit .263 with 14 kills. In the set, the Tigers dug 20 balls and added two blocks. Gibson and Mukes led the way in the fourth with three kills each. Alabama got out to a fast start once again and forced the Tigers to take timeouts with an 11-5 lead and 17-9 lead. LSU was able to fight off three match points but ultimately the Crimson Tide took the final set, 25-18.

Team Notes
>> Freshman Sydney Mukes closed her first season on campus with 11 kills to lead the squad. It marked the second time in the last three matches Mukes has led the way in kills. The freshman totaled 186 kills over the season for third on the team.

>> Libero Kelly Quinn led the team in digs with 16 for the seventh-straight match. Quinn totaled 301 digs on the season.

>> Defensive specialist Cheyenne Wood totaled 15 digs Saturday for second on the team. She finished as the team leader in digs with 369.

>> Gina Tillis ended with 12 digs on the day. She did not have a kill for just the second time this season but finished as the team leader in kills with 333 for 2016.

>> Middle blocker Olivia Beyer finished third on the team with eight kills. To wrap up her season, Beyer totaled 110 for fifth on the team.

>> Toni Rodriguez ended with seven kills on 32 attempts. Rodriguez was one of five players on the squad to total more than 100 kills for the season.

>> Freshman Anna Zwiebel and sophomore Lindsay Flory split time at setter and each totaled 17 digs. In her first season, Zwiebel finished with 747 assists. Flory totaled 295 assists for the Tigers.