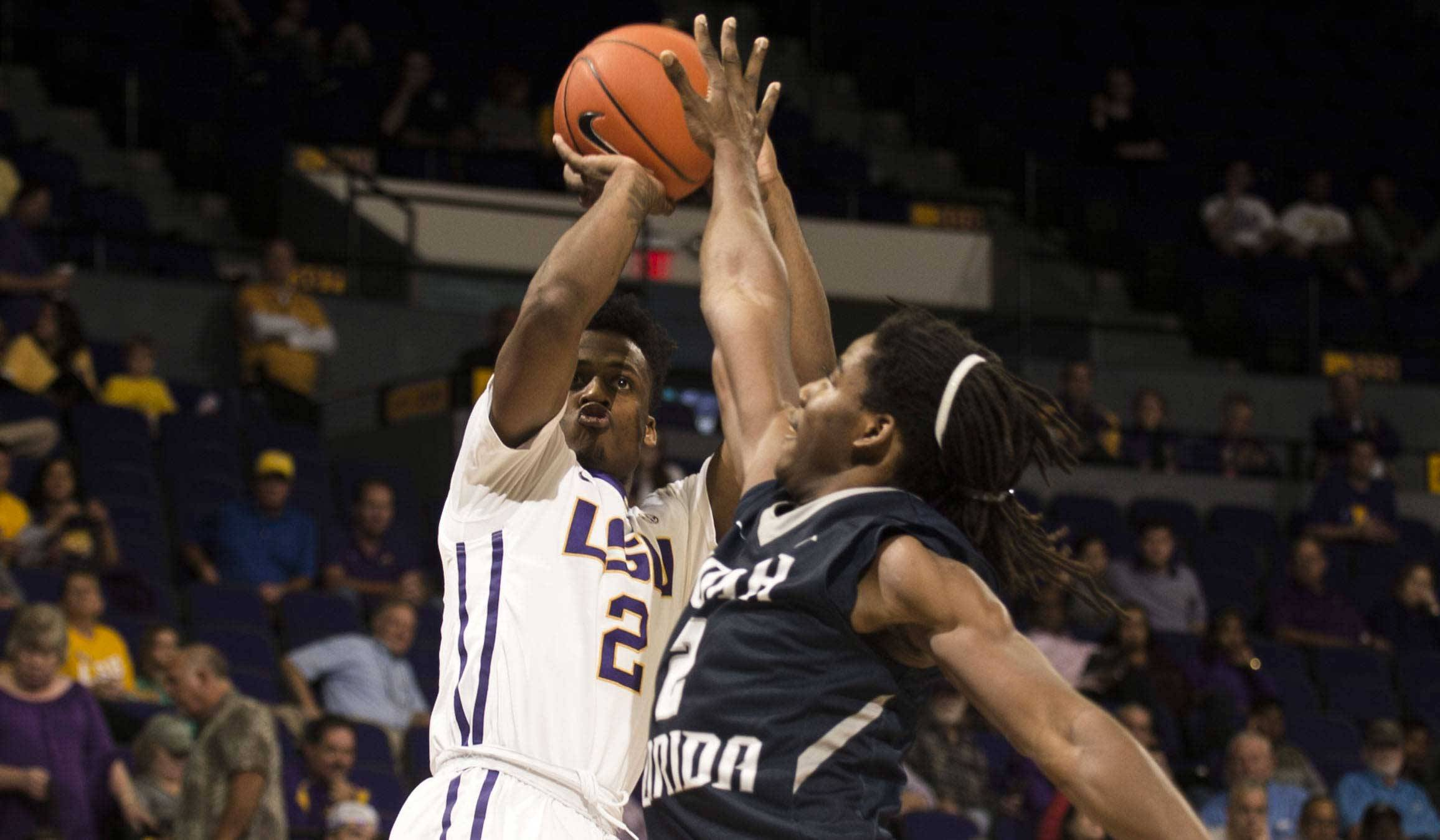 PARADISE ISLAND, Bahamas – The LSU men’s basketball team finished the Battle 4 Atlantis with a 1-2 record after falling to VCU, 85-74, Friday evening in the fifth place game of the tournament.

The Tigers offense was able to get its 74 points off nearly 49 percent field goal shooting, but was unable to get enough consecutive stops to make up a deficit that stretched to as much as 19 points with 7:36 to play in the contest.

LSU falls to 4-2 on the year heading back to Baton Rouge for a Tuesday night 8 p.m. home game with Houston, while VCU is now 5-1 on the year.

Antonio Blakeney and Skylar Mays had 14 points each to lead LSU while Duop Reath kept his streak of consecutive double figure scoring games going with 13 points. Both Blakeney and Reath were 6-of-11 from the field and Mays was 5-of-7. Jalyn Patterson had seven assists and Reath had five boards as LSU out rebounded the Rams, 36-33.

JeQuan Lewis had 19 points, 9 assists and 3 steals to pace VCU with Justin Tillman getting 17 and Samie Doughty 12.

LSU continued to have turnover problems with several unforced passes that led to 18 turnovers, 14 VCU steals and 19 Ram points off turnovers.

“I thought we did a pretty good job in the first half,” LSU Coach Johnny Jones said. “We kept the score close and they shot 41 percent from the field. Unfortunately we gave up eight offensive rebounds. But we came back out in the second half and did a good job on the offensive end, setting some screens, finding open players, and guys making plays at the basket. Unfortunately, we turned the ball over in the second half and I that helped them. When we turned the ball over, it was a quick and easy scoring opportunities for them and they feed off that.

“They shot 58 percent in the second half and that was a breakdown,” Jones said. “When they had the opportunity to get to the rim and shoot uncontested lay-ups, that was a big difference. We’ve got to make sure we are good defensively … We will clean some of those things up and know we can get better on the defensive end of the floor.”

VCU outscored LSU, 40-33, in an up and down first half, before the Rams began to sustain their will, getting buckets off LSU misses and then the Tigers were also unable to get stops on the other end after scoring.

“They are an up-tempo team and like to try and speed you us, but that is how we play,” Coach Jones said. “But the thing is, you can’t get a team like that comfortable and making plays. They had some guys make some shots.”

VCU turned a two-point 4-2 LSU lead into their advantage and never were tied or behind after the first 1:45.

Lewis had an early three-pointer for the Rams to give VCU a 5-4 lead and two more free throws pushed the lead to 7-4. The Tigers four times in the next five minutes cut the lead to one, but then after a Reath layup made it 13-12 (13:50 first half), VCU got seven straight points while LSU missed four shots and had two turnovers to push the lead to 20-12 with 10:42 in the half.

LSU would get it back to two on two occasions, the first at 25-23 when Mays came off the bench to hit a three-pointer and then after a VCU turnover, he moved down the lane to take an Aaron Epps pass for a dunk. The Tigers also had it at 29-27 with 4:21 in the half on a Blakeney bucket but VCU pushed the lead to seven at the half, 40-33.

The teams traded buckets early with LSU cutting the game to six, 49-43 on an Epps three-pointer before Justin Tillman had a dunk, Samir Doughty a bucket and Jonathan Williams a layup to put the lead to double figures at 55-43 (14:34 left in the game). There were no major VCU runs the rest of the game, just opportunities for easy buckets off turnovers and matches of LSU when the Tigers scored on the other end.

In fact, the Tigers continued to play with some passion, outscoring VCU 13-5 over the final 3:50 to get the game down to the final margin.

“We got off to a better start in the second half,” said VCU Coach Will Wade. “We haven’t given any ground like we did in the Baylor game. I was a little disappointed because we traded baskets. But we ended up guarding pretty well there for a stretch … We got the stops when we needed to and we got enough rebounds to get the job done.”

Still and all, Coach Jones felt the tournament with a strong field was a good growing experience for his Tiger team.

“The beauty about this tournament is you have tremendous talent,” the fifth-year LSU coach said. “You have really good teams here. The inexperience with our team, we have the opportunity to grow up. I am talking about from day one. We know we can take valuable lessons from this that they can compete at a certain level. Now we have to put things together.”

Check LSUtix.net for Black Friday and Cyber Monday ticket specials for Tuesday’s game at home with Houston. Follow updates on LSU Basketball at www.Facebook.com/LSUBasketball and on Twitter @LSUBasketball.