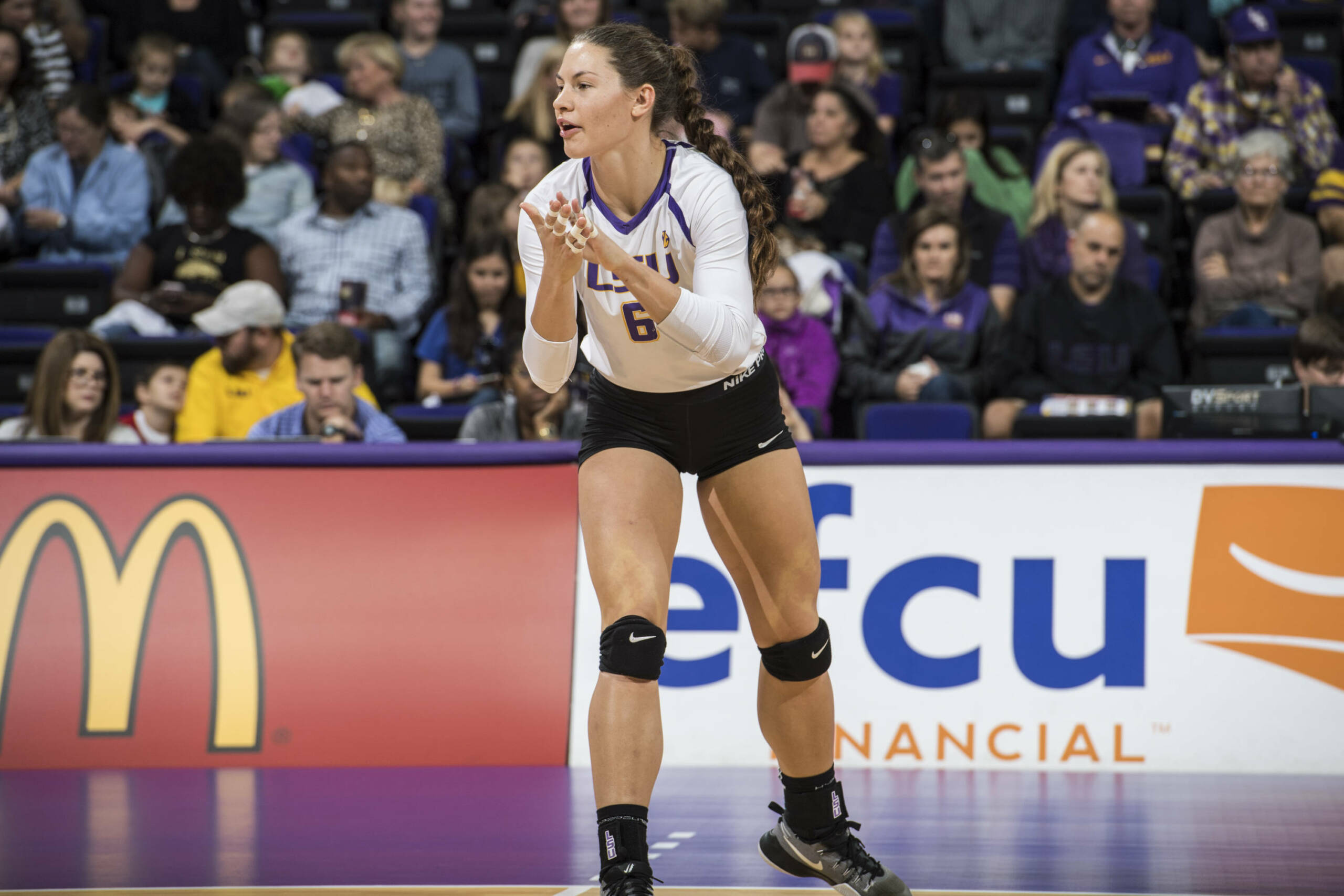 A transfer from Clear Lake, S.D. and South Dakota State in January 2015, Gibson has played and owns a start in every match this season. After amassing 68 kills in her first season in Baton Rouge, Gibson owns 230 kills this season for 298 in her career.

The match between the Tigers and Crimson Tide will be streamed live on SECNetwork+. Fans can watch the action online through WatchESPN.com and the Watch ESPN app. The senior day ceremony honoring Gibson will take place after the match on Saturday.

Fran’s Thoughts
“There were a lot of positive things about our last match against Texas A&M, and I am hopeful that we can carry that into Saturday,” head coach Fran Flory said. “Alabama has the SEC player of the year in Krystal Rivers and they are playing for something. She will be a challenge and we have to limit her and control the rest of the group.”

Match Promotions
In the final home match of the season, the team will honor the lone senior, Tiara Gibson, in a presentation after the match. In honor of National Cake Day, fans will also be served cake as they enter the Maravich Center. Admission to all matches at the Maravich is free and fans are reminded to Geaux Clear.

Last Time Out
In its final road match of the 2016 season, the LSU volleyball team fell 3-1 in a 25-17, 25-27, 25-18, 25-22 loss at the hands of Texas A&M. LSU hit .158 in the match and limited A&M to a .192 hitting percentage for its third-worst output of the season. The Aggies’ 29 attacking errors were also the squad’s second most in a match this season in most in a conference match. Olivia Beyer led the way for LSU with 12 kills on the night. Anna Zwiebel totaled 34 assists and 16 digs in the match for her seventh double-double of the season.

A Look at Alabama
The Crimson Tide are coming off of a 3-2 win over Ole Miss on Wednesday to move to 8-9 in the league. Alabama is led by Rivers who totaled a career high 35 kills against the Rebels to become the school’s all-time leader in kills. Rivers has dominated the league in kills this season with 675 at 5.82 per set. As a team, Alabama is seventh in hitting percentage and kills. Defensively, the visitors are eight in digs and 12th in blocks.

>> Sydney Mukes has been a large contributor in her first season. Mukes owns 175 kills in 88 sets played for an average of 1.99 kills per set.

>> Kelly Quinn has served as the libero most recently and owns 285 digs on the season. Quinn works defensively with Cheyenne Wood who owns 354 digs for the season.

>> Zwiebel and sophomore Lindsay Flory have split time at setter this season. Flory owns 278 assists and Zwiebel owns 730 for the season.

>> LSU leads the all-time series over Alabama, 34-26. The Crimson Tide own a three-match win streak over the Tigers dating back to the 2014 season.