Basketball Gets Win Over ODU in Battle 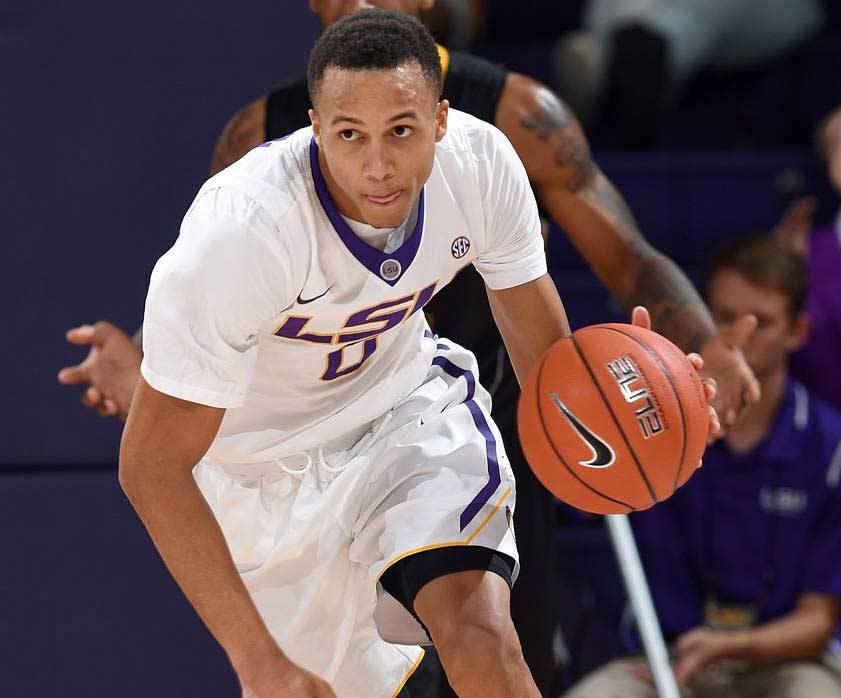 PARADISE ISLANDS, Bahamas – The LSU Tigers rallied from six points down at the halfway point of the second half to outscore Old Dominion, 32-20, the rest of the way to score a 66-60 win over the Monarchs in the consolation semifinals of the Battle 4 Atlantis late Thanksgiving night at the Imperial Arena.

The Tigers will meet VCU, a 75-69 winner over St. John’s in the game for 5th place that will lead off the night session on the final day at 6 p.m. CT. The game will be broadcast on the full LSU Sports Radio Network (Eagle 98.1 FM in Baton Rouge) and broadcast nationally on AXS-TV.

LSU’s Brandon Sampson and Duop Reath combined for 40 of LSU’s 66 points on the evening as Sampson had 24 points, a career high, that included 7-of-10 from the field, a three-pointer and 9-of-9 from the free throw line. It was those free throws that would be critical down the stretch for LSU.

Reath had his fifth consecutive double figure game to open his LSU career and his second double double with 16 points, 10 rebounds and two blocks. Reath was 6-of-11 from the field with two treys and 2-of-4 from the stripe.

Wayde Sims had eight points and a couple of crucial free throws to wrap up the game.

Ahmad Caver had 11 points to lead ODU, now 2-2 on the year, while Trey Porter had 10. Brandan Stith and Jordan Baker had nine each.

“I thought it was a great bounce-back win for us tonight, playing against a very tough opponent last night and then facing another tough opponent in back-to-back games like that” said LSU Coach Johnny Jones. “We knew that team (Old Dominion) would be a battle for us, but I thought our guys did a great job of focusing and playing a hard-fought 40 minutes of basketball tonight on both ends of the floor and did a great job of closing the game down the stretch, which was a must for us.”

After a tight first half in which there were three ties and eight lead changes that had Old Dominion up 25-23 after 20 minutes, the teams traded the lead back and forth until LSU had a 34-32 advantage with 13:44 to play on a three-point play by Sampson.

But ODU tied the game on a jumper by Brandon Stith, starting an 8-0 run for the Monarchs as B. J. Stith got a layup, Porter had a jumper for a basket and Randy Haynes scored to make it 40-34 with 10:36 to play.

LSU then went to work and in just under two minutes had the lead back for good. Sims contributed but it was mainly Reath, who had a three in the stretch, and Sampson, who gave LSU the lead for good on a bucket and free throw at 45-44 (8:42), that did much of the damage as an 11-4 run would put LSU up 47-44 at the 7:42 mark.

“The main thing is what we tried to do is make sure we kept the floor spaced,” said Coach Jones of the second half. “We wanted to make sure we shared the ball, got it from one side of the floor to the other and we didn’t quick-shoot it. And when we don’t do that, it allowed us to have better opportunities inside or out. When we don’t have good inside plays, we can kick it out and guys get their feet set and they can knock down shots. Then we did attack the basket better than we did last night.”

The Tigers built a seven-point, 55-48, advantage on a Skylar Mays bucket and went to the final media timeout up 57-41 at the last media timeout.

ODU made a couple of threes to get the game to 60-57 with 41 seconds left and 63-60 with 13 seconds left, but Sims hit 3-of-4 attempts in the last 30 seconds and Sampson made his final two attempts on his perfect night at the line to wrap up the game.

Sampson in the press conference talked about the difference in the two games. “It was definitely a big learning experience,” he said. “We talked about it a lot after the game, talked about what we had to do and all the things we didn’t do right. I mean, basically, I could tell it was hard for all out teammates to sleep on a game like that (vs. Wichita State). So I think we just all came with the right mindset (Thursday) and didn’t want to have that same feeling. So I just think we came out with a different type of mentality today.”

In the end, LSU shots 60 percent in the winning half after shooting less than 30 percent in the first half against Wichita State in what proved to be the deciding 20 minutes in the two games.

“I’m not sure if it came easier,” Coach Jones said of the shooting. “… I was more concerned (Wednesday) defensively because of the points we gave up and allowed teams to make runs. I thought (Thursday) we were better defensively and when we did have lapses in offense, it gave us a chance to at least hold our opponent down. Then we got back in a comfort zone and got in a rhythm really in the second half making play and making the right passes, right reads. I thought our guys did a good job of being patient and letting the offense work.”

“We were atrocious on the offensive end,” said ODU Coach Jeff Jones. “We didn’t execute. It started our very first possession to the very last possession. When we did get shots, you scroll down and we had no one to put the ball in the basketball. We’ve got to be able to finish. You’ve got to look at the fact they shot 60 percent in the second half – you can’t win if you’re not executing, you are not putting the ball in the basket and your opponent is scoring at that rate. We got exactly what we deserved.”