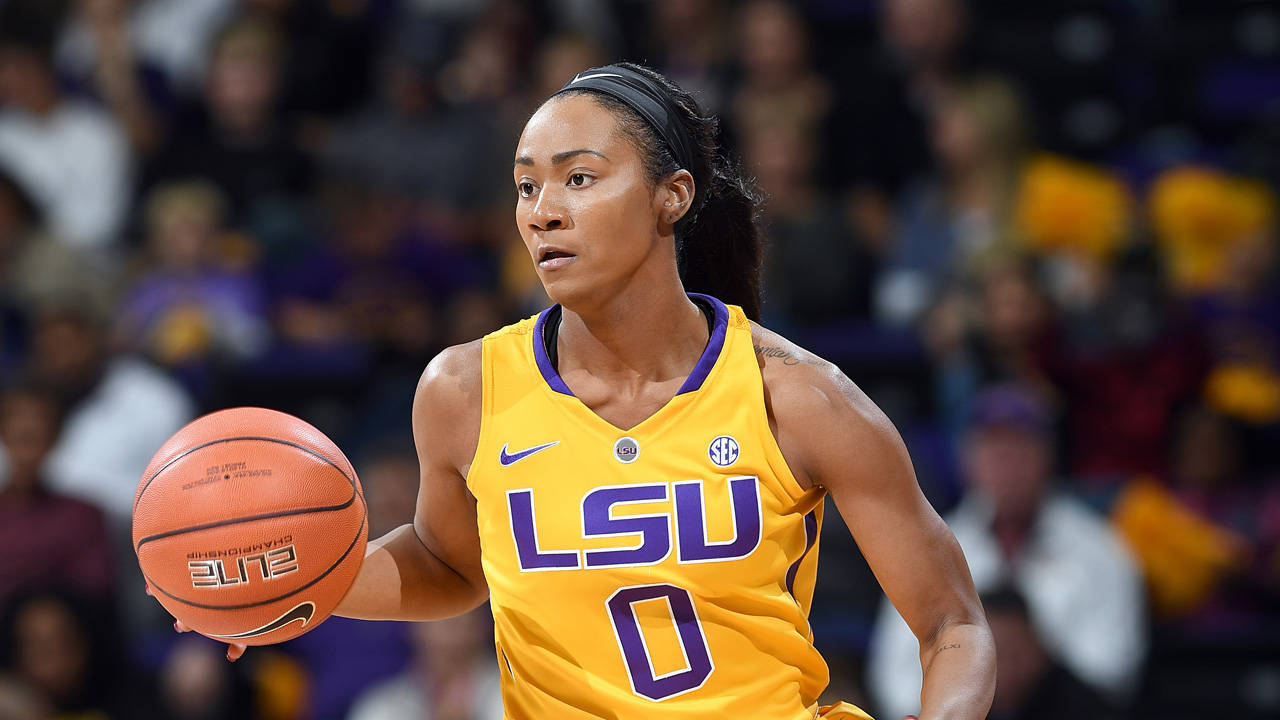 St. Thomas, USVI — The LSU women’s basketball team opened the Paradise Jam tournament with a 78-45 win over the UTEP Miners here at the UVI Sports and Fitness Center Thursday afternoon. The Lady Tigers improve to 4-1 on the year and UTEP fell to 1-3.

Shanice Norton led the Lady Tigers in scoring with 15 points and tied for the team lead in steals with five. She also had four assists and four rebounds. Chloe Jackson posted her first double-double of the season with 14 points and 10 rebounds. She also logged five assists and five steals.

“I thought our team did a nice job of defensively setting the tone,” said head coach Nikki Fargas. “We pressed and we were able to turn UTEP over and convert on those opportunities. When you are on the road, you have to bring your defense and your board play. I liked the inside-outside attack that we had. When you are efficient with moving the basketball and eliminating turnovers, it makes your offense look a lot smoother.”

The 78 points scored today was the most points for the Lady Tigers this year, and the 45 by UTEP was the lowest scoring by an opponent through five games. The 33-point margin was the highest for LSU since defeating Texas Southern by 50 points last season.

The Lady Tigers led 41-21 at the half after shooting 57 percent from the field and holding UTEP to a 26-percent shooting clip. Chloe Jackson led LSU at the half with 12 points, which included four free throws. She also had four steals and five rebounds at the half. Jenna Deemer was back to her old form, hitting both of her 3-point attempts in the first half.

UTEP jumped out to a 4-0 lead after LSU missed its first five shot attempts. The Lady Tigers tied the score up, 6-6, and then went on a 13-0 run to take the 16-6 lead, a lead they would never relinquish. LSU closed the first quarter with a 21-8 advantage and outscored the Miners, 20-13, in the second quarter.

The Lady Tigers used a 10-0 run to jump ahead by 30 points in the third quarter and UTEP hit its first shot of the third quarter, a 3-pointer, with 3:00 left in the period. LSU outscored UTEP, 37-24, in the second half.

For the game, LSU forced UTEP into 27 turnovers and scored 31 points off those miscues. The Lady Tigers also dished out 21 assists on their 31 shots. The two teams were evenly matched on the boards, with both hauling down 34 boards, but LSU dominated the defensive boards with 28.

The Lady Tigers will face Kansas State (3-2) on Friday at noon CT. Kansas State defeated NC State, 67-50, in the first game of the tournament. Kansas State holds the 3-2 series advantage over LSU. The most recent meeting was a 78-64 LSU win during the 1989-90 season.

The LSU Sports Radio Network will carry all of the Lady Tigers’ games of the tournament on its flagship station Talk 107.3 FM in Baton Rouge. The radio broadcast featuring Garrett Walvoord, is available for free at www.LSUsports.net/live. All games of the U.S. Virgin Islands Paradise Jam will stream live online at www.FloHoops.com. Fans can purchase a monthly or annual subscription to watch the games.

• This was the very first meeting between LSU and UTEP.
• Starters for LSU were: Raigyne Moncrief, Chloe Jackson, Shanice Norton, Alexis Hyder and Ayana Mitchell.
• LSU has used the same starting lineup in all five games this year. Last season, with all of the injuries, LSU had used three different starting lineups in the first five games.
• LSU is now 3-0 over Conference USA foes this season with wins over UTEP, Louisiana Tech and Rice.
• This is LSU’s second appearance in the Paradise Jam. The Lady Tigers faced Missouri State and Penn State in the inaugural tournament in 2000 that also featured Texas Tech. That year, all four teams in the tournament were nationally ranked.
• With the win today, LSU is 43-12 in regular-season tournaments, dating back to 1996. LSU’s last tournament championship was in the 2013 Barclays Invitational in Brooklyn, N.Y. LSU defeated Rutgers, 69-65, in the first round and Michigan, 64-62, in the title game.
• Alexis Hyder was held to just nine points and ended her double-digit scoring streak at 12 games. She was the first Lady Tiger to log 10-consecutive double-digit scoring games since Danielle Ballard did so from Jan. 15 – March 21, 2015.
• The Lady Tigers will put their 36-12 record against current members of the Big 12 on the line Friday when they face Kansas State.
• LSU has had a different leading scorer in each of the five games this season. Chloe Jackson led the way in her season debut with 19 points against LA Tech. Against Wake Forest, Ayana Mitchell dropped in a team-leading 16 points, and Alexis Hyder led LSU with 15 points versus Rice. Raigyne Moncrief turned it up against UConn and scored 15 points, and in today’s game against UTEP, Shanice Norton led with 15 points.