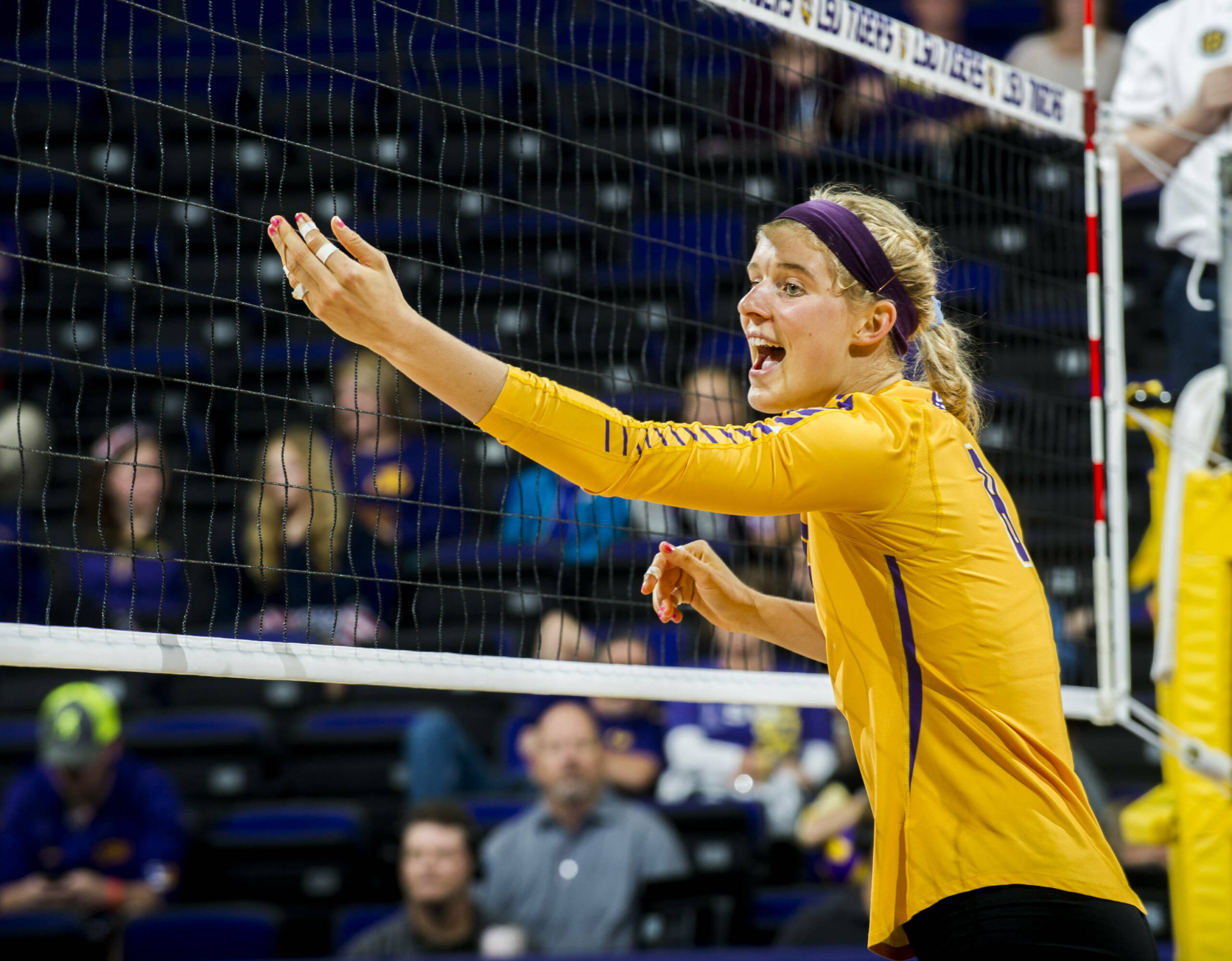 LSU dropped to 9-19 and 4-13 in the league with the loss. The Aggies improved to 20-8 and 14-3 in conference with the win. LSU hit .158 in the match and limited A&M to a .192 hitting percentage for its third-worst output of the season. The Aggies’ 29 attacking errors were also the squad’s second most in a match this season in most in a conference match.

Fran’s Thoughts
“I am super proud of the fight this team showed tonight,” head coach Fran Flory said. “We played hard and created an opportunity to beat a very good team. Our inability to terminate offensively, along with A&M’s ability to make the big play when it was needed kept us from succeeding. This match was definitely a step in the right direction for this team as they gave their best effort of the season.”

What’s Next
LSU returns home for its final match of the 2016 season at 1 p.m. CT Sunday against Alabama. The match between the Tigers and Crimson Tide will be streamed live on WatchESPN.com and the app. In the final home match of the season, the team will honor the lone senior, Tiara Gibson, in a presentation after the match. In honor of National Cake Day, fans will also be served cake as they enter the Maravich Center. Admission to all matches at the Maravich is free and fans are reminded to Geaux Clear.

Opening Set
Texas A&M was able to make the plays in the opening set to take the 1-0 lead. Flory took her first timeout of the set after Texas A&M seized a 9-4 lead. Out of the break, the Aggies went on an 8-4 run to push the lead to 17-8. The Tigers showed fight out of the break but ultimately fell 25-17. Seven Tigers recorded a dig in the set and Kelly Quinn led the way with seven total.

Second Set
The Tigers fended off a 15-11 Texas A&M lead and closed in on the Aggies to force 17 tie scores and two lead changes. After Texas A&M tied the Tigers at 22, the Aggies went on to take the first lead in 17 points to make it 23-22. LSU fought back and was able to tie the match at one overall after a kill by Toni Rodriguez and A&M attacking error.

Third Set
The Tigers and Aggies were neck and neck up until the 15-15 mark. The Aggies closed out the frame on a 10-3 run to take the momentum and 2-1 lead. The Tigers faltered on the offensive end with just eight kills and a .026 hitting percentage. A&M hit just .137 in the set but capitalized on three service errors and LSU’s seven attacking errors.

Final Set
LSU was almost able to push the match to a fifth set but fell 25-22 in the fourth behind just 11 kills. The Tigers took advantage of A&M’s seven attacking errors, but the Aggies were able to put away 17 kills in the set. After being down by four points, LSU fought back to tie the set at 20. A&M was able to win five of the next seven points to put the match away.

Team Notes
>> Middle blocker Olivia Beyer led the way for LSU with 12 kills on 43 attempts. Beyer’s 43 attempts were by far her greatest in her career, besting her previous career best of 29 set against Georgia this season.

>> Rodriguez finished second on the team in kills with 11 to tie for her second-best performance of the season. The St. Amant native’s 30 attempts were her second most of the season.

>> Quinn, Anna Zwiebel and Cheyenne Wood split for the team lead in digs with 16 each.

>> Zwiebel entered the match in the first and totaled 34 assists in four sets. With her 16 digs, the freshman picked up her seventh double-double of the season.

>> Tillis finished with seven kills and 13 digs on the night. The junior has reached double-digit digs in 13 matches this season.