Shockers Take Down Tigers at Atlantis 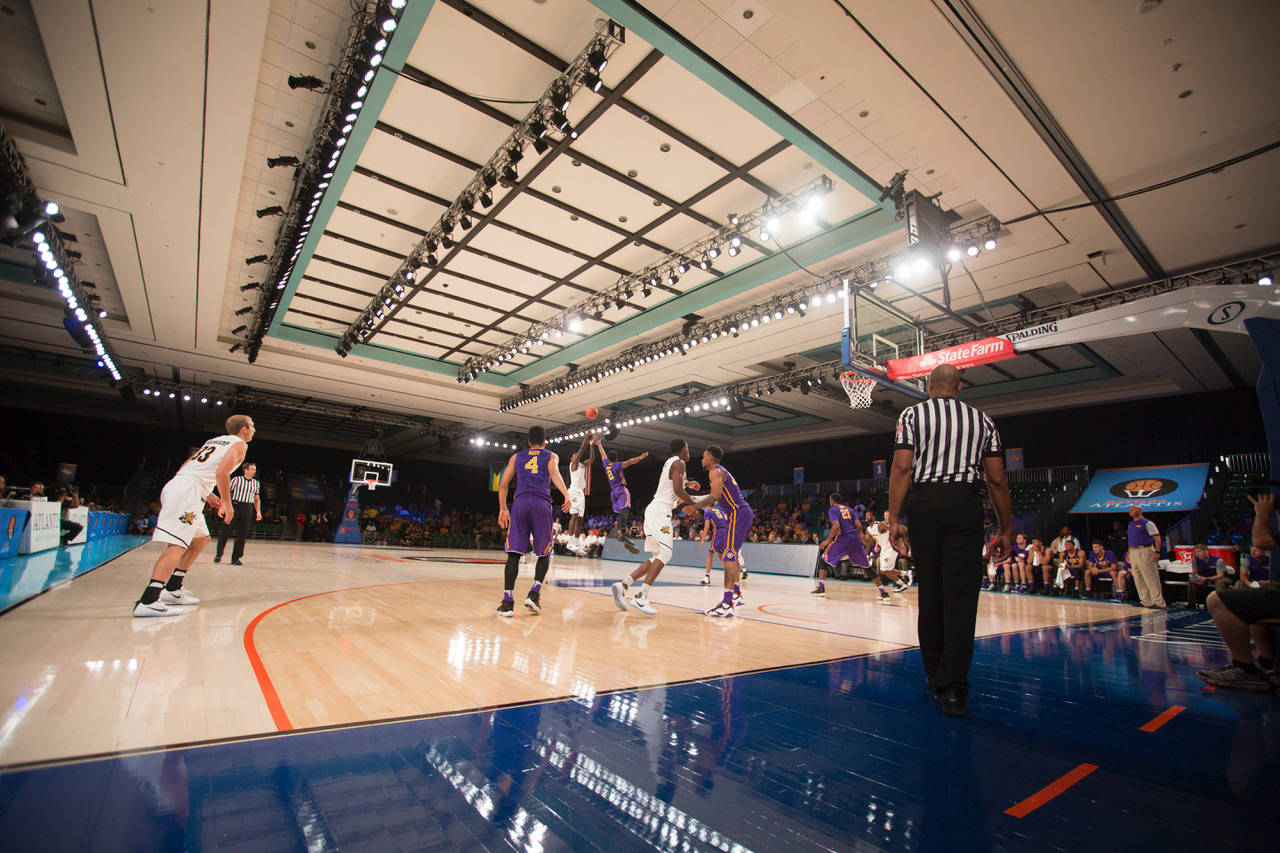 PARADISE ISLANDS, Bahamas – Wichita State stormed out to an 11-0 lead over LSU in the first 4:30 of the first-round game in the Battle 4 Atlantis Wednesday afternoon and the Tigers were never able to get on track, falling 82-47 to the Shockers.

LSU will play the final game on Thanksgiving night at 8:30 p.m. CT against Old Dominion, a loser to Louisville in the late game Wednesday. That game will be broadcast in Baton Rouge on 100.7 FM The Tiger and on AXS-TV.

Both teams tried to come out with pace and running the floor but it was LSU that was unable to get even good looks to go, while Wichita State, which was shooting over 56.5 percent in its first four wins, was able to keep filling it up.

Craig Victor II, in his first action of the season, got LSU on the board at the 14:38 mark with a free throw. Jalyn Patterson came off the bench to hit a three-pointer around a Kieran Hayward three and the Tigers had cut the game to just six points, once at 13-7 and against at 15-9, at the 11:14 mark of the first half.

From there, however, Wichita State sprinted clear for good of the Tigers as Shaquille Morris got a layup, Conner Frankamp hit back-to-back threes, Morris had another layup as did Darral Willis before a Zach Brown jumper put Wichita State up 30-9. The Shockers led, 46-19, at the break.

“We knew coming in that we would play a very tough and physical opponent today,” said LSU Coach Johnny Jones. “We came out and they did a good job at punching first. We did not do a great job of responding in the first half. I thought (Wichita) did an excellent job of executing on the offensive end of the floor and I thought, defensively, they were able to disrupt us and got after us early on.”

LSU (3-1) was outscored by eight in the second half and began to get some offensive flow as Antonio Blakeney scored 12 and Duop Reath, saddled by two fouls early in the game, added 11. Jalyn Patterson had seven points and a team high eight rebounds off the bench for LSU.

“In the second half, we settled down and got off to a decent start there,” Jones said. “But again, we were never able to overcome what transpired there in the first half against a good basketball team. We didn’t respond like we needed to against a very tough and talented team. We are very aware on the style of play. They jumped out with a quick lead. We played a little too fast.”

“They got off to a quick start and never looked back,” said Patterson. “We tried to fight our way back into it, but they kept executing on the offensive end.”

Wichita State (5-0) was led by Markis McDuffie with 15 points and Landry Shamet with 12 as Coach Gregg Marshall was able to clear his bench and spread out the minutes among his 16 players.

“The first challenge of playing against competition of that caliber – we passed,” said Wichita State Coach Marshall. “I thought we played pretty well. We shared the basketball and we got some good shots of our sets. We competed on the glass against a bigger team. We will have to continue to do that as this tournament goes on.”