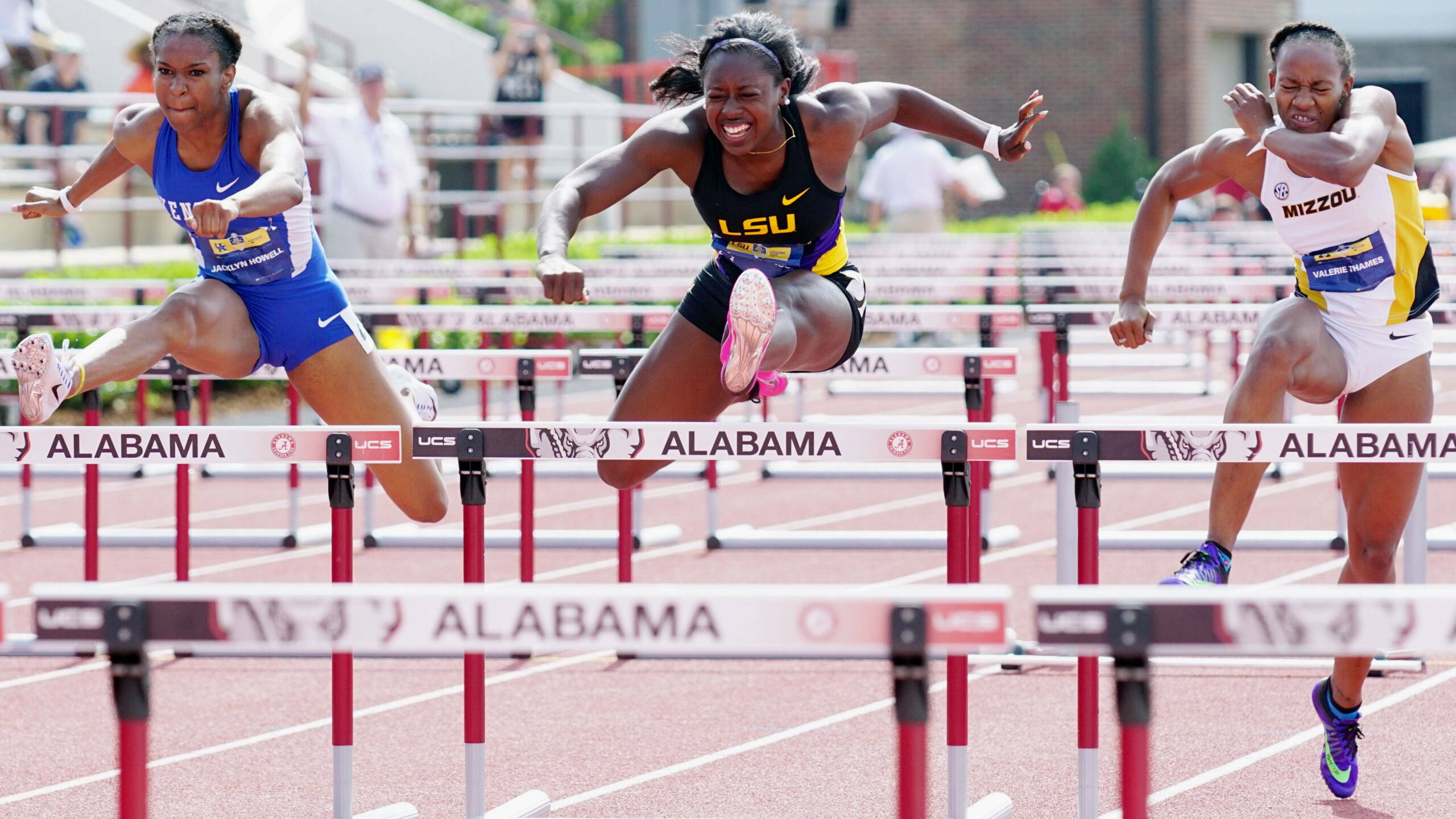 BATON ROUGE – The LSU Track & Field program continued its annual Thanksgiving tradition on Tuesday afternoon as it wrapped up the fall training season by playing host to its annual team pentathlon inside the Carl Maddox Field House with the end of the fall semester just weeks away and Christmas break around the corner.

The annual LSU Track & Field Team Pentathlon is held the Tuesday before Thanksgiving each fall, while pitting the program’s sprinters, hurdlers, jumpers and throwers against one another in a competition boasting the five events such as the 30-meter dash, standing long jump, standing triple jump, between the legs forward shot throw and overhead backward shot throw.

The men’s jumpers and women’s sprinters and hurdlers swept this year’s group titles as the top-three scorers in each event group were factored into the overall team scoring on the afternoon.

Bellard followed Miller with a silver-medal-winning total of 348 points as the top junior in the field. Senior sprinter Michael Cherry was the third-place finisher overall with his 331 points as the top-scoring senior.

Brisco tied the long-standing women’s 30-meter dash record of 8.06 set by former Lady Tiger NCAA Champion Cheryl Taplin to push her to victory with 272 points in the final women’s standings. That time also smashed the junior class 30-meter record of 8.11 that was previously held by program legends Esther Jones and Muna Lee.

Brisco (277) and Hall (272) set the pace for the women’s sprinters and hurdlers as they were joined by sophomore Oksana Lawrence (262) in scoring 811 points to finish 57 points clear of the jumps group for the win. As well as Friar’s third-place individual total of 269 points, juniors Danielle Phillips (244) and Bria Druilhet (241) were the top jumpers in the competition. The women’s throwers totaled 567 points for third place in the team competition, led by the 213 points scored by sophomore Jordan McClendon.

The group titles at the annual LSU Track & Field Team Pentathlon are determined by combining the three top scores by athletes competing for the sprinters/hurdlers, jumpers/multis and throwers.