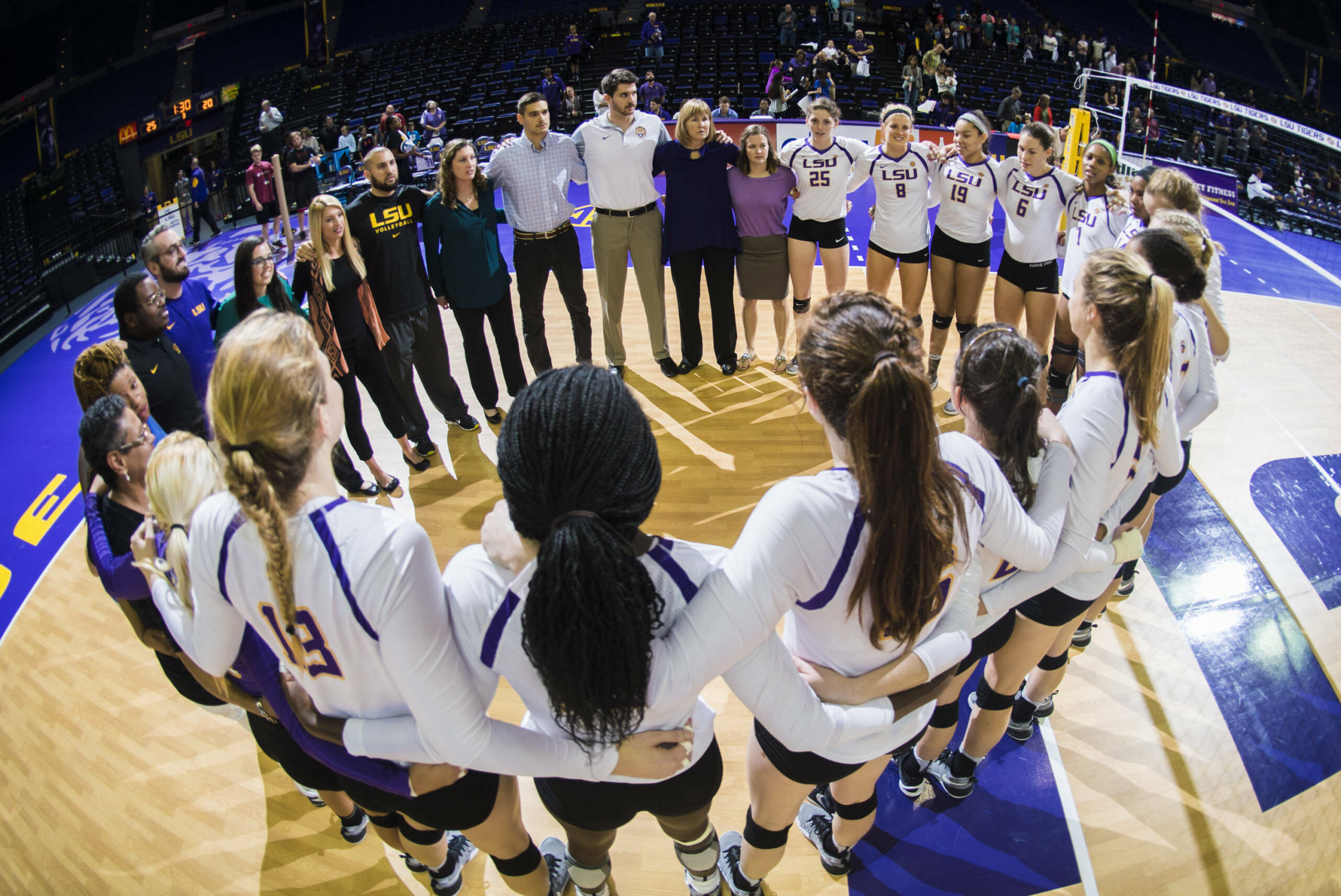 The match between the Tigers and Aggies, which is the final road match for LSU this season, will be streamed live on WatchESPN.com and the app. Casey Richardson will handle the play by play along with analyst Chelsea Reber on Wednesday night.

Flory’s Thoughts
“This is a really good Texas A&M team that is top four in our conference,” head coach Fran Flory said. “They’re a very physical team, which we saw in our last match earlier this season. It’s an important match for Texas A&M because they are playing for a seed in the tournament. We have to continue to work on our efficiency and consistency, which was something we were lacking last weekend.

Last Time Out
The Tigers are coming back from a pair of road losses to No. 23 Kentucky and Tennessee. On Sunday, the Volunteers were able to outlast the squad, 3-1, in an extremely close match. After the Vols got out to a 1-0 lead, LSU was able to bounce back and even the match at one heading into the intermission. Out of the break, UT was able to take a 2-1 lead with a 26-24 win in the third to capture the momentum. In the match, freshman Sydney Mukes had an outstanding showing with a career-high 14 kills to lead the team for the first time in the category.

A Look at Texas A&M
Earlier this season, the Aggies took a 3-1 lead over LSU inside the Maravich Center. The Aggies sit in fourth place in the conference with a 13-3 record in conference and 19-8 mark overall. A&M has a dynamic offense and defense, which ranks fourth in hitting percentage and third in opponent hitting percentage. As a team, the Aggies are third in assists and second in kills. Defensively, the squad leads the league in blocks at 2.85 per set and is ninth in digs. Stephanie Aiple is one of the top setters in the league at 10.89 per set for fourth in the conference. Kaitlyn Blake and Jazzmin Babers rank first and fourth respectively in blocks to form the best defensive teams in the conference as the Aggies rank No. 1 in blocks.

Team Notes
>> Junior Gina Tillis is the leader of the squad with 326 kills at 3.33 kills per set in 98 total sets this season. Over the weekend, the Rockwall, Texas native surpassed 800 kills for her career. The junior also owns 472 digs in her career.

>> Mukes came off the bench against the Vols and was a major contributor as the team leader in kills. Over her first season, Mukes has totaled 167 kills in 84 sets for an average of 1.99 kills per set.

>> Junior Kelly Quinn has served as the squad’s libero in 11 matches this season. Quinn has turned in quality matches defensively, averaging 2.89 digs per set and 269 total for the season.

>> Freshman Anna Zwiebel and sophomore Lindsay Flory have split time at setter recently. Zwiebel has 696 assists this season and Flory has 273.

>> Katie Kampen and Cheyenne Wood have made strides defensively in the final stretch of the season. In conference matches, Kampen owns 94 digs and Wood is first with 193.

>> Senior Tiara Gibson will take the court for her final road match on Wednesday. In her final season, Gibson owns 223 kills for second on the team. In her two-year career in Baton Rouge, Gibson has 291 kills and 118 total blocks.

>> Since joining the Southeastern Conference, the series has been tight with Texas A&M winning four of six meetings.

>> Over the course of the series, LSU has won six of 13 matches in College Station. The Tigers have won three of the last four meetings at Texas A&M.