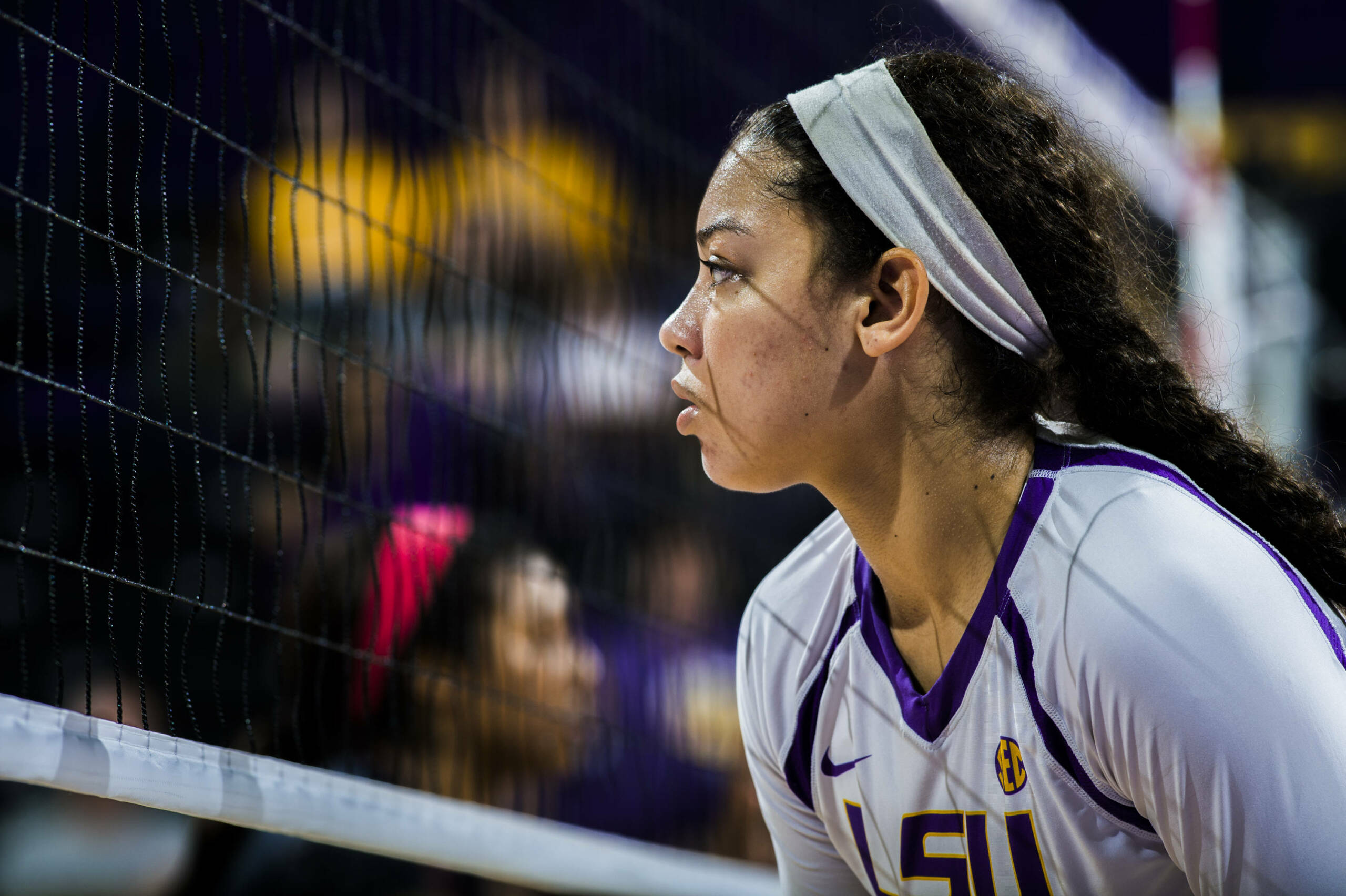 KNOXVILLE, Tenn. – Freshman Sydney Mukes totaled 14 kills and a .520 hitting percentage for a pair of career highs as the LSU volleyball team lost, 3-1, to Tennessee Sunday afternoon at Thompson-Boling Arena.

What’s Next
The Tigers continue conclude their road stretch in College Station on Wednesday. LSU will take on Texas A&M at 6:30 p.m. inside Reed Arena. The match will be streamed live on SECNetwork+ through WatchESPN.com and the app. The Aggies are 19-8 and 13-3 in conference this season.

Opening Set
The Volunteers dominated the opening set with a .452 attacking percentage on 17 kills and three errors. On the other hand, the Tigers hit just .125 with only seven kills to go with four errors. The Tigers held UT close through seven points but went on an 11-5 run to take the momentum and ultimately took the first set, 25-15.

Second Set
The Tigers bounced back strong in the second set to hit .244 with 17 kills and six errors. The Volunteers’ hitting percentage fell down to .270 as they finished the frame with 16 kills and six errors on 37 attempts. LSU used six kills from Gina Tillis, three blocks and three kills off the bench from freshman Sydney Mukes to win the set, 27-25.

Third Set
LSU led by as many as five points in the set but ultimately the Volunteers took a 2-1 lead in the match. After UT tied the set at 21, the two teams went back and forth until the Vols ultimately took the win 26-24. In the frame, both teams hit less than .125. LSU totaled four blocks in the set and Mukes led the set with five kills.

Fourth Set
In the frame, the Tigers hit .278 but could not match the Volunteers with their 18 kills and .382 hitting percentage. Mukes once again led the way for the squad with four kills on seven attempts. LSU played catchup through the set and trailed by as much as five points before calling their final timeout. The Tigers continued to fall after the final timeout and ultimately fell 25-20.

Team Notes
>> Mukes finished with her career-high 14 kills to lead the way for LSU in the match. It marked the first time this season Mukes has led the squad by herself in kills.

>> Tillis finished with 11 kills on 46 attempts for second on the team. Tillis also added seven digs for the squad in the match.

>> Toni Rodriguez and Olivia Beyer were major contributors for the squad with nine kills each. Beyer finished with zero attacking errors and a .429 hitting percentage.

>> Libero Kelly Quinn finished with 20 digs on the night to tie for her most in a conference match this season.

>> Katie Kampen ended with double-digit digs at 10 for her third-best performance of the season.

>> Sophomore Lindsay Flory entered the match off the bench and totaled 34 assists on the afternoon to tie her second-best performance of the season.