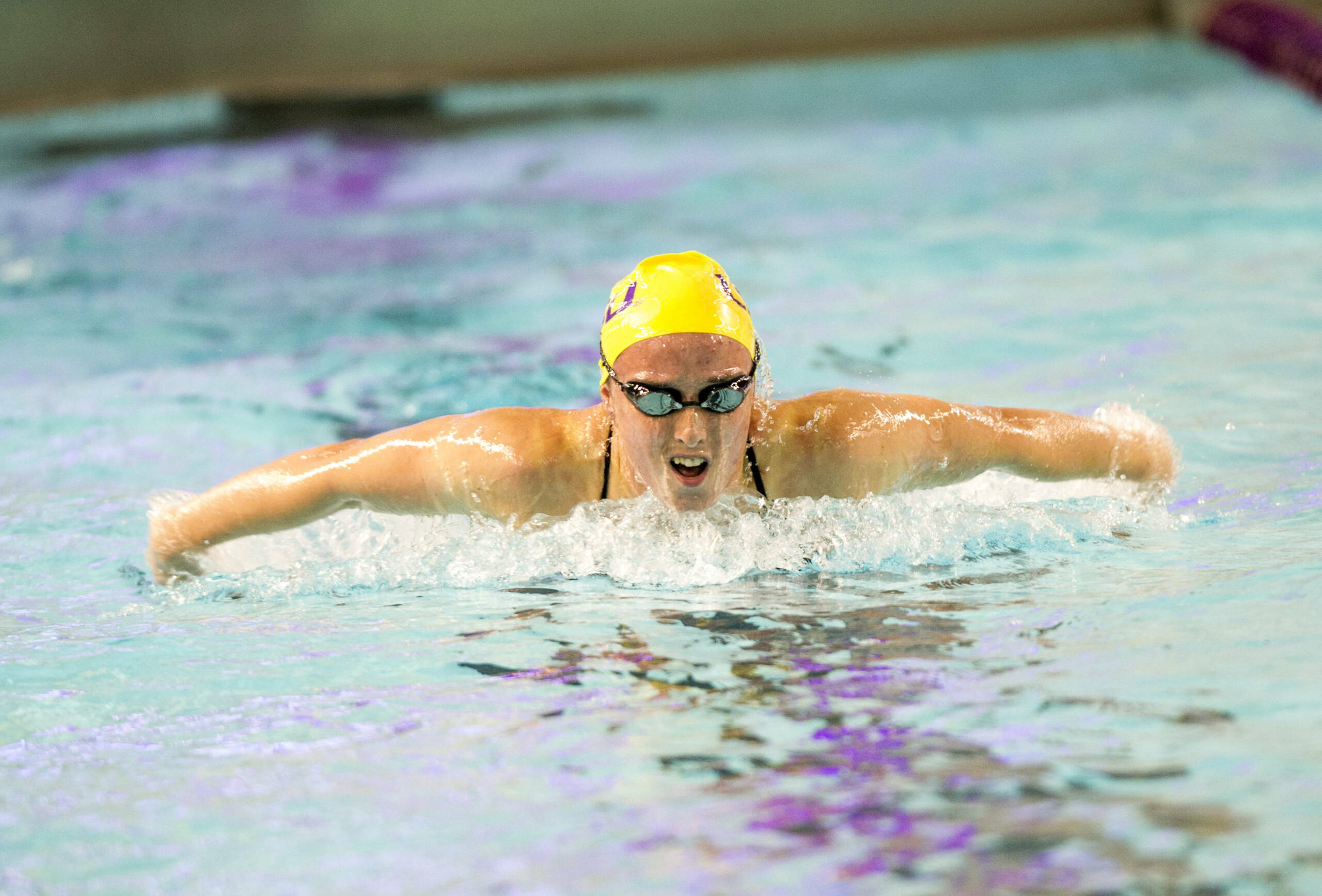 MANSFIELD, Texas- Colleen O’Neil and Silas Dejean both broke school records in the 200 breast on the final day of the Art Adamson Invitational at the MISD Natatorium. The victories helped fuel impressive finishes for both squads, as the men took third in the overall standings, totaling 912 points. The women finished in second overall with 687 points to conclude the three-day meet.

The swimming team will return to action at home against Alabama on January 7 at 11 a.m.

“It was nice to see some more records fall at our midseason meet and ironically in the same event on the men’s and women’s side,” said head swimming coach Dave Geyer.

“Through the weekend, I think we learned a lot about who we are and where we are in the process of the season. We have a critical training period coming up over the next six weeks that will really dictate how we perform at the conference and national level at the end of the season.”

In the men’s preliminaries, Logan Rysemus earned a personal best in the 100 free, touching the wall at 43.55 to go to fifth on the all-time list.

In the championship round, Makenna Wilson took eighth overall in the 200 back with a finish at 1:59.82. In the bonus round, Tennyson Henry and Nicole Rozier finished first and second in order with times of 1:59.98 and 2:00.51 respectively.

Leah Troskot tallied a second-place finish in the 100 free with a time of 48.90. In the consolation round, Haylee Knight earned third, completing the event with a personal best at 49.70 to earn seventh place on the all-time list.

In the final event for the women, the relay team of Troskot, Knight, Dabney and Summer Spradley finished third overall in the 400 free, posting a time of 3:18.09. The team of Weber, Kopcso, Taylor Anderson, and Lauren McIntosh took seventh at 3:23.06.

On the men’s side Sven Saemundsson took first overall in the 1650 free, earning a personal best after clocking at 15:05.24 to move to second on the all-time list behind record-holder Craig Hamilton.

Jake Markham secured fourth place in the 100 free, touching the wall at 44.00.

Dejean broke the school record in the 200 breast with a time of 1:56.13, en route to a second-place finish overall. Garrett House also earned a personal best time in the event with a 1:57.57, placing him at fourth on the all-time list.

In the 200 fly, Harrison Jones took second overall, clocking at 1:44.30 for a personal best and second on the all-time list behind Frank Greeff. Alarii Levreault-Lopez finished fourth, garnering a time at 1:45.55.

The relay team of Rysemus, Markham, Karl Luht, Lewis Clough tallied second overall in the 400 free relay, timing out at 2:53.60. The team of Klotz, Smith, Dejean and Devin McCaffrey took ninth at 3:01.14, wrapping up the final day of the meet.