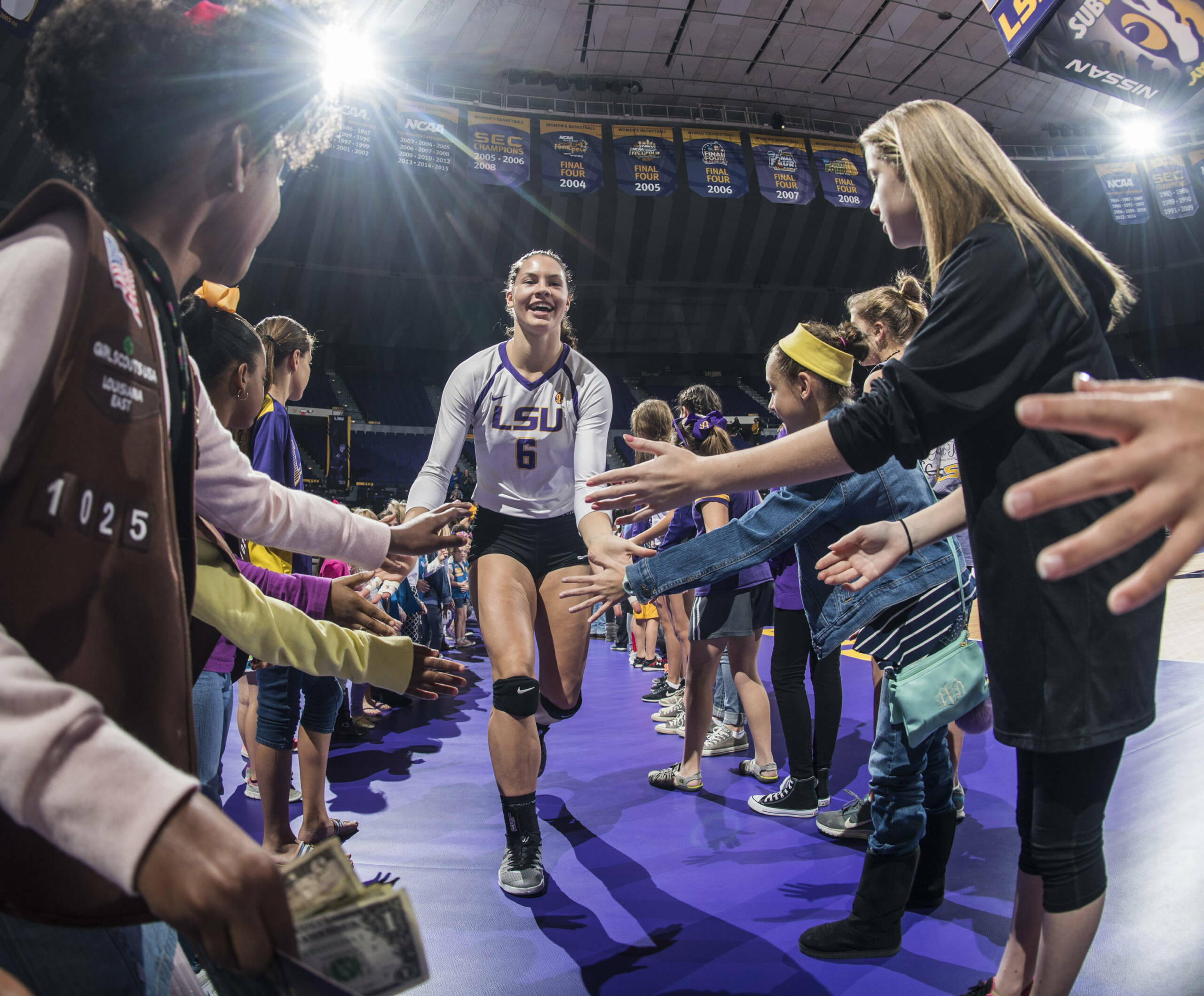 The match between the Tigers and Volunteers will not be streamed or televised. Fans can follow the match through the LSU Volleyball Twitter account (@LSUVB) or live stats at LSUstats.com

Fran’s Thoughts
“We have to work on the continuity and consistency that we were missing out on Friday night against Kentucky,” head coach Fran Flory said. “There were some bright spots against Kentucky but we need everyone out there on the same page. We improved throughout the match and it is something we can build for Sunday.”

Last Time Out
The Tigers fell to No. 23 Kentucky Friday night in straight sets in Lexington. Junior Gina Tillis led the way for the squad with a strong 15 kill and 12 dig performance for the 11th double-double of her season. On the night, the Tigers hit just .211 to the Wildcats’ .339 over three sets. Senior Tiara Gibson had a solid showing in the middle with seven kills. Freshman Jacqui Armer also finished with five kills as a starter.

A Look at Tennessee
The Volunteers are 13-10 and 5-10 in league play. In Thompson Boling Arena, UT is 7-3 at home this season. UT has three players with more than 200 kills on the season. Tessa Grubbs leads the way at 284 kills at 3.64 per set. At setter, Sedona Hansen has totaled 1,010 assists on the season for third in the league. The Volunteers rank sixth in the league in hitting percentage at .253 and fifth in opponent hitting percentage.

Team Notes
>> Tillis surpassed 800 kills for her career on Friday night against the Wildcats. The Rockwall, Texas now owns 315 kills on the season and 809 for her career.

>> Freshman Anna Zwiebel and sophomore Lindsay Flory have split time at setter for the Tigers recently. Zwiebel leads the squad with 689 assists, while Flory owns 239 for the season.

>> Gibson is second on the squad in kills with 223 and a .295 hitting percentage. Gibson also leads the squad in blocks with 73 for the season.

>> Freshman Sydney Mukes came off the bench last match and brought a spark for the Tigers in the third set. Mukes owns 153 kills in her first season in Baton Rouge.

>> Olivia Beyer and Toni Rodriguez have come off the bench for LSU and have been important in the Tigers’ conference wins. IN 55 sets, Beyer owns 81 kills and Rodriguez has 87 kills in 54 sets.

>> The Tigers lead the all-time series over the Volunteers, 37-22. Last season, the squads split the meetings with LSU earning the four-set win at home. In the last 20 meetings, LSU has won 13 of them.