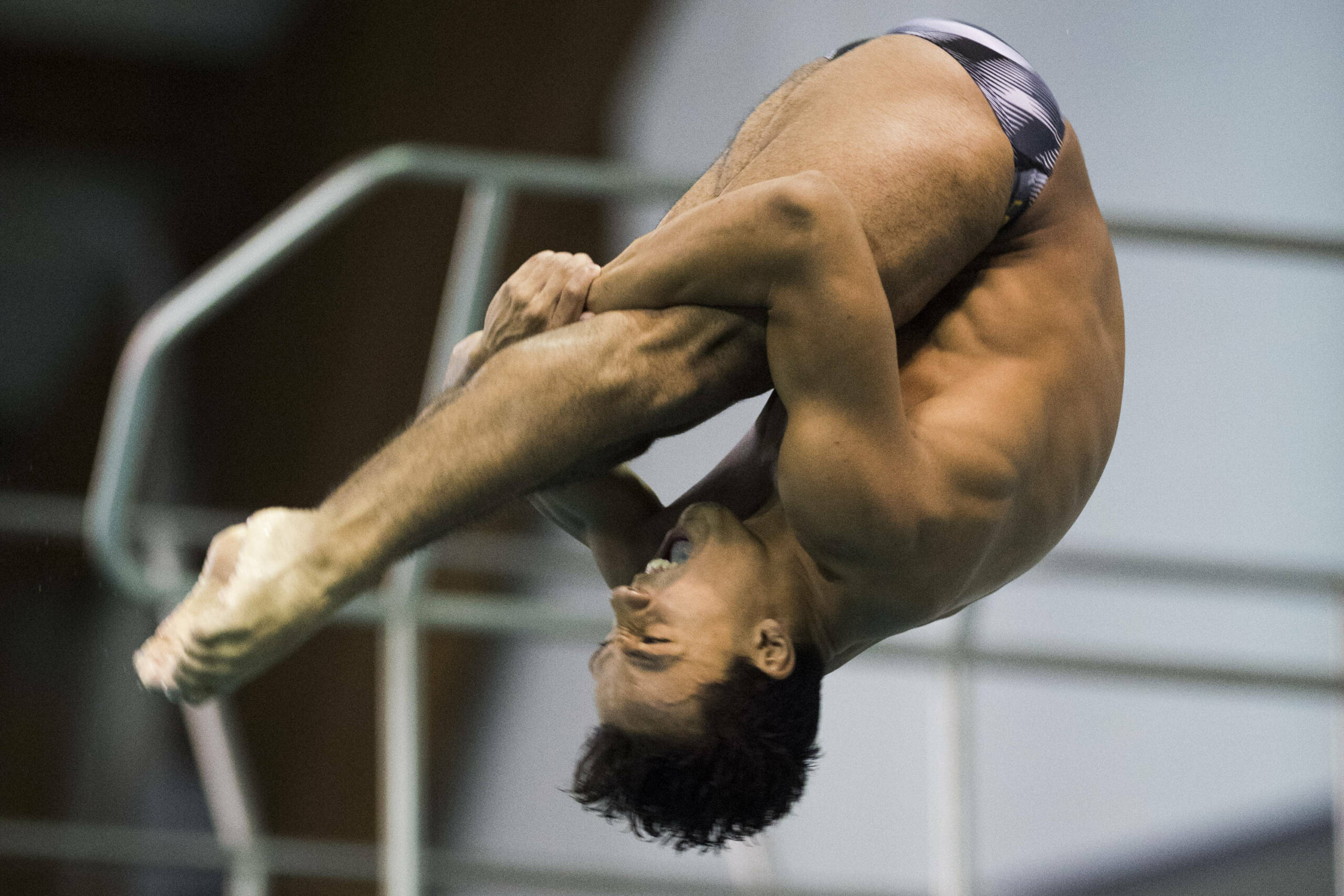 COLUMBIA, Mo.- Juan Celaya took home first place on the three-meter, posting an impressive final score of 418.75 to lead the charge as the diving team wrapped up day two of the Mizzou Diving Invite at the Mizzou Aquatic Center.

The team will return to action tomorrow for the final day of the invite. Finals for the women’s platform will begin at 10:30 a.m. followed by the men’s platform at 1 p.m. CT.

“Typically, day two at our midseason invitational is challenging as we work through the schedule of a conference style competition. I’m proud of the team’s focus and determination. We have the right mindset and approach to competition.”

In the finals, Cui compiled a score of 304.15 to garner third overall. Knox followed up her performance with another ninth-place finish, wrapping up the women’s finals at 260.15.

For the second-straight day, all four men divers earned spots in the top-12 of the prelims to advance to the finals.

Celaya took gold for his performance on the three-meter, taking the championship round with a score of 418.75. Andrew Suchla, Matthew McClellan and Matt Phillip finished fifth, sixth and seventh in the final round respectively. Suchla dove to a score of 342.60, and McClellan followed, tallying a finish at 331.25. Phillip rounded out the men’s team with a score of 323.40.

“Across the board, I’ve seen a lot of positive things out of the diving performances for two days, and I’m excited to finish strong with platform tomorrow,” said Shaffer.