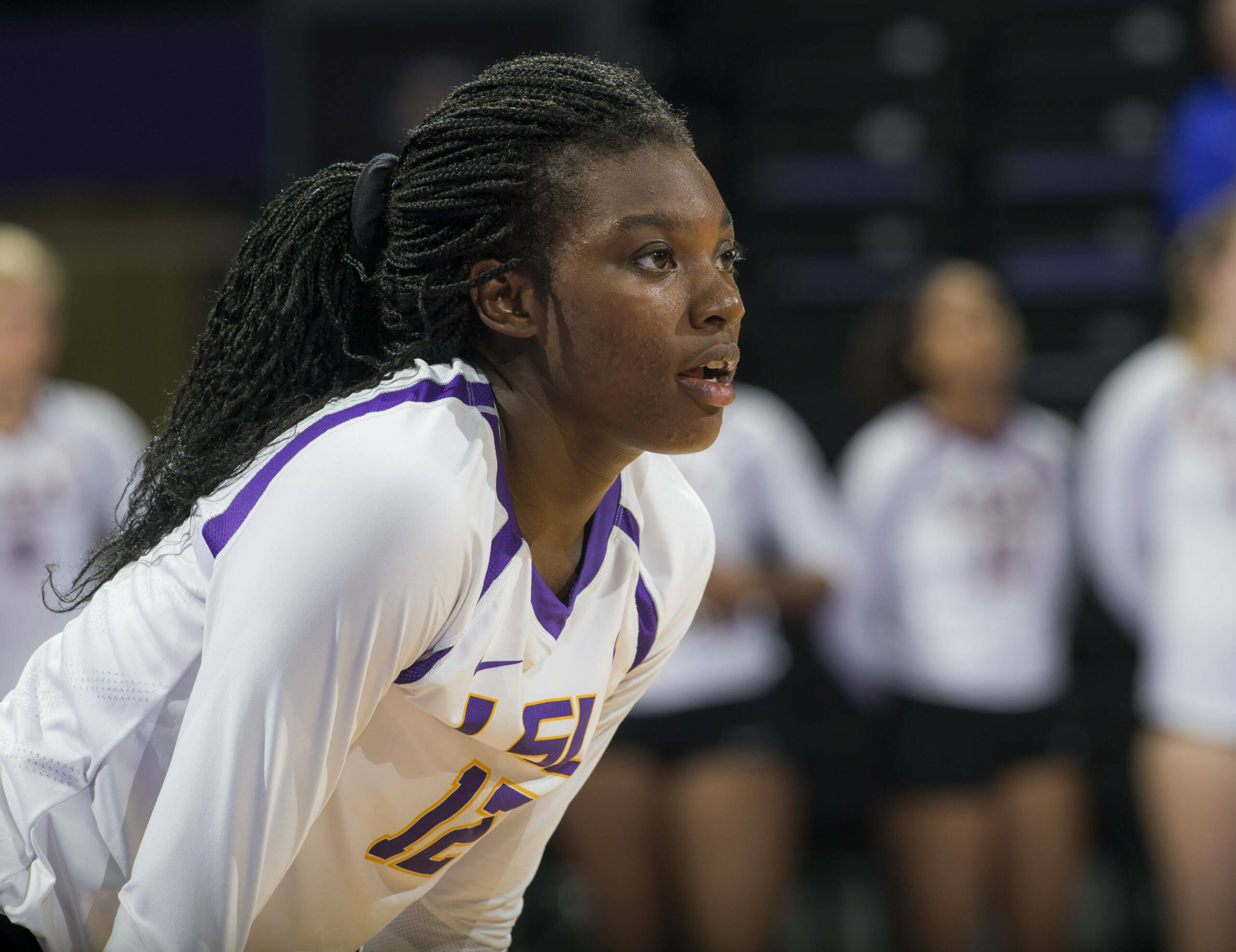 Flory’s Thoughts
“We really had some solid performances tonight by several players,” head coach Fran Flory said. Specifically Jacqui Armer did a nice job offensively and Sydney Mukes came off the bench and played well. Unfortunately, we never had everyone playing well at the same time. That lack of continuity made this matchup against a very good Kentucky team difficult.

What’s Next
LSU continues its stretch of three matches in six days against Tennessee. First serve for the match between the Volunteer and Tigers is set for 3 p.m. CT Sunday. The match will be played in Thompson-Boling Arena and will not be streamed. The Volunteers hold a 15-13 record overall and 5-10 record in conference play this season.

Opening Set
The Wildcats started out strong and led 15-9 at the media timeout. After the Tigers took their second timeout with Kentucky leading 20-10, LSU fought back but ultimately fell 25-17. In the set, LSU hit .265 with 12 kills and just three attacking errors. On the other side, Kentucky hit .351 on 17 kills and four attacking errors. Tillis led the way for LSU with both five kills and digs.

Second Set
In the frame, the Tigers hit .133 with just nine kills and five attempts. Defensively, the Tigers totaled 15 digs and Tillis topped the set once again with five kills and five digs. LSU returned strong in the second set to begin and was able to close the Kentucky lead to one point overall. After the Wildcats were the first to reach 20 points, the Tigers put up a fight but UK ultimately won 25-18.

Third Set
Out of the intermission, the Tigers and Wildcats went back and for the early on. After LSU tied the set at eight, Kentucky went on a 12-4 run to lead 20-12. The Tigers fended off four match points but Kentucky was able to take the set, 25-22, to earn the sweep. Tillis totaled five kills to pace the Tigers.

Team Notes
>> With Tillis’ 15 kills and 12 digs, the junior totaled her 11th double-double of the season. Tillis led the way with 15 of LSU’s points on the night.

>> Freshman Anna Zwiebel came off the bench and finished with 16 assists for the Tigers. Zwiebel added a service ace and seven digs in the match.

>> Senior Tiara Gibson finished second on the squad with seven kills on 19 attempts for a .263 hitting percentage.

>> Libero Kelly Quinn totaled 11 digs to lead the squad on the night.

>> Defensive specialist Katie Kampen finished in a tie for third on the team with seven digs on the night.

>> Armer had a solid night as a starter with five digs in the middle.