LSU At the Game: Pocic, White Are Men of Influence 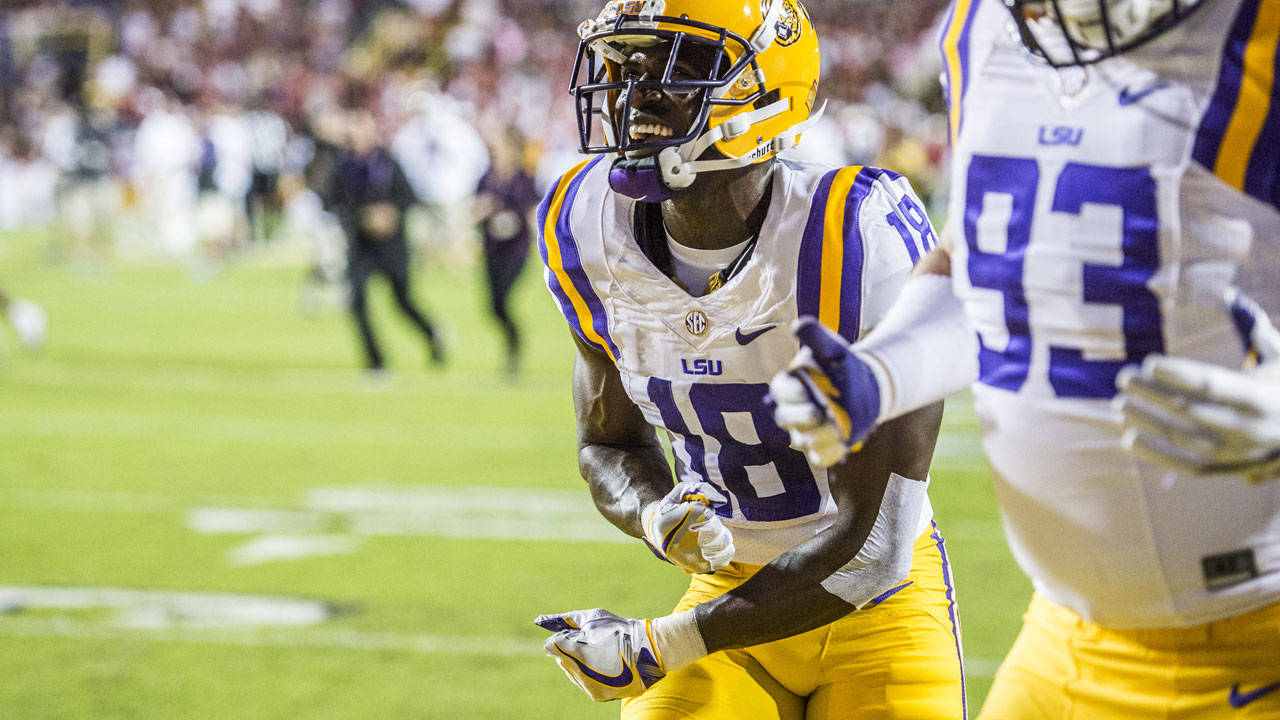 It’s an age-old story: a child rushes to the television on a Sunday to turn on his favorite team and dream about one day playing in the NFL in front of 70,000 screaming fans.

For Ethan Pocic and Tre’Davious White, the dream was right near their fingertips at the end of their junior season when they had the opportunity to enter the NFL Draft and forego their senior seasons at LSU, but they chose to return and leave a larger impact on the LSU community and have one last go-round on the field with their brothers.

“I wanted to come back to compete,” Pocic said. “I wanted to get healthy, have fun for one more year and, most importantly, get better because I love LSU and love playing in Tiger Stadium.”

White added, “I just wanted to have one more year of being a kid. I’m trying to graduate in December, live this last year with my teammates and create life-long bonds.”

The offensive lineman and the defensive back have molded themselves into leaders in the locker room and household names for Tiger fans during their four years in Baton Rouge.

As juniors, both earned Southeastern Conference honors, as they were voted second-team all-SEC by the coaches and were named to the 2015 SEC Academic Honor Roll, but the two definitely have their differences.

A Lemont, Ill., native, Pocic watched his brother play offensive line at Illinois for four seasons and wanted to follow in his footsteps. He ended up at LSU because he had aspirations to play in the SEC and get a great education.

In 2015, he led the team with 132.5 knockdown blocks, the most by an LSU offensive lineman since at least 2010 and paved the way for Leonard Fournette‘s school single-season rushing record of 1,953 yards.

“He’s a gentle giant, a big, soft-hearted guy, but on the field, he’s nobody’s friend,” White said of Pocic. “He’s the meanest guy on the field, but off the field, you would have no clue that he’s the guy under the helmet wearing the No. 77.”

For White, growing up in Shreveport, La., he dreamed of wearing the Purple and Gold and playing for the Tigers.

Little did he know the impact that he would have on the LSU program as he was awarded the No. 18 prior to his junior campaign, a number that signifies success both on and off the field, as well as a selfless attitude that has become the epitome of being an LSU leader.

“I never imagined people looking up to me,” White explained. “I just thought I would do my football duties and get out of here, but seeing the people that truly care about me when I got here transformed me and pushed me to leave a bigger impact here, not only on the field, but off the field as well.”

White led the team with seven pass breakups as a junior, and he is a 2016 Senior CLASS Award finalist. He has recorded six interceptions during his career, including two this season, but none of them were as special to him as his first interception in Tiger Stadium, when he baited New Mexico State’s quarterback into throwing him the pick during his sophomore season.

“Tre’Davious is one of the hardest workers on the team,” Pocic said. “He is an extremely intelligent player and is a worker. He puts the hardhat on every single day, works on his technique and continues to get better. He is truly a shutdown corner and a great guy.”

Throughout their four seasons, Pocic and White grew up at the football practice facility, learning from others and emulating the discipline that they were taught, starting their freshmen year with strength and conditioning coordinator Tommy Moffitt.

White explained that on his first day of workouts, he showed up at least an hour early, petrified of being late because he had heard the horror stories from the weight room. He just knew Coach Moffitt was tough on the freshmen from the stories he heard, but it all made him a better player and a better teammate.

That work ethic came in handy, as the duo became key components in the glue that kept the team together throughout challenges across their careers.

“Being able to take on a leadership role and instill values in the other guys throughout all the adversity we faced from what has happened in seasons past to this season with Coach O coming in and transitioning will allow me to appreciate and see how the guys after me handle things and respond,” White said. “It’s going to be great to see how they take the younger ones under their wing.”

However, the duo explained, the life lessons they learned and the friendships they gained were key parts in their return for their senior season.

“I’ve had a lot of fun moments here, but I think I will miss just having off-time with these guys and hanging out with everyone in the locker room and players’ lounge, creating those life-long bonds,” Pocic explained.

For one final time, Pocic and White, two of the kindest and most influential Tigers over the past few seasons, will run out of the tunnel and take the field in the Purple and Gold, capping off tremendous careers in Tiger Stadium. However, they explained they aren’t finished quite yet and have some goals to achieve before they leave for their careers in the NFL, including obtaining their degrees.

“As a freshman, I couldn’t wait to get out of here, but now that the time has come, I wish that I could do it all over again and restart those four years,” White said. “Coming back for my senior year was probably one of the best decisions that I’ve ever made in my life.”