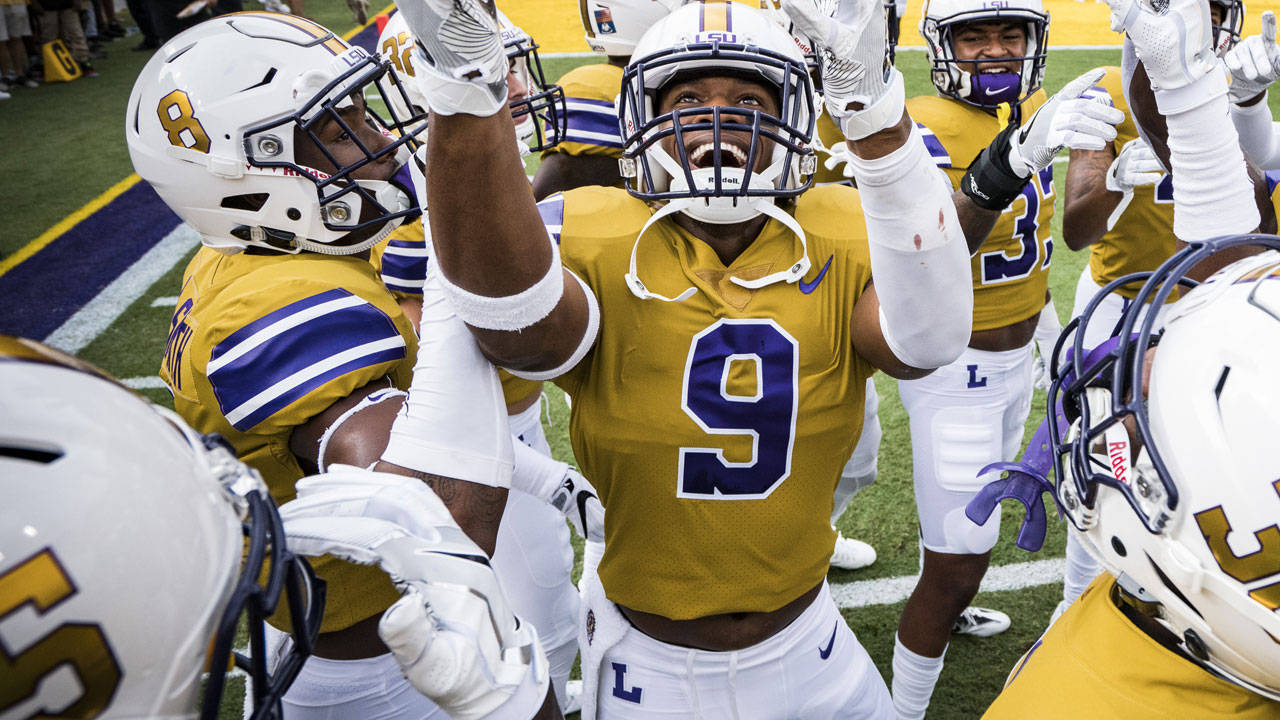 Growing up as a kid in Destrehan, La., getting the opportunity to play football at LSU was one Rickey Jefferson — the younger brother of former LSU quarterback Jordan Jefferson — couldn’t pass up.

“It really meant the world to me, coming in here after my brother,” Rickey Jefferson said. “I got introduced to it from him with seeing him go through the recruiting process.

“It’s something I envisioned doing also. Since the age of 12, I’ve known what I wanted to do with my life as far the next level and actually getting to the next level. Every day my mindset was ‘I have to get to LSU by any means.’”

While Jefferson — who has made 15 career starts at safety — has been at LSU, he’s not only grown on the field, but he’s grown off the field, and there’s one man in particular to which he attributes his development.

“I feel like he (defensive backs coach Corey Raymond) has played a big part in that,” the senior safety said. “Throughout my time here he’s challenged me a lot and he’s pushed me as much as he could. He’s put me in tough circumstances where I’ve been extremely frustrated, but I’ve just had to stand up and play ball.

“He’s really taught me to be more of a man. That’s the thing; he’s more about life than football, because football is going to take care of itself. That’s something he’s taught me, and I love that man.”

Not only has playing for LSU meant a lot for Rickey as a Louisiana native, but LSU also has the perk of being dubbed “Defensive Back University,” and that’s one thing that has helped the him thrive.

“I think it helped me because it showed where I needed to be and where I was at,” Jefferson said about playing with Tre’Davious White and Jamal Adams. “You have guys like Jamal who’s been doing it since he was seven years old, and I’ve only played defensive back since I got to LSU.

“Just being able to play with guys like that showed me where I was as a player and that my ceiling is still very high. It was amazing getting to be able to play with those dudes, they’re fighters and they’re warriors.”

Jefferson, who is out for the season after suffering a broken leg last month, has still been able to find ways to be a part of the team despite the injury.

“I plan to remain as much a part of the team as I can,” Jefferson said. “It’s kind of hard getting hurt in your senior year. It takes a toll on you mentally. But I have a great support system: my girl, my family, and my friends. I have teammates coming by my house every day.”

Jefferson has not allowed the injury to affect his outlook for the future.

“When he got hurt and came in the locker room, he was in great spirits,” White, the Tigers’ senior cornerback, said. “He’s been positive about it, and he has positive people around him.”

With the season still in full swing, Jefferson has been able to find a role within the team in his absence from the playing field.

“I talk to people on the side,” Jefferson explained. “I don’t talk too much. I’m pretty much a quiet guy when it comes to those things because I’m trying to learn myself.

“The things that I do know, I share the knowledge with the younger guys. I’m just here to help, and they know I’m all love if they need me. I’m pretty much the biggest cheerleader right now because I love to see those guys make plays.”