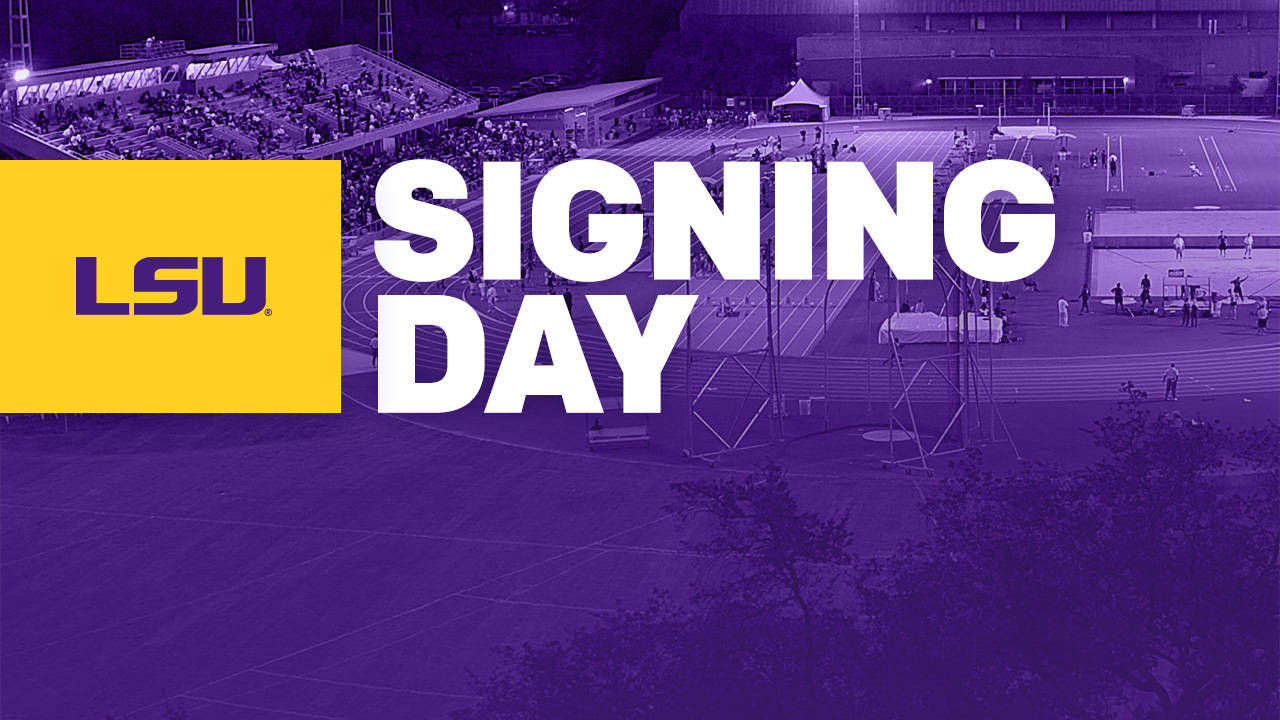 BATON ROUGE – The foundation of the LSU Track & Field program has been built on developing many of the NCAA’s elite performers in the sprints, hurdles and relays, and the future of the men’s team is as bright as ever with the signing of five athletes to National Letters of Intent during the November signing period.

The Tigers have returned to the Caribbean nation of Trinidad & Tobago to sign two outstanding sprint prospects in two-time Carifta Games Champion Akanni Hislop of Bishop’s High School in Sou Sou Lans, Tobago, and Xavier Mulugata of Fatima College in Barataria, Trinidad, as both will enroll in January and compete in the upcoming 2017 season.

Two Louisiana natives will return to their home state for the 2018 season after wrapping up a two-year stint at Hinds Community College in the National Junior College Athletic Association as the Tigers signed sprint star Correion Mosby of Natchitoches and hurdle standout Christian Boyd of Keatchie to National Letters of Intent.

And by locking up sprint hurdler Damion Thomas of Florida’s Northeast High School, the Tigers have secured the services of arguably the nation’s top hurdle recruit in the Class of 2017 for the next four years.

“We’re very excited about the young men who have made the decision to continue their athletic and academic careers with us here at LSU,” said head coach Dennis Shaver. “We’ve not only added talented athletes to impact our program in the years to come, but in the case of Akanni Hislop and Xavier Mulugata, we’re glad to add to our team that will compete for a national championship this upcoming season.”

Hislop emerged as one of the top young sprinters in the Caribbean and across the globe with his effort in the 2016 season as he was crowned the Carifta Games Under-20 Champion in the boys’ 200-meter dash as a 17-year old with a wind-aided time of 20.89 seconds in the final. He also ran both the 100-meter and 200-meter dashes for Trinidad & Tobago at the IAAF World Junior Championships in Poland last summer where he ran a wind-legal personal best of 20.87 (+1.6) in the qualifying round.

Mulugata, who signs with the Tigers with career-best wind-aided times of 10.43 in the 100 meters and 21.70 in the 200 meters, was also a Carifta Games medalist during the 2015 season while bagging the bronze medal in the 4×100-meter relay as a member of Trinidad & Tobago’s U-20 team. He also lined up in the 100-meter dash at the Carifta Games that season.

Mulugata stepped onto the international stage for the first time in 2014 while helping lead his country to the U-18 gold medal in the sprint relay at the Central American & Caribbean Junior Championships.

Signing my letter of intent with @LSUTrackField and aiming for a bright future pic.twitter.com/VFOdNKxkoH

The Tigers have produced many of the NCAA’s leading 200-meter sprinters in recent years, and that shows no signs of slowing down with Mosby’s addition to the squad in the 2018 season as one of the up-and-coming talents in the United States. A three-time Louisiana state champion while running for Natchitoches Central High School, he enjoyed a national-title-winning freshman season at Hinds Community College last spring.

Mosby became one of the fastest 200-meter sprinters in JUCO history when his wind-legal personal best of 20.29 (+1.0) earned him the title of NJCAA Outdoor Champion in the 2016 national final. He also finished sixth nationally in the 100-meter dash at outdoor nationals last spring after running his wind-legal PR of 10.39 (+0.8) in the event.

Boyd also inked with the Tigers from Hinds Community College where he took home All-America honors as a freshman in 2016 as the NJCAA Outdoor Bronze Medalist in the men’s 400-meter hurdles. The former North Desoto High School standout capped his debut season at Hinds by clocking a personal best of 51.08 in the event for third place nationally at the NJCAA Outdoor Championships.

Boyd also nearly climbed the medal podium in the 110-meter hurdles at the NJCAA Outdoor meet a year ago as the fourth-place finisher in the final after advancing with a wind-legal PR of 14.07 (+0.5) in the prelims.

By signing Thomas to a National Letter of Intent, the Tigers have won the race for one of the most sought-after hurdle recruits in the country in recent years. A two-time state champion from Sunrise, Florida, Thomas is the reigning Gatorade Florida Boys Track & Field Athlete of the Year thanks to his undefeated 2016 season while running for Northeast High School.

Thomas won his second-straight Florida state title in the 110-meter hurdles last spring after returning to the state meet with a wind-legal personal best of 13.42 (-0.2) run at the Region 4-3A meet. That time ranked him as the No. 4 sprint hurdler at the prep level in the United States among all high school classifications in 2016, and the No. 2 performer nationally among members of the Class of 2017.