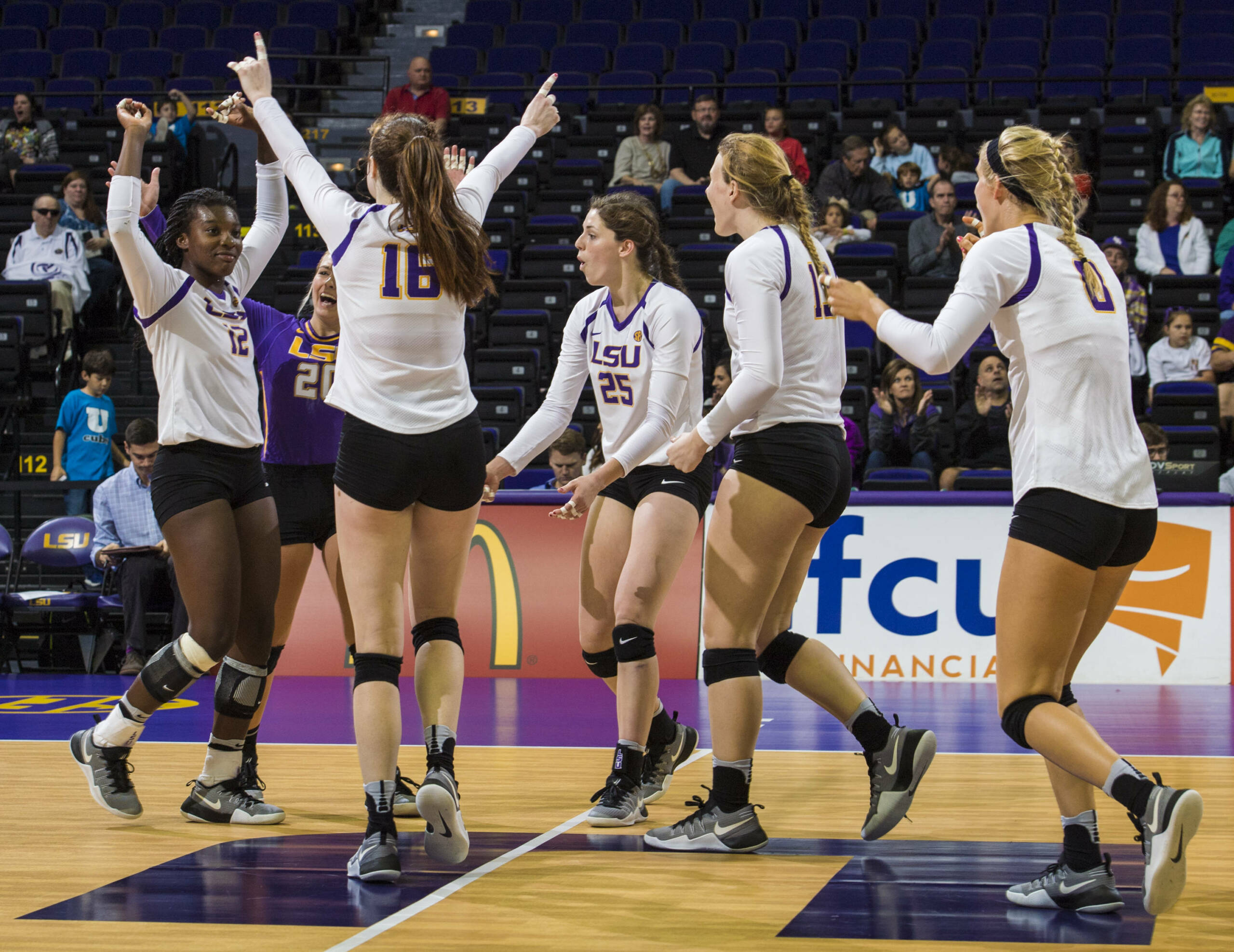 LEXINGTON, Ky. – After winning two home matches last weekend over Georgia and Mississippi State, the LSU volleyball team will return to the road for a three-match road swing beginning at 6 p.m. CT Friday against No. 23 Kentucky in Memorial Coliseum.

The match between the Tigers who are 9-16 and 4-10 in conference play and the 20-6 Wildcats will be streamed live on SECNetwork+ through WatchESPN.com and the app.

Flory’s Thoughts
“We were really efficient last weekend with the two wins over Georgia and Mississippi State,” head coach Fran Flory said. “I liked how we won both matches. Our opponents did not lose it but instead we played well and balanced.”

Last Time Out
LSU dominated Mississippi State Sunday afternoon in a 3-0 sweep for the Tigers’ second-straight home win. The team’s .340 hitting percentage was the highest in a match since Oct. 8, 2014 against Mississippi State. The six attacking errors were also the fewest since Aug. 26, 2011, against UL-Lafayette. With the win, LSU moved to 6-2 in matches in which it has won the first set.

A Look at Kentucky
At 20-6 overall and 12-2 in the conference, the Wildcats are tied for second place in the league behind Florida. So far this season, the Wildcats own nine sweeps in conference playing, including a 3-0 victory over the Gators. In the SEC, The Wildcats rank fourth in hitting percentage and second in opponent hitting percentage. With an average of 14.28 kills per set, UK ranks third in the league. Freshman Leah Edmond powers the Wildcats with an average of 4.19 kills per set. At the net, Emily Franklin and Kaz Brown are third and fifth in the league in blocks.

Team Notes
>> Junior Gina Tillis topped the team in kills with 12. Tillis has now led the squad in kills 19 times this season. The Rockwall, Texas native owns 300 kills for the season and is six shy of surpassing 800 for her career.

>> Senior Tiara Gibson is the only player on the team to start in every match this season. Gibson has 216 on the season and 284 for her career. Against Georgia, Gibson finished with a career-best 18 kills.

>> Sophomore Lindsay Flory has been in the Tigers’ starting lineup the last two matches in place of freshman Ann Zwiebel. Flory and Zwiebel split time at setter in Friday’s win over Georgia and finished with 28 and 27 sets respectively. Against MSU, Flory totaled 31 assists to push her total to 231 for the season.

>> Junior Kelly Quinn took over as the squad’s libero two weeks ago and has played the position in the last three matches. Quinn owns 238 digs on the season.

>> Toni Rodriguez finished with 11kills and career-best .625 hitting percentage off the bench against Mississippi State.

>> In the 61-match history, LSU has only won a match in Lexington seven times