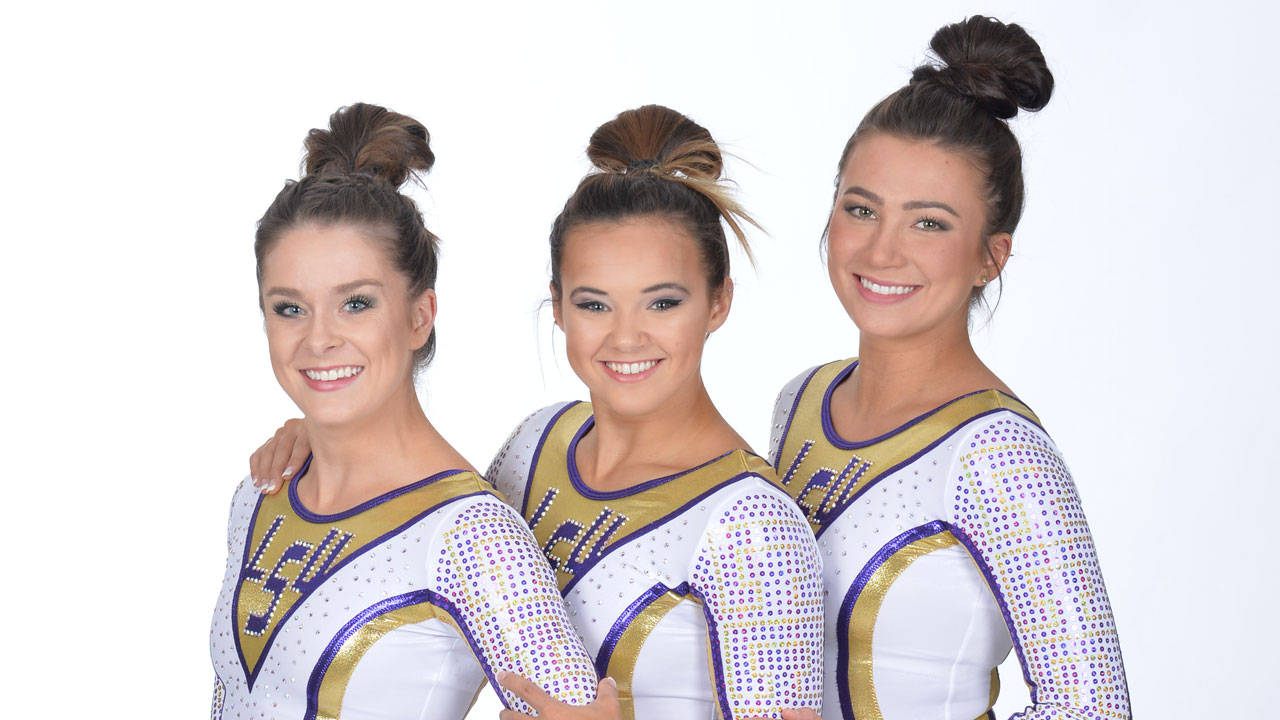 LSU Gymnastics is expecting great success for the 2017 season due in large part to a roster that is loaded with talent. That roster is spearheaded by the trifecta of three experienced seniors.

The seniors are Ashleigh Gnat, who ranks fourth in LSU gymnastics history with six perfect 10s; Sydney Ewing, who was an All-American in the vault; and Shae Zamardi, who serves as LSU’s anchor on the bars.

“The senior class truly is a team that has been a major part of the growth and development that we have enjoyed over the last four years,” said LSU coach D-D Breaux. “Shae knows what it takes to be successful at the very highest level because she has three years of experience. Sydney comes in the gym every day with the mindset of ‘I have to make every day the best day I can make it and that is going to make me better in the end,’ and Ashleigh Gnat is a very wise and accomplished leader.”

Being seniors does come with the perception of a leadership role. However, simply because they are the oldest does not mean they are the only leaders of the team.

“Being a senior does come with a leadership responsibility, but I am so thankful that on this team you do not have to be a senior to be a leader,” said Ewing. “Just because we are seniors does not mean that we are the only leaders on the team. We do have so many leaders, and that is what makes us so great.”

These seniors have had four years to build not only chemistry but long-lasting friendships with each other as well.

“They are absolutely amazing,” Gnat said of Zamardi and Ewing. “We have lived together for the past four years, so we know each other inside and out. The bond that we have together is really remarkable and it makes us special and it makes the way that we compete even more special.”

The companionship that the upperclassmen share is contagious, spilling onto the rest of the team, building camaraderie among the other gymnasts.

“The team chemistry is unlike anything I have ever experienced,” said Zamardi. “Last year’s chemistry was great, but this year it is even more amazing.”

With the harmony between the gymnasts being at an all-time high, everyone has the mindset to remain focused for the 2017 season. Not to look ahead, but to take things a day at a time.

With the season quickly approaching — the first official meet is against Georgia on January 6 — that attitude will become more important than ever.

“This entire preseason we kept the success we had last season in mind,” Ewing said. “We come here to practice every day, but it’s fun for us because we enjoy being together, and we just continue to get better each day.”

With Gnat, Ewing, and Zamardi at the forefront, this team is poised for greatness and they remain focused on improving rather than looking too far ahead of themselves. With the fellowship of the team at its peak, their new motto perfectly sums up what this LSU Gymnastics squad is all about.

“The kids chose the word ‘Heart’ for their motto this year, ‘All Heart,’” said Breaux.