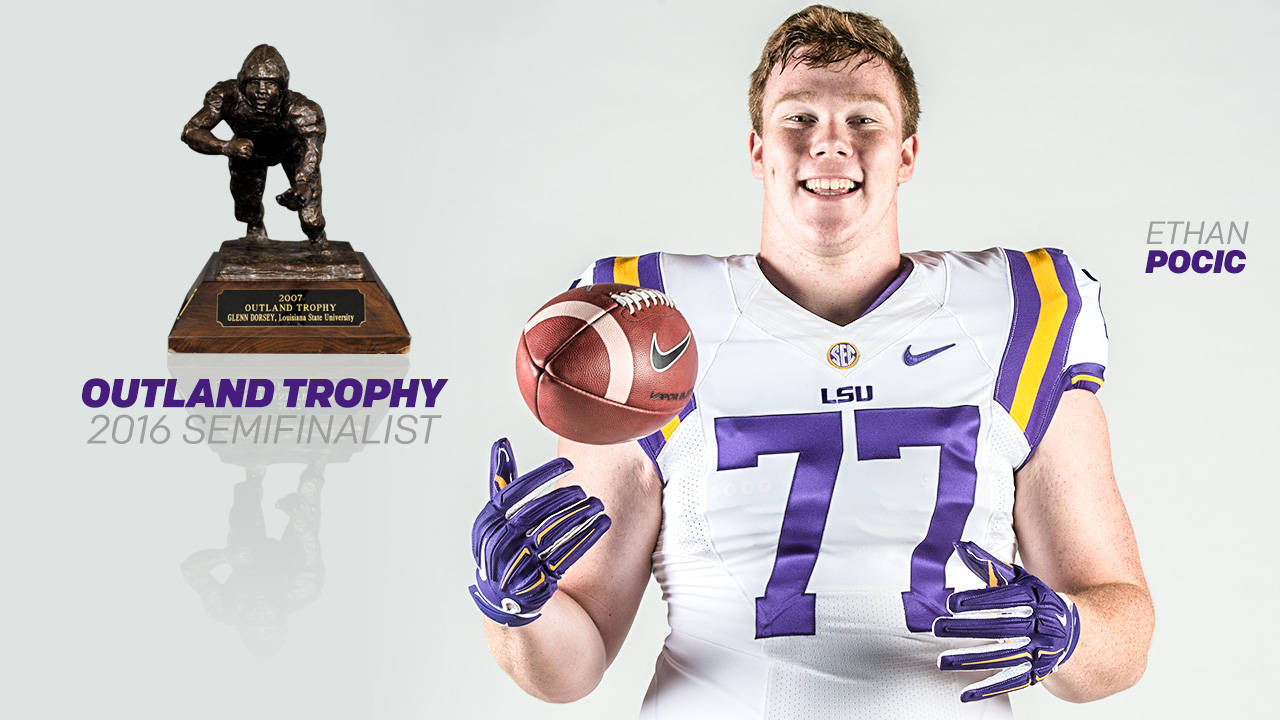 OMAHA, Neb. – LSU senior center Ethan Pocic was named one of five semifinalists for the Outland Trophy, which is awarded to the nation’s premier interior lineman the Greater Omaha Sports Committee and Football Writers Association of America announced.

The Outland Trophy, which has been awarded annually by the FWAA since 1946, is named after the late John Outland, an All-America lineman at Pennsylvania in the late 1800s. It is the third oldest player award in major-college football behind the Heisman Trophy and Maxwell Award.

Pocic has been a three-year starter for the Tigers, becoming one of the nation’s top offensive linemen. Returning to LSU for his senior season this year, the Lemont, Illinois, native has been a staple of the LSU front, earning 34 career starts (24 at center, 9 at right guard and 1 at right tackle).

In four seasons Pocic has recorded an incredible 272 knockdown blocks, including 132.5 as a junior. This season, he’s played in the most snaps of any other offensive lineman on the team with 533, earning 56 knockdown blocks.

Three times this season Pocic has been named the SEC’s Offensive Lineman of the Week, coming after wins against Missouri, Ole Miss and Arkansas. In those games, the LSU offense has produced record numbers which included 634 yards of total offense against Mizzou, a single-game rushing record of 284 yards for Leonard Fournette against the Rebels, and a second-most rushing yards in an LSU game and longest play from scrimmage from Derrius Guice against the Razorbacks.