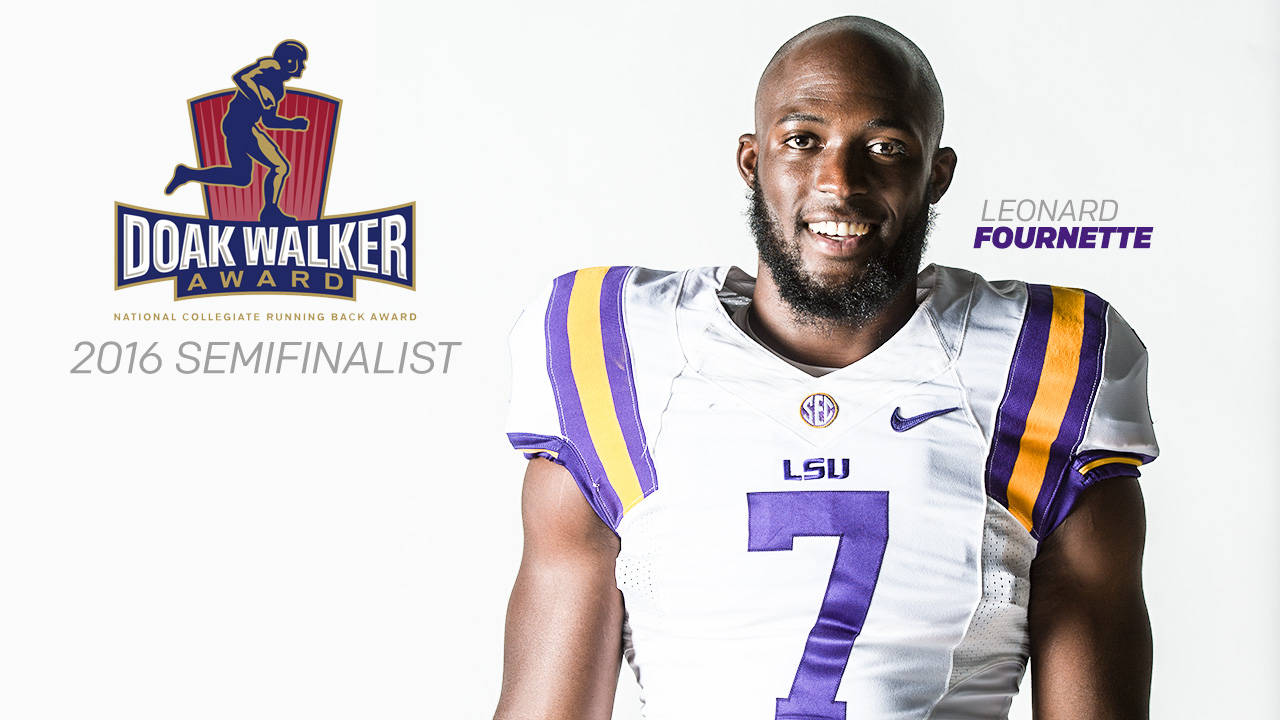 DALLAS, Texas – LSU junior running back Leonard Fournette has been named as one of 10 semifinalists for the Doak Walker Award the PwC SMU Athletic Forum announced Wednesday.

Fournette is one of seven juniors to be named a semifinalist for the award which goes to the nation’s top running back, while being one of two players from the Southeastern Conference to make the first round of cuts.

Along with the Doak Walker, Fournette is also a semifinalist for the Maxwell Award.

The New Orleans native was a finalist for the award in 2015 after his record-breaking sophomore year, and goes into this season with 803 yards on 117 attempts. Fournette has eight touchdowns, while averaging 133.8 yards per game which leads the team.

Even with missing three games due to injury, Fournette has rushed for 100 or more yards in all but two games this season, as against Ole Miss at the end of October he ran for an LSU single-game record 284 yards and three touchdowns in the win, as the yards are the fifth-most for any player in a game nationally this season.

Just this past weekend on the road against Arkansas Fournette scored three times in the first half, giving him six games in his career with three or more touchdowns in a single contest. The three scores gave him 40 for his career, becoming the fourth LSU player in program history to do so, tying him with Charles Alexander for third all-time and six away from tying the record.

With 210 more yards, Fournette will become the fourth LSU rusher in history to reach 4,000 career yards, while also becoming the second player ever to have three 1000-yard rushing seasons in a career.