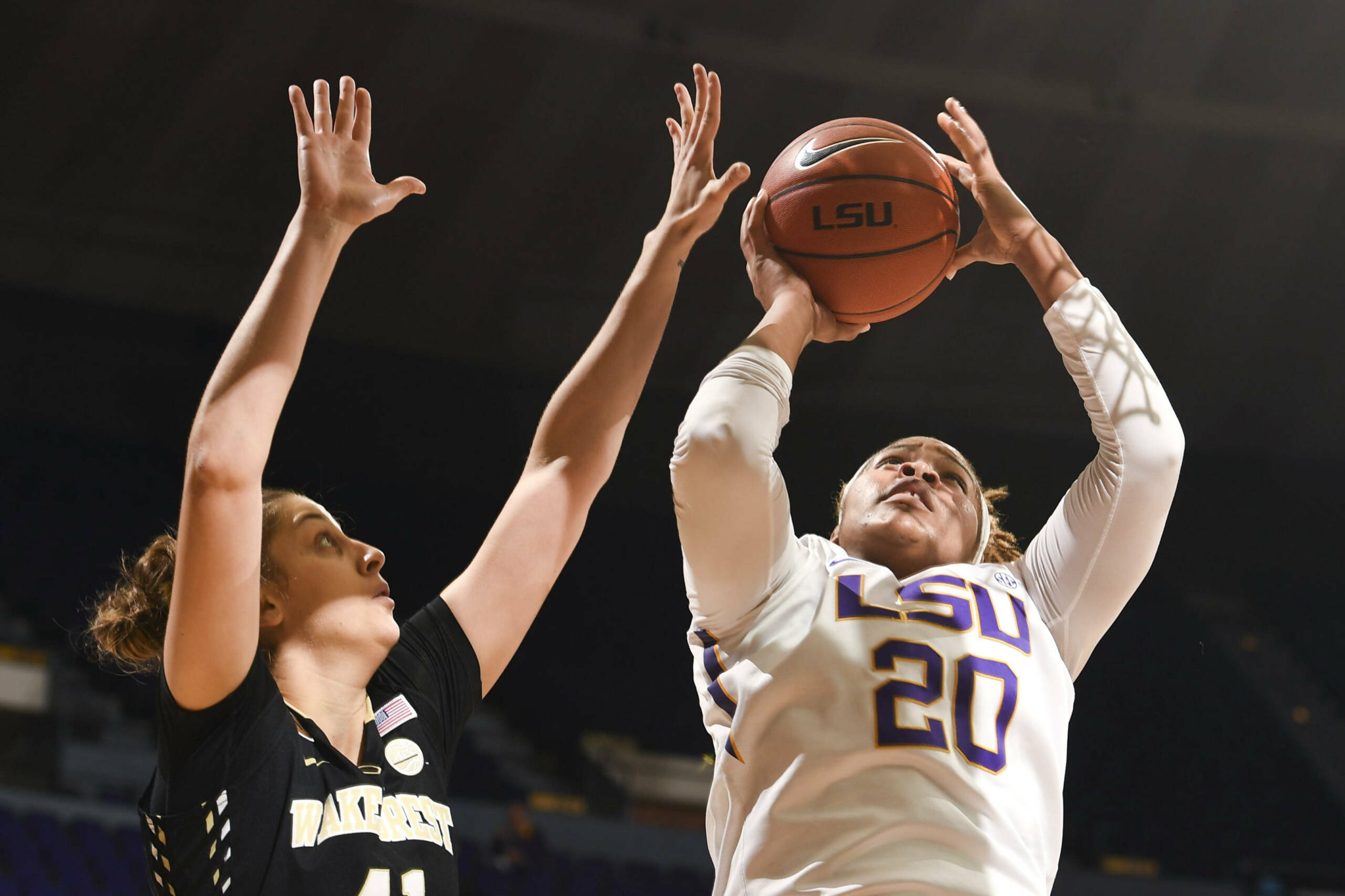 BATON ROUGE, La. — With a 2-0 record on the line, the LSU women’s basketball team will play its third game in six days when the Lady Tigers host the Rice Owls on Wednesday. Tipoff is set for 7 p.m., at the Maravich Center.

For this game, the team is hosting its Thanksgiving Food Drive and fans who bring a non-perishable food item will be able to purchase a $2 general admission ticket to the game. There will be collection barrels outside of the ticket windows and at the lower entrances.

Fans are also reminded of LSU’s “Geaux Clear” policy that is in effect at all athletic venues. The policy allows for only clear tote bags smaller than 12” x 6” x 12” or one-gallon plastic freezer bags to be permitted in the PMAC and other venues on the LSU campus this year. Bags must be clear and transparent and cannot be tinted, textured or patterned. For full details on the policy, please visit www.LSUSports.net/GeauxClear.

The LSU Sports Radio Network will carry the game on its flagship station Talk 107.3 FM in Baton Rouge. The radio broadcast featuring Patrick Wright, the voice of the Lady Tigers, also will be available for free at www.LSUsports.net/live. In addition, the game will be carried online only through the digital platform of SEC Network Plus, and is available on www.WatchESPN.com and the Watch ESPN app.

LSU opened the season with wins over Louisiana Tech last Friday and Wake Forest on Sunday, and have started the season at 2-0 for the first time since the 2013-14 campaign. That year, LSU was 2-0 with wins over Stephen F. Austin and Saint Joseph’s, and closed out the season with a 21-13 record and an appearance in the Sweet 16. The last time LSU was 3-0 occurred in 2009-10 when the Lady Tigers rolled off nine-straight victories to start the season.

Speaking of the team’s confidence after starting with two wins, head coach Nikki Fargas said, “I hope that they are looking at last year as an experience that they went through during their college careers but last year was last year and this is a new team and it’s a new season.

“We’re off to a great start,” added Fargas. “We are not blowing out anybody, but when we were going to Sweet 16s, we weren’t blowing people out even then. I think our team is just going to get better as the season goes along. We have some tough opponents that we are faced with when you look at having to play Rice and follow up that game with Connecticut, and then we are on the road to the Virgin Islands to play some competitive teams out there. Our non-conference schedule is certainly going to get us ready for SEC play.”

Four Lady Tigers are averaging in double figures scoring with Alexis Hyder and Chloe Jackson leading the way with 15 points per game. Hyder, who leads the squad in rebounding with 8.0 boards per game, registered her 11th double-double at LSU with 15 points and 10 rebounds against Wake Forest. Ayana Mitchell is averaging 12 points, while Raigyne Moncrief is averaging 11 points. Jackson also leads the Lady Tigers in assists with nine, and true freshman Jaelyn Richard-Harris is the team leader with four steals.

Rice enters the game with a 1-0 record after defeating Prairie View A&M, 68-57, last Friday. Shani Rainey led her squad’s efforts with 20 points and eight rebounds, all of which were defensive boards. Rainey and Maya Hawkins, who scored 15 points, each hit three treys in the victory.

“Rice is a team that has a balanced attack,” said head coach Nikki Fargas. “They do a great job of pushing the ball in transition and looking for early offense. They try to spread you with their ability to shoot the three and play off the bounce. They are a very good rebounding team as well.

“We have our work cut out for us,” added Fargas. “It is a challenge whenever you play a matchup to cover everything so we are going to stay true to what our five defense is predicated on and what we feel our strengths are. This is definitely a game where the team that controls the boards is going to control the tempo of the game.”

Series Notes
• LSU and Rice have only played each other four times in the history of the series, and LSU holds the 3-1 advantage.
• The last time the two squads met was in 2003 and LSU had some stellar Lady Tigers on the team at that time, including senior Temeka Johnson and sophomore Seimone Augustus. Both would go on to highly successful WNBA careers, and Augustus has since earned three Olympic medals.
• LSU is 2-0 in games played in Baton Rouge, with LSU’s last win happening during the 2001-02 season. LSU was ranked 24th in that meeting and won, 72-47.
• LSU and Rice have met three times in November, and the game Wednesday night will be the earliest meeting – albeit only by one day. The squads played on Nov. 17, 1997 to open the series. LSU won that game, 78-64, but the Owls avenged their loss with a 64-57 win the following year in Houston.

Against Conference USA
LSU is 44-24 all-time in games against current members of Conference USA. The Lady Tigers are 1-0 against C-USA so far this season with the win over Louisiana Tech on the road on Nov. 11. LSU has not faced members UTEP, Charlotte, UAB or Marshall, but will have its first meeting with UTEP in the Paradise Jam over the Thanksgiving break.

Up Next
The Lady Tigers have a rematch with defending National Champion UConn on Sunday. The game will be carried on ESPN and tipoff is set for 4:30 pm. LSU fell to UConn last season in Hartford, 86-40. Rina Hill led LSU with 10 points and Alexis Hyder led on the boards with 12 rebounds.
UConn Promotions: Free pom poms, Pack the PMAC, $2 Deal of the Week ticket by purchasing at LSUTix.net and entering DOTW for the promo code.