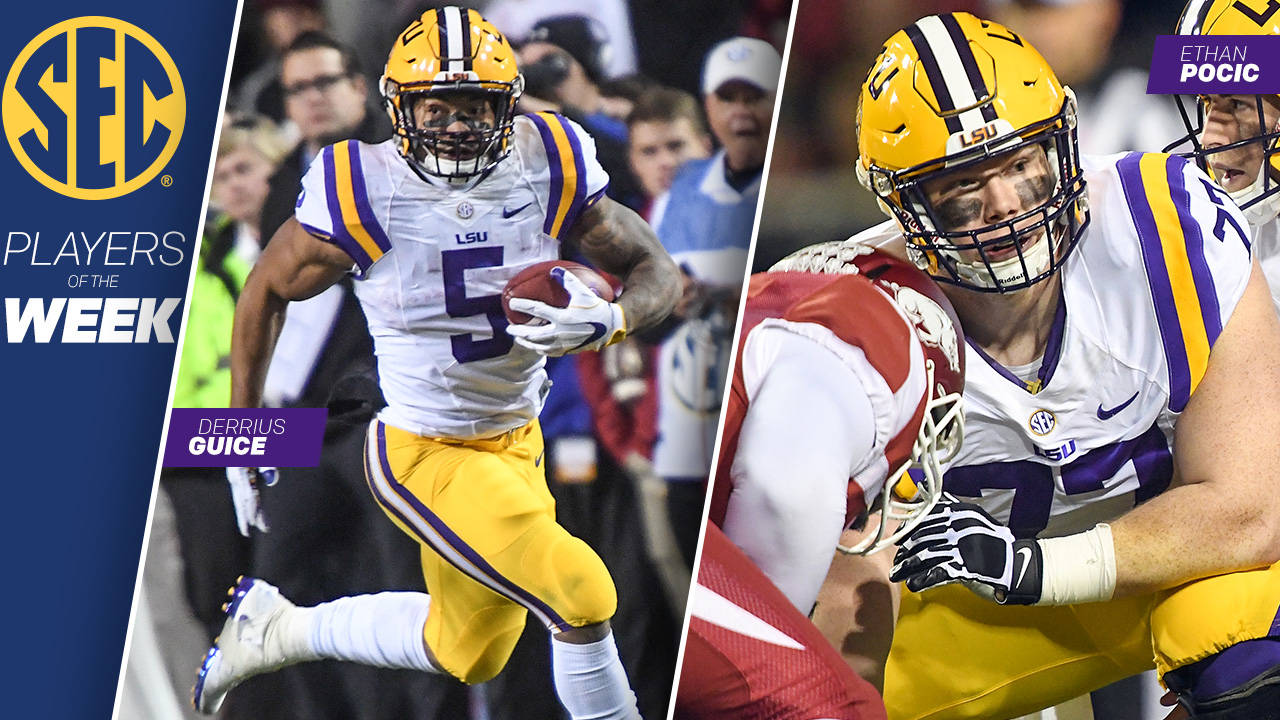 It’s the second player of the week honor for Guice this year after earning the nod following the win over Missouri, while Pocic has been named the offensive lineman of the week three times this season which includes victories over Missouri and Ole Miss. Over the course of the year, seven LSU players have taken home 10 of the SEC’s weekly conference honors.

In LSU’s emphatic, 38-10 win over the Arkansas Razorbacks in Fayetteville this past weekend, Guice had a career night as he rushed 21 times for a career-best 252 yards and two touchdowns, the second most in a single game all-time in LSU history. On his last carry of the game, Guice ran 96 yards for a score in setting the program record for the longest play from scrimmage which was 94.

Have a day, @DhaSickest. 252 yards, two scores and the longest LSU play from scrimmage. EVER. #ballerstatus pic.twitter.com/SIBPLQZJ5v

Pocic and the LSU offensive line helped power the Tiger running game to the tune of 390 yards and five touchdowns, as Leonard Fournette ran for 98 yards and three touchdowns. It was the sixth time that Fournette has scored three or more touchdowns in a game, as he and Guice accounted for all five of LSU’s touchdowns. The line also kept quarterback Danny Etling upright, as the signal caller was 10-for-16 for 157 yards passing.