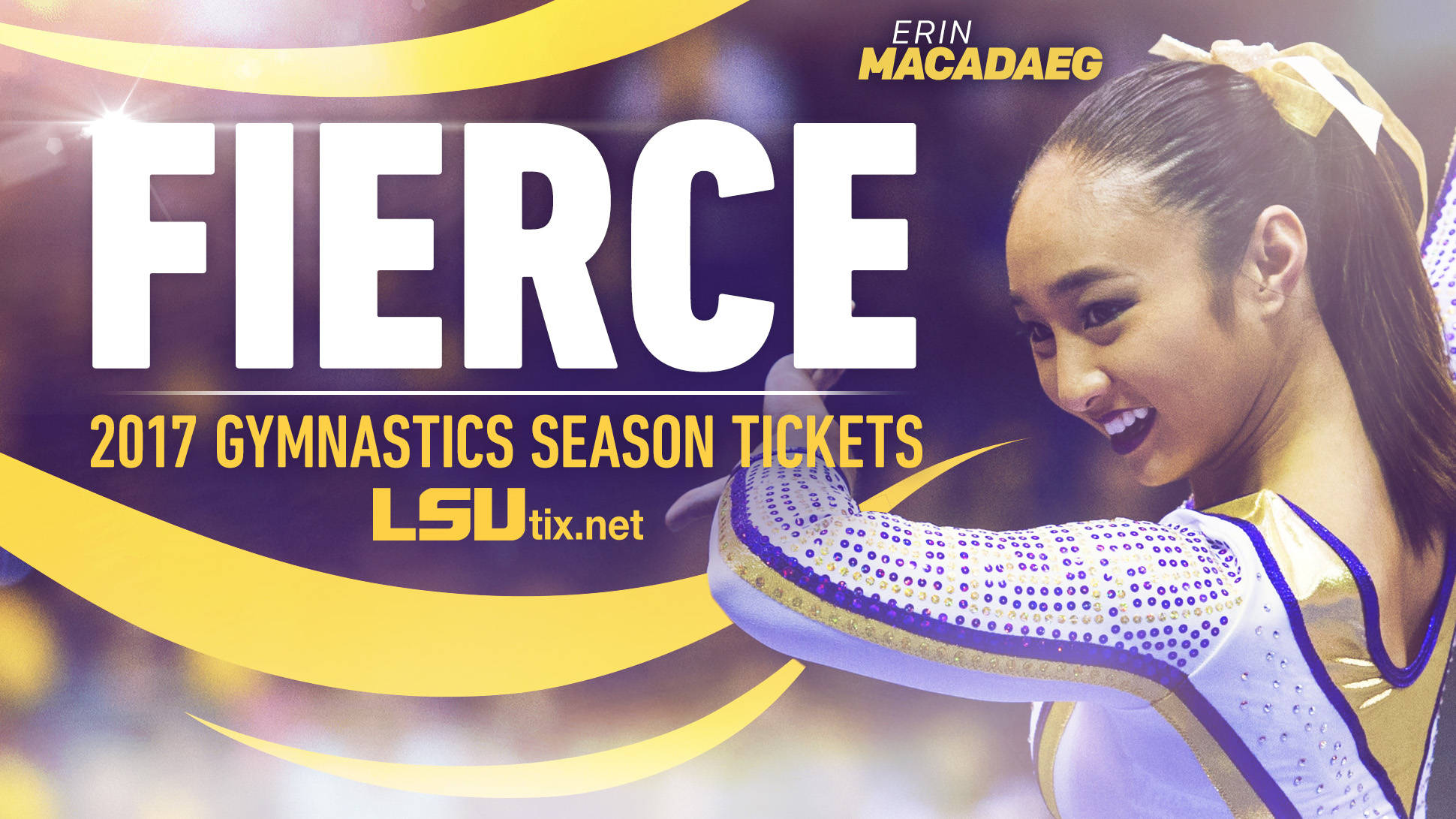 BATON ROUGE – Erin Macadaeg was fierce as the Tigers’ leadoff performer on beam in all 14 meets during the 2016 season.

The junior all-arounder ranked No. 23 nationally on beam and posted 11 score of 9.825 or better on 14 beam routines. Macadaeg tallied season-high 9.925 three times on beam in wins against Florida, Alabama and on the road at Georgia.

A two-time SEC Academic Honor Roll member, Macadaeg was outstanding in helping LSU earn a school-record second-place finish at the NCAA Super Six when she posted a 9.8875 on beam in the first spot.

In addition to her work on beam, Macadaeg also competed on vault in seven meet and in the floor lineup ion one meet. The California native posted a career-best 9.95 in her only floor performance of the season.

Do not miss your chance to see Macadaeg and the Tigers take on some of the nation’s best teams at home and break even more records in 2017.