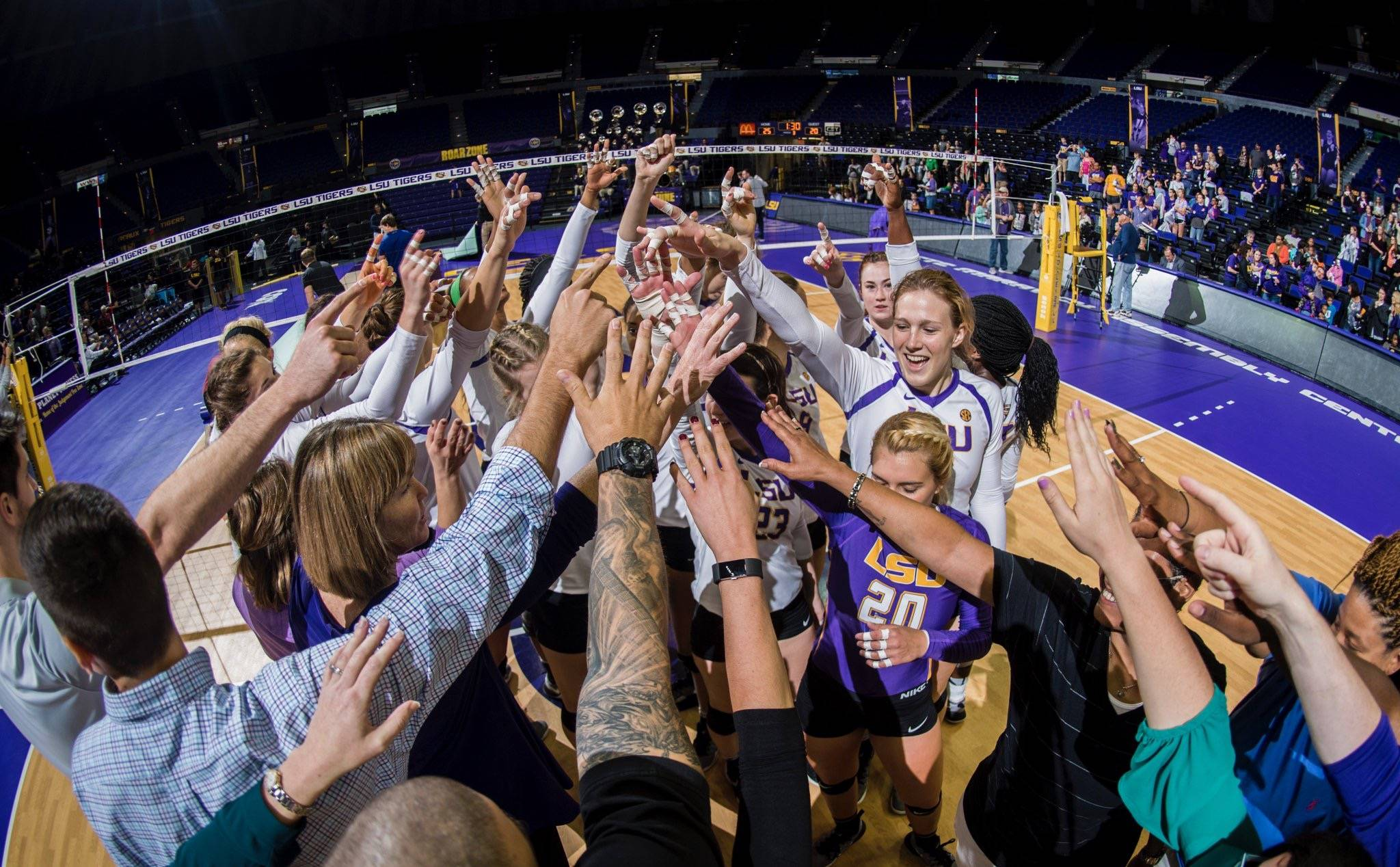 BATON ROUGE – The LSU volleyball team compiled its most balanced performance of the season with a .340 hitting percentage on 31 kills and just six attacking errors, 10 blocks and 41 digs to sweep Mississippi State for its second-straight home win Sunday afternoon at the Maravich Center.

Flory’s Thoughts
“I really think we got the monkey off of our back,” head coach Fran Flory said. “Today we played the way we are capable of playing. We played the way we were expected to play this season and I am glad we finally got there. The way we managed the match today was the most impressive thing to me. Our confidence grew and we didn’t try to do too much. Today they looked like they understood the opportunities they had and didn’t try to do too much.”

What’s Next
The Tigers hit the road for three-straight matches beginning Friday, Nov. 18, against Kentucky. The squad then continues the weekend at Tennessee on Sunday, Nov. 20. The road swing ends on Wednesday, Nov. 23 when LSU faces off against Texas A&M in College Station.

Opening Set
LSU opened with a strong start, hitting .300 on 11 kills and just two errors. After taking a 9-8 lead, the Tigers never looked back and held the lead throughout the rest of the set. After Mississippi State took a timeout down 15-20, the Bulldogs fought back to win four of the next nine points but ultimately LSU was able to hold on and take a 1-0 lead.

Second Set
Olivia Beyer totaled seven kills and two blocks for 6.5 points to lead LSU. As a team, LSU hit .353 on 15 kills and took advantage of Mississippi State’s .154 hitting percentage and eight attacking errors. After the two squads tied at 15, LSU went out to a 23-17 lead to force Mississippi State to take a timeout. The Bulldogs won six of the next seven points, but the Tigers ultimately took the set thanks to a kill by Gina Tillis.

Third Set
The Tigers hit better than .300 for a third-straight set and ultimately finished with a match-best .359 on 15 kills and just one attacking error. Defensively, LSU totaled three blocks and libero Kelly Quinn finished with seven digs. LSU dominated the set and never gave up the lead or allowed the Bulldogs to tie. The Tigers got out to a 10-4 lead, forcing Mississippi State to take a timeout. LSU led by as many as seven points in the frame and ultimately took the set, 25-20.

Match Notes
>> LSU’s six attacking errors were the fewest in a match since Aug. 26, 2011, when the team only committed three in a win over UL-Lafayette.

>> Tillis led the squad in kills with 12. It marked the 19th time this season that the junior has led the team in kills.

>> Toni Rodriguez finished second on the team in kills with 11. Rodriguez hit a career-best .625 on 16 attempts with just one attacking error.

>> Sophomore Lindsay Flory made her second-straight start at setter and totaled 31 assists along with seven digs.

>> Beyer hit a career-best .467 on seven kills and 15 attempts. Beyer did not have an attacking error in the match. The Canton, Michigan native also totaled seven blocks for a career-best mark.

>> MSU finished the match with just four service aces. Entering the match, the Bulldogs were third in the league in service aces with 137 at 1.26 per set.