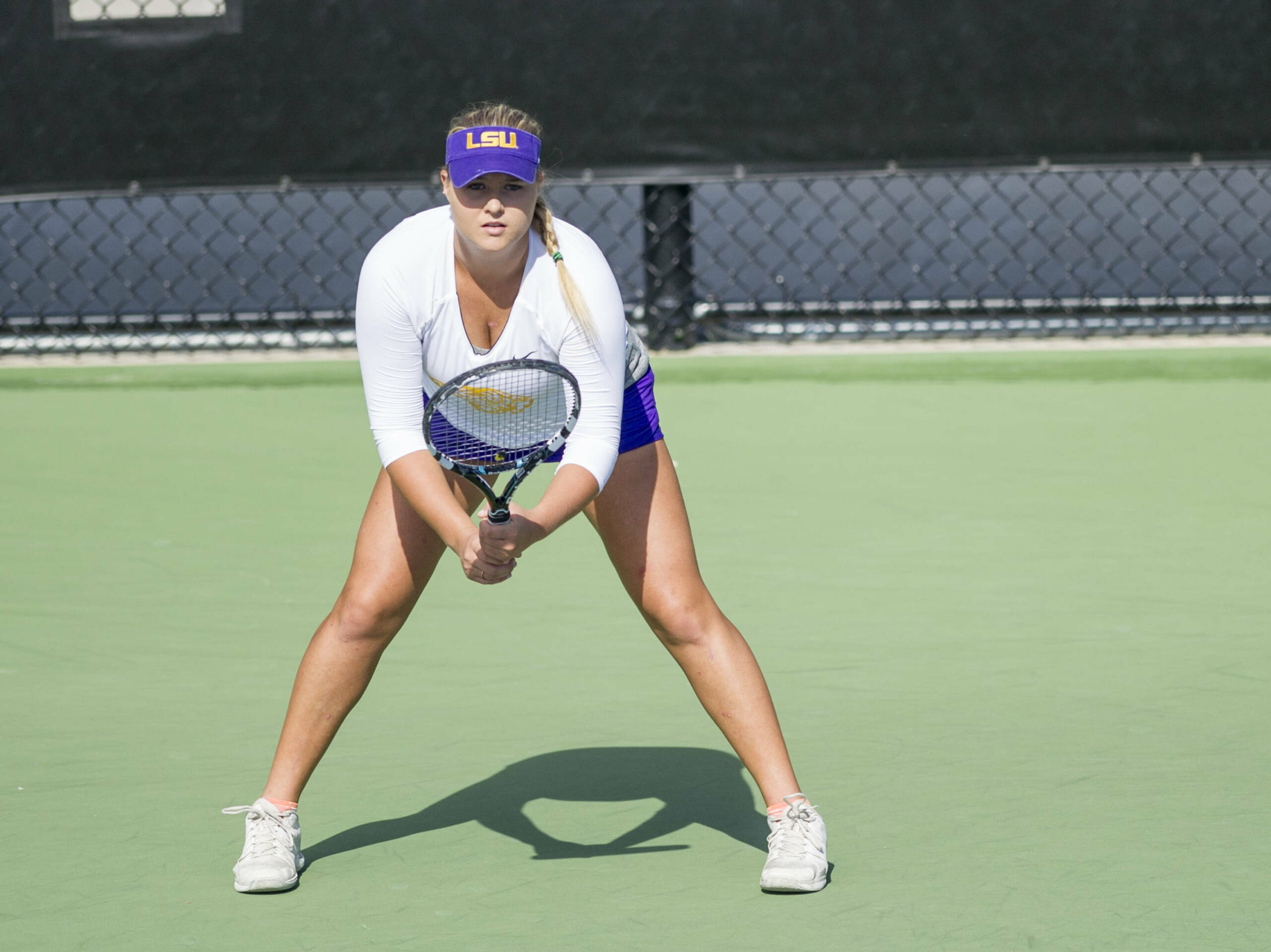 BATON ROUGE, La. — The LSU women’s tennis team capped off a series of convincing performances with three singles victories on the third and final day of the Tiger Fall Classic Sunday.

Ryann Foster won her third singles match without dropping a set, defeating Tulane’s Naz Karagoz 6-2, 6-1. With three singles and three doubles victories on the weekend, Foster finished the Tiger Fall Classic a perfect 6-0, handling her opposition with ease and displaying top-notch skill on the court.

Sophomore Jessica Golovin overcame a 4-1 deficit in the first set against Sade Atkinson to win both the first and second sets. After falling in two closely contested, three-set matches the past two days, Golovin showed incredible determination and was able to recover her form and defeat Atkinson 6-4, 6-4.

With the conclusion of the LSU Tiger Fall Classic, the Lady Tigers wrap up their fall schedule and now turn their attention to the spring where they intend to build on an impressive start to the 2016-17 campaign.

“This was the perfect way to end the fall playing in a dual match format,” said co-head coach Julia Sell. “We progressed with each match which is exactly what we wanted to see.”

Sell also added the team is focusing on maintaining their health during training for the spring, where the Lady Tigers will prepare to be at full strength when Northwestern St. and Southern come to the LSU Tennis Complex for a season-opening double-header on Jan. 21.