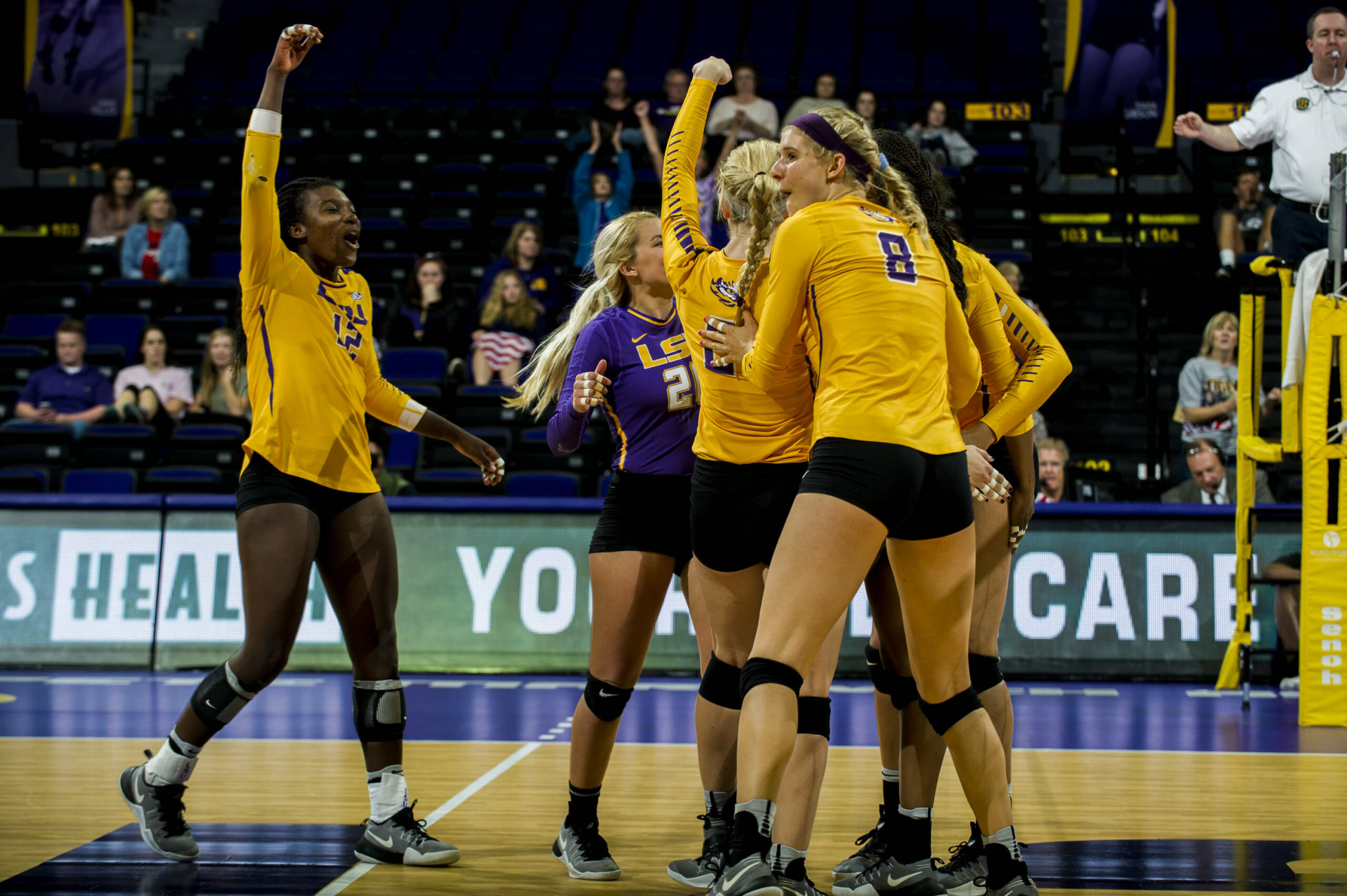 Friday’s match will be streamed live on SECNetwork+. Fans can watch the action online through WatchESPN.com and the Watch ESPN app.

Match Promotions
Sunday afternoon is Girl Scouts day at the Maravich Center. All GSLE members ages 5-12 are welcome to participate in a pre-match poster making activity and a post-match serving activity. Girl Scouts must be registered for the event in advance. The first 500 fans will also receive an LSU Volleyball Pillow Case. Fans are reminded that admission to the Maravich Center as well as to Geaux Clear

Last Time Out
Down 15-11 in the fourth set with Georgia in control of the set and match, the LSU volleyball team fired off a 10-2 run to take the momentum and capture its first win inside of the Maravich Center. The squad was led in kills (18) by both Tiara Gibson, who finished with a career best, and junior Gina Tillis Georgia out-blocked LSU in the match. The Tigers won their second match of the season when being out-blocked.

A Look at Mississippi State
The Bulldogs are on a five-match losing streak and are 2-8 on the road this season. Mississippi State is 12-16 overall and 4-10 in league play with wins over Tennessee, Alabama and Auburn.
State is one of the best teams in conference at the service line with 155 aces this season at 1.26 per set for third in league play. In digs, the Bulldogs rank last in the league with 12.23 per set. At the net, Jazmyne Johnson is seventh in the league in blocks with 119 total at 1.10 per set.

Team Notes
>> This season, LSU is 5-2 when winning the first set, 3-2 in five sets and won its second match of the season after trailing 2-1.

>> Gibson owns a start in every match this season and has played in 87 of 90 sets for the squad. Gibson surpassed the 200-kill mark on Friday against Georgia and now has 212. The South Dakota native also owns a team-best 69 blocks.

>> Junior Kelly Quinn took over as the squad’s libero two weeks ago and has played the position in the last three matches. Quinn owns 225 digs on the season.

>> LSU has won the last 10 at home against Mississippi State. The Tigers have not lost to the Bulldogs in more than 10 seasons.

>> Out of the nine total losses for LSU in the series, four have come at home inside the Maravich Center.