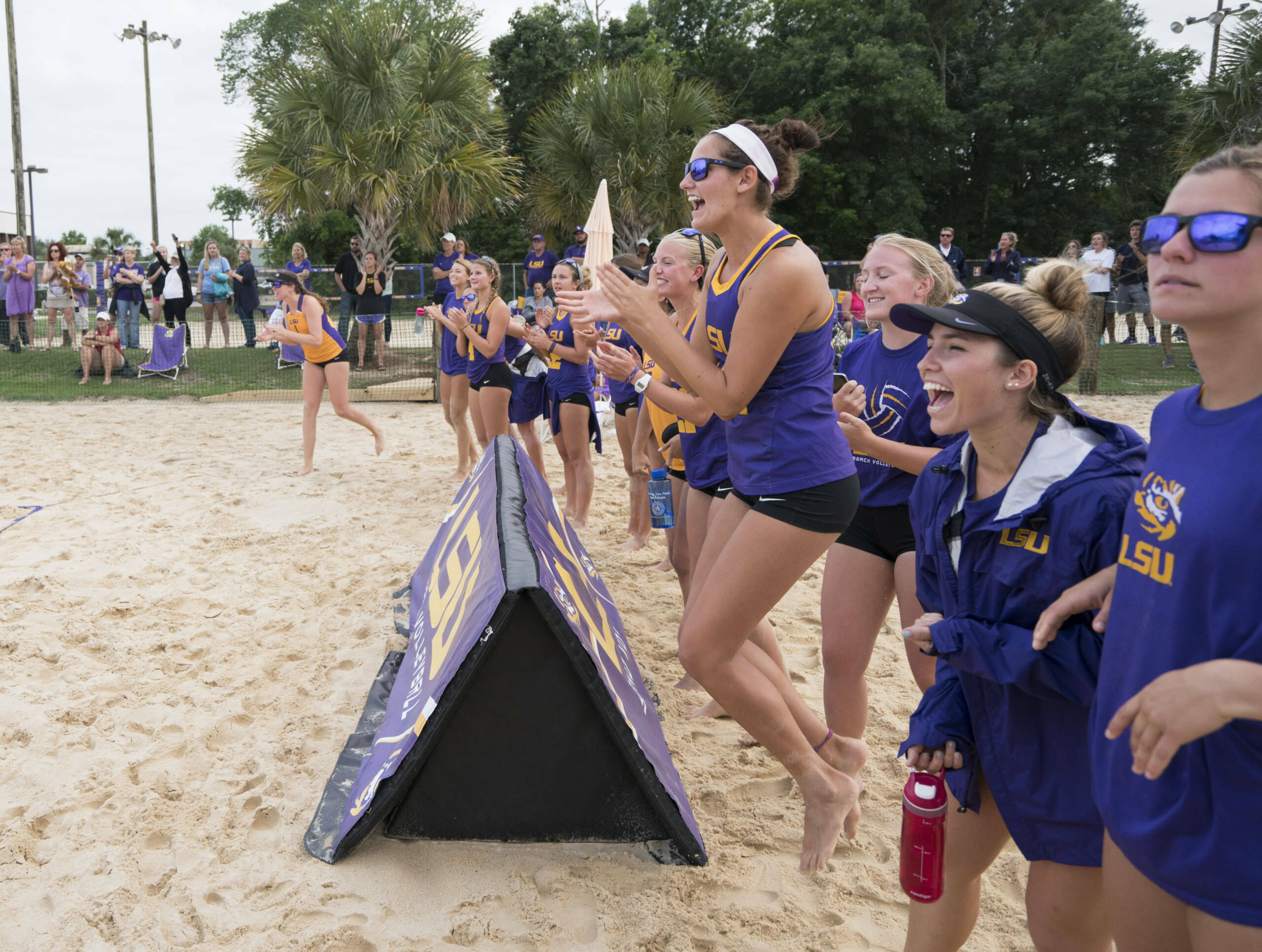 BATON ROUGE, La.- The LSU beach volleyball team will travel to Emerson, Georgia, to compete in the Collegiate Beach Bash at the LakePoint Sports Complex on Saturday at 8 a.m. CT. Fans can livestream the event at www.FloVolleyball.TV

Georgia State, South Carolina, Spring Hill and UNC-Wilmington are all slated to compete with matches going to no more than two sets.

“Our fall (training) has been really good,” said associate head coach Russell Brock. “We focused on some things that we really needed to improve on. We feel like we made a ton of progress, but now we get to see how it looks in action. It’s an exciting opportunity and a great chance to play against some great teams who also had great training in the fall. To get some real data to head into this winter break and push us into the spring to start the season, it’s going to be a critical part of our fall training.”

Last season, LSU finished the regular season with five wins against ranked opponents, including two in the top-10 in No. 5 FIU and No. 10 Grand Canyon. The Tigers knocked off in-state rival No. 18 Tulane on the road and defeated No. 16 New Mexico in one of the last matches of the regular season at home.

No. 1 pair Katie Lindelow and Ashley Allmer claimed 15 wins on last year with major wins against No. 10 Georgia State in the Tiger Beach Challenge and No. 16 Florida Atlantic in the CCSA Conference Championship tournament.

At the No. 2 spot, Lilly Kessler finished the year notching eight wins against ranked opponents with five of the victories coming against teams in the top-10. Kessler completed the season with a team-high 23 wins in 29 matches.

On court three, Callan Molle and Cati Leak combined for 15 wins with a 6-6 record against ranked teams.

No. 4 duo Riley Young and Mandi Orellana collected 11 wins on the year, knocking off pairs from No. 18 Tulane and No. 6 Arizona at the Green Wave Invitational.

Megan Davenport and Cheyenne Wood partnered at the five at the start of the Palmetto Invitational and finished out the season garnering 11 wins in the final 12 matches, including going undefeated at the CCSA Conference Championship tournament. The duo wrapped up the year with a 12-2 record.