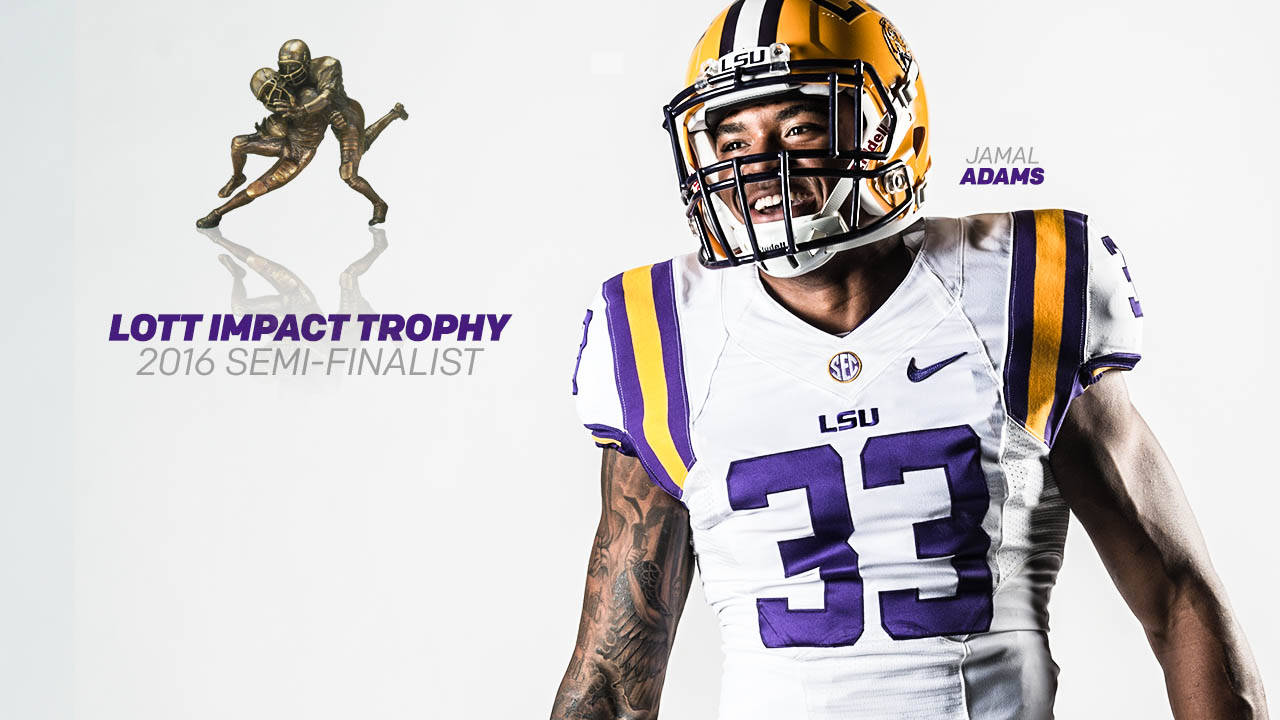 The 10 players represent the best college defensive players in the nation who make the biggest IMPACT on their team both on and off the field. IMPACT is an acronym for Integrity, Maturity, Performance, Academics, Community and Tenacity.

Adams is one of two players from the Southeastern Conference to earn a spot after the two rounds of cuts, as the Texas native was named a quarterfinalist for the award two weeks ago.

Currently third on the team with 56 total tackles, Adams has started all eight games for the Tigers in his junior season earning 28 assisted and unassisted so far this year. He has 3.5 tackles for loss and three pass breakups, registering his first interception of the season against Alabama, while forcing and recovering a fumble against Southern Miss. He’s earned double-digit tackles in two games, including having a career-best 13 on the road at Auburn.

Adams has started 22 games in three seasons at LSU, while playing in 33 total contests as before the season he was named to the preseason All-SEC Second Team by the coaches and media.

A national voter panel, made up of former coaches, players, selected media and previous Lott IMPACT Trophy winners, will select four finalists as well as the winner. The finalists will be announced Nov. 29.

LSU is on the road this week, traveling to take on the Arkansas Razorbacks at 6 p.m. CT in Fayetteville. The game will be televised on ESPN.