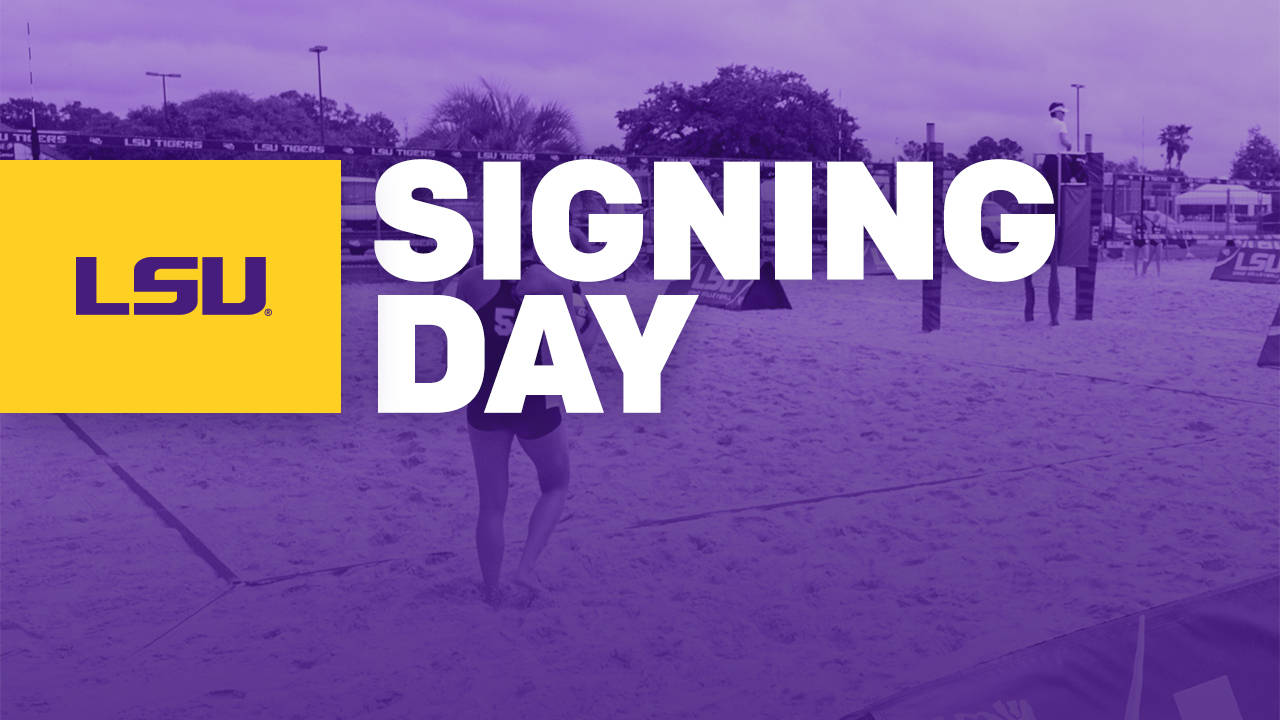 BATON ROUGE, La. – The LSU beach volleyball team announced the signings of Savannah Wininger, Kahlee York and Hunter Domanski on Thursday, including indoor signee Nicole Decker, who will also play beach collegiately for the team. The latest signees will be eligible to compete during the 2018 season.

“We’re really excited (about our signing class),” said associate head coach Russell Brock. “They all bring different facets to the game that are going to help us.”

“Our goal, when we recruit classes, is always to bring in people who can continue to help us become better, and we feel like they all specifically bring things that will allow us to achieve greatness. That’s why we kind of reeled them in.”

Wininger, a Baton Rouge native, has currently helped vault the St. Michael the Archangel indoor volleyball squad to a 26-5 record during her senior campaign. Wininger was able to propel St Michael’s to the district championship in 2014, and she also received 2014 All-District Honorable Mention honors, as well as 2015 First Team All-District and All-Metro Honorable Mention accolades.

“We’ve made it no secret that we like to find people who are from here and are excited to put on the purple and gold and represent something that they’ve loved their whole life,” said Brock. “We want to bring them in and be able to kind of help the other people on our team understand what that’s really all about. That’s a big bonus find someone locally in that class.”

From Lakewood Ranch, Florida, York is a two-time indoor district champion and a 2014 regional champion for the State College of Florida Collegiate School. Individually, she was voted to the HTPreps All-Area team in 2014 and 2015 and was one of two area underclassmen along with Venice High’s Tanner Gauthier to be Best of HTPreps first-team selections.

“Kahlee is a really well-established, tried-and-true, well-trained beach player from Florida. It’s been who she is for a really long time, and we feel really fortunate to be able to convince her to come and join us in Louisiana,” said Brock. “She’s a really great player and has the ability to contribute as a blocker, defender or split. To be able to add her is a big bonus.”

Domanski, a native of New Braunfels, Texas, is a three-sport athlete for New Braunfels High School where she was a two-time state champion in doubles tennis. Her junior season, Domanski tallied 643 digs and 47 aces, the most in her district.

“Hunter is long and athletic. We expect her to be a great defender. She’s kind of young to the game but is getting some good training, and we really feel like she has a lot of upside and potential. She can be a major contributor as the program moves through,” said Brock.

While she plays outside hitter for her high school and the Boomers Volleyball Club, Decker will transition to the back row in indoor and also play beach collegiately. As an outside hitter, Decker has helped Calvary Christian Academy to district championships in 2012 and 2016. Individually the Coral Springs, Florida native was named to the second team All-County team in 2015 and was selected as an honorable mention All-County team member in 2014.