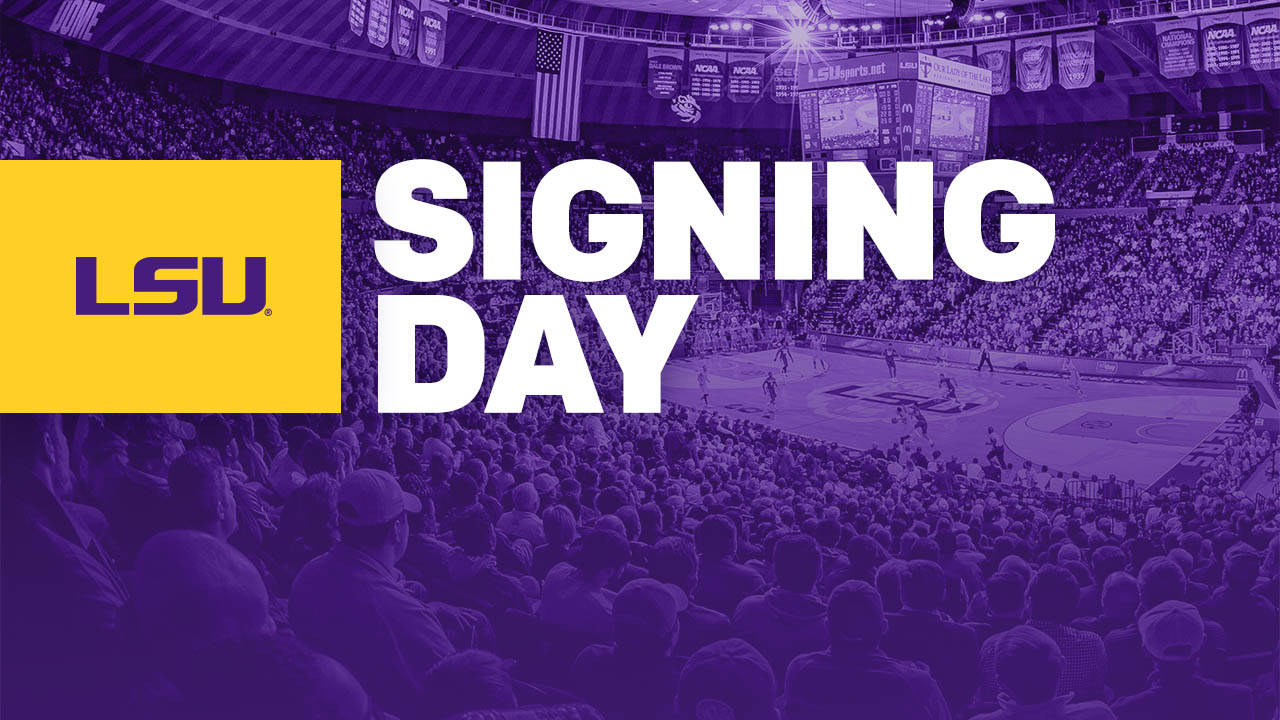 Rachel will be playing his senior season at Natchitoches-Central High School, while Alexander will wrap up his high school career at Lafayette Christian Academy.

Rachel, a 6-6 combo guard is listed at No. 6 in the country at his position and No. 3 in the state of Louisiana by 247Sports.com.

Alexander is a top 100 selection by both ESPN and 247Sports and is ranked No. 2 in the state.

Last season, Rachal earned All-CenLa MVP honors and averaged 15 points and eight rebounds while leading Natchitoches-Central to a third straight LHSAA Class 5A Championship game. He was the MVP in the title game after scoring 24 points in NCHS’s 54-52 championship win over Scotlandville. He was a first team all-state selection by the Louisiana Sports Writers Association.

“I’m excited about … the signing of Brandon Rachal from Natchitoches Central,” Jones said in a media session Thursday afternoon. “Brandon is a guy that will bring a physical presence to our team next season … He has unbelievable size and strength. He will come in with a type of size and strength like no other perimeter guys that we’ve had an opportunity to sign in the past. He’s excellent on the defensive end of the floor. Offensively, he’s very astute and knowledgeable in terms of how to score, as a passer, and making plays. He possesses all the attributes in terms of what it takes to win and we are excited to have Brandon and his family joining our LSU Basketball family.”

Alexander transferred in from Breaux Bridge to Lafayette Christian last season and averaged 15.9 points a game for the Class 1A semifinalists a year ago as a junior. He also averaged in double figures this past summer for the RM5 Elite squad that is based in Texas. He also posted numbers of 6.0 rebounds, 1.8 blocks and 1.4 steals a game.

Alexander, at 6-6, has also emphasized his long-range shooting abilities, hitting 41 percent from outside the arc last season.

“We are also excited about Galen Alexander and his family joining our Tiger family,” said Coach Jones later Thursday evening after Alexander signed in a ceremony at LCA. “He will bring a physical presence to our lineup on the perimeter that will impact our team on both ends of the floor offensively and defensively. He has the ability to score from the perimeter as well as inside. He has really good ball-handling skills and great passing ability. On the defensive end, because of his size and strength, he can guard multiple positions and we look forward to Galen joining us and impacting our program in a year.”

The LSU Tigers open the 2016-17 season on Saturday afternoon at 1 p.m. at the Maravich Center against Wofford.