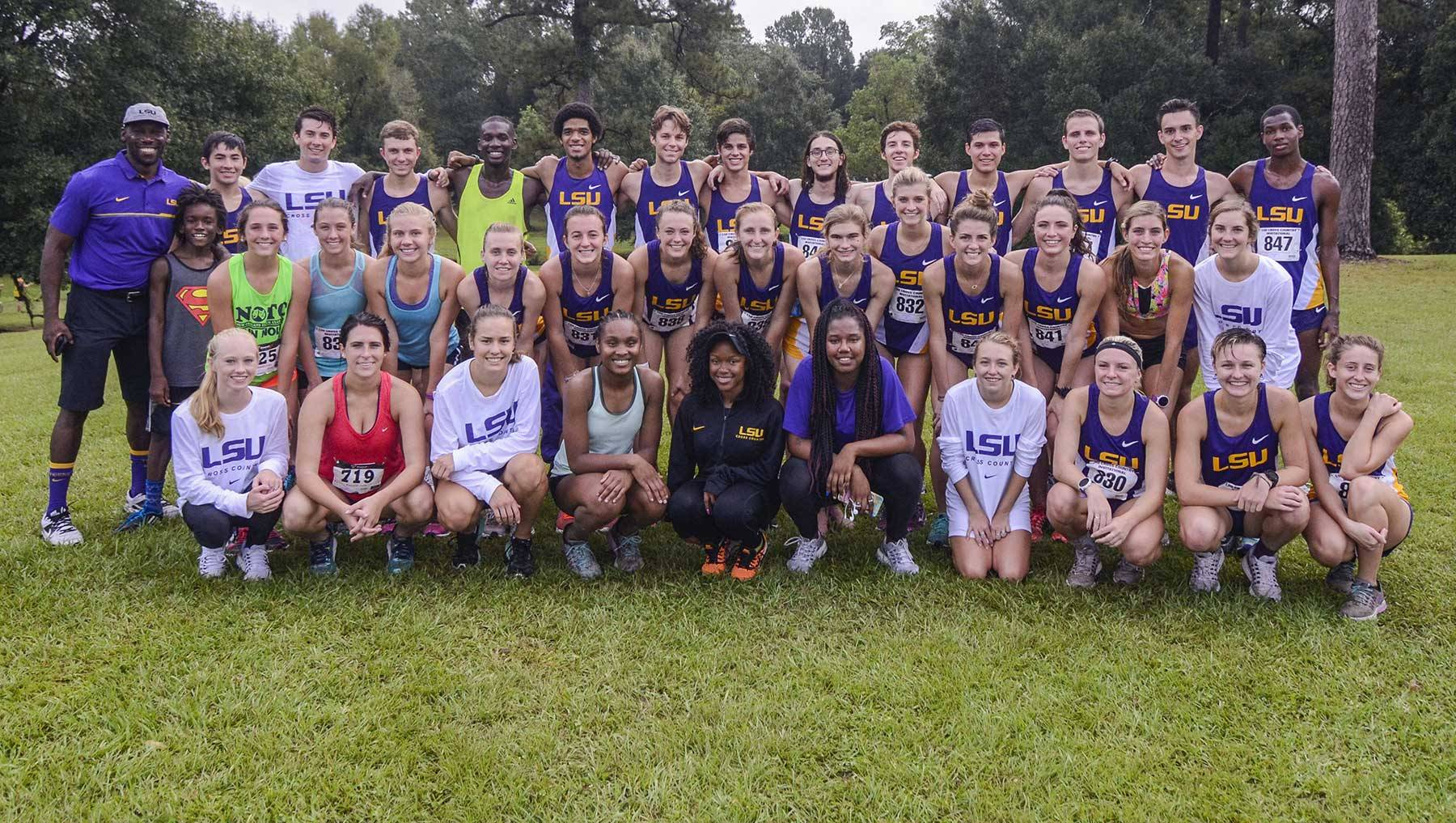 FAYETTEVILLE, Ark. – For the second time in three weeks, LSU’s men’s and women’s cross country teams head back to the home of the Razorbacks to compete in the NCAA South Central Regional on Friday as the meet will be held again at Agri Park.

The women’s 6k race is scheduled to kick off at 11 a.m. CT followed by the start of the men’s 10k race at Noon.

Joining Braxton for the men’s team are senior Christian Johnson, junior DC Lipani and freshman Harrison Martingayle. Lipani and Johnson were the second and third respective Tigers to finish in the conference championships. Lipani finished 58th while Johnson crossed in 68th-place. Martingayle was the fourth member of the men’s team as he earned 84th-place individually.

For the Lady Tigers, Stauber is accompanied by senior Ashley Welborn and sophomore Hannah Bourque. Welborn and Bourque were the second and third finishers respectively for the women’s team in the SEC Championships. Welborn finished in 83rd-place while Bourque placed 98th individually.

Head Coach Khadevis Robinson is looking forward to how his runners compete on Friday.

The men will be running against 26 other schools and 24 on the women’s side. Among the 26 for the men’s competition will be conference foes Arkansas and Kentucky. Arkansas is currently ranked sixth in the Men’s USTFCCCA national rankings while Kentucky is receiving votes.

The Lady Tigers main competitors will be host Arkansas and Baylor who find themselves ranked seventh and 25th respectively in the Women’s USTFCCA national rankings.

The top two teams and the top four individuals not among the top two teams will earn an automatic spot in the NCAA Championships in Terre Haute, Indiana, on Saturday Nov. 19.