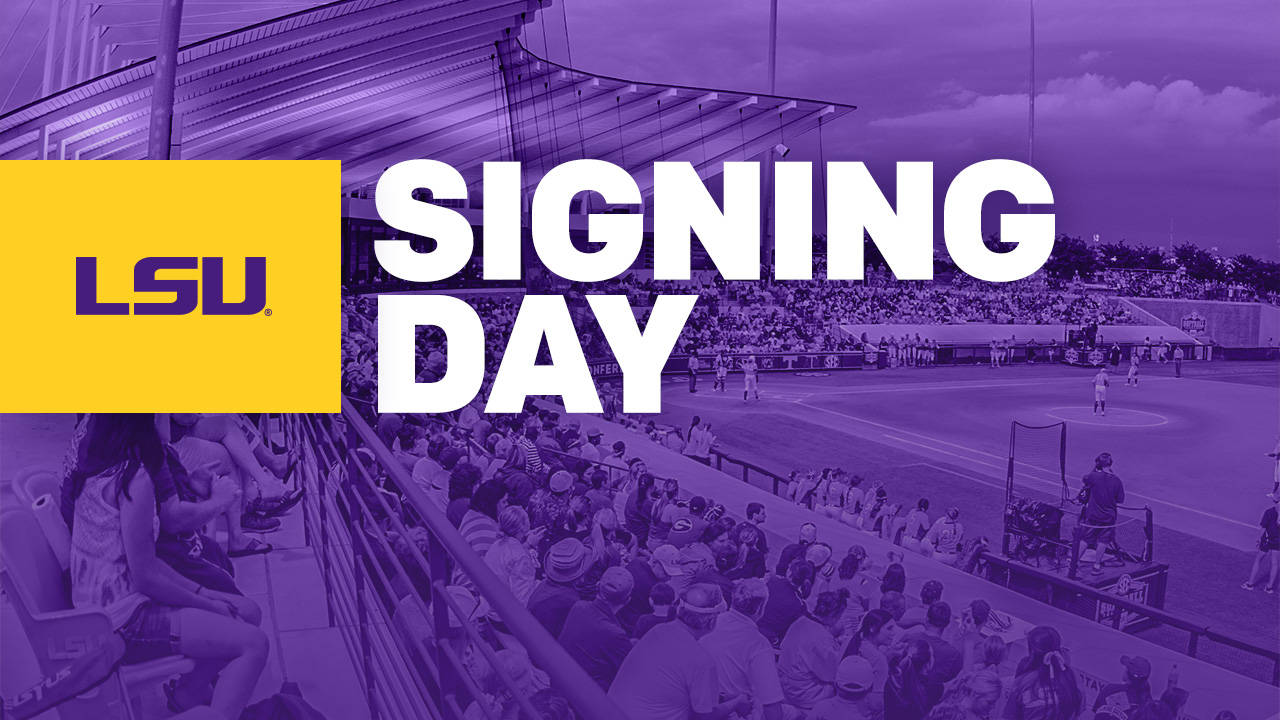 BATON ROUGE, La. – Coming off of its second-straight Women’s College World Series appearance in June, LSU head softball coach Beth Torina and the Tigers announced the signings of Taryn Antoine, Cristiona Caccamise, Kara Goff and Shelbi Sunseri to National Letters of Intent and will be freshman in the fall of 2017.

Of the four newly-minted signees, Antoine hails from Louisiana and Goff from Alabama, while Sunseri hails from Texas and Caccamise from California.

“We are so excited to receive National Letters of Intent from our signees in the class of 2017. They are a diverse group that includes pitching, solid defense and both power and speed at the plate,” Torina said. “They are sure to make an immediate impact with our program and in the SEC.”

Heading into her senior season at Alexandria Senior High School, Antoine is an accomplished prep athlete through three years of high school. Her softball team has gone 51-14 in the last two seasons, winning the LHSAA Class 5A State Championship in 2016.

Antoine hit .484 with 40 stolen bases during that championship run in which her team went undefeated through the state tournament, as a sophomore she also hit .484 with seven triples and 26 stolen bases. In 2015 she was a first team all-district and all-region selection, while last season she was first team all-district, all-region and all-state pick. In the summer she also plays with the Texas Glory Shelton travel ball team.

Caccamise, seeing time as a catcher and at third base for Patrick Henry High School and for the Corona Angels Tyson in California, helped lead the team to a pair of league championships and a division runner-up finish. The finals appearances came off the back of a 25-9 year for the squad, as over the course of three seasons Caccamise sports a .413 overall batting average.

In 2016, Goff was an all-district and all-state selection, being named the offensive most valuable player after hitting over .350 for the season. She was also a first team all-district and all-region player as she led her team on the volleyball court to a district championship.

Goff spent two seasons on the team at Ruston High School before her father, Greg, was named the head coach at the University of Alabama. She will complete her high school career at Northridge High School in Tuscaloosa, while continuing her travel ball career with the Birmingham Thunderbolts after previously playing with the Marucci Patriots.

Please welcome Kara Goff of Tuscaloosa, AL to the LSU Softball family. She is currently a B’Ham Thunderbolt & formerly a Marucci Patriot. pic.twitter.com/lE1MprUS73

A varsity player for four years at Santa Fe High School in southeast Texas, Sunseri for the last three seasons has been named the county’s player of the year. In three seasons as a pitcher Sunseri has amassed 74 wins, with 891 strikeouts, while racking up over 120 hits, 31 doubles, three triples and 13 home runs, 102 RBIs and 18 runs scored.

Along with being the three-time Galveston County Player of the Year, Sunseri has also been three times named the district MVP and twice been named to the Texas Sports Writers Association All-State Team, team MVP, NFCA High School All-American and All-Greater Houston. Sunseri is also a member of the Texas Bombers travel team. A member of the National Honor Society and on the school’s honor roll, Sunseri has also been academic all-district selection three times.

“As excited as we are to welcome their families to ours and to have them as players on our team, we are even more excited to have them as young women in our community,” Torina said. “Our Fighting Tiger family grows today, and we could not be prouder!”