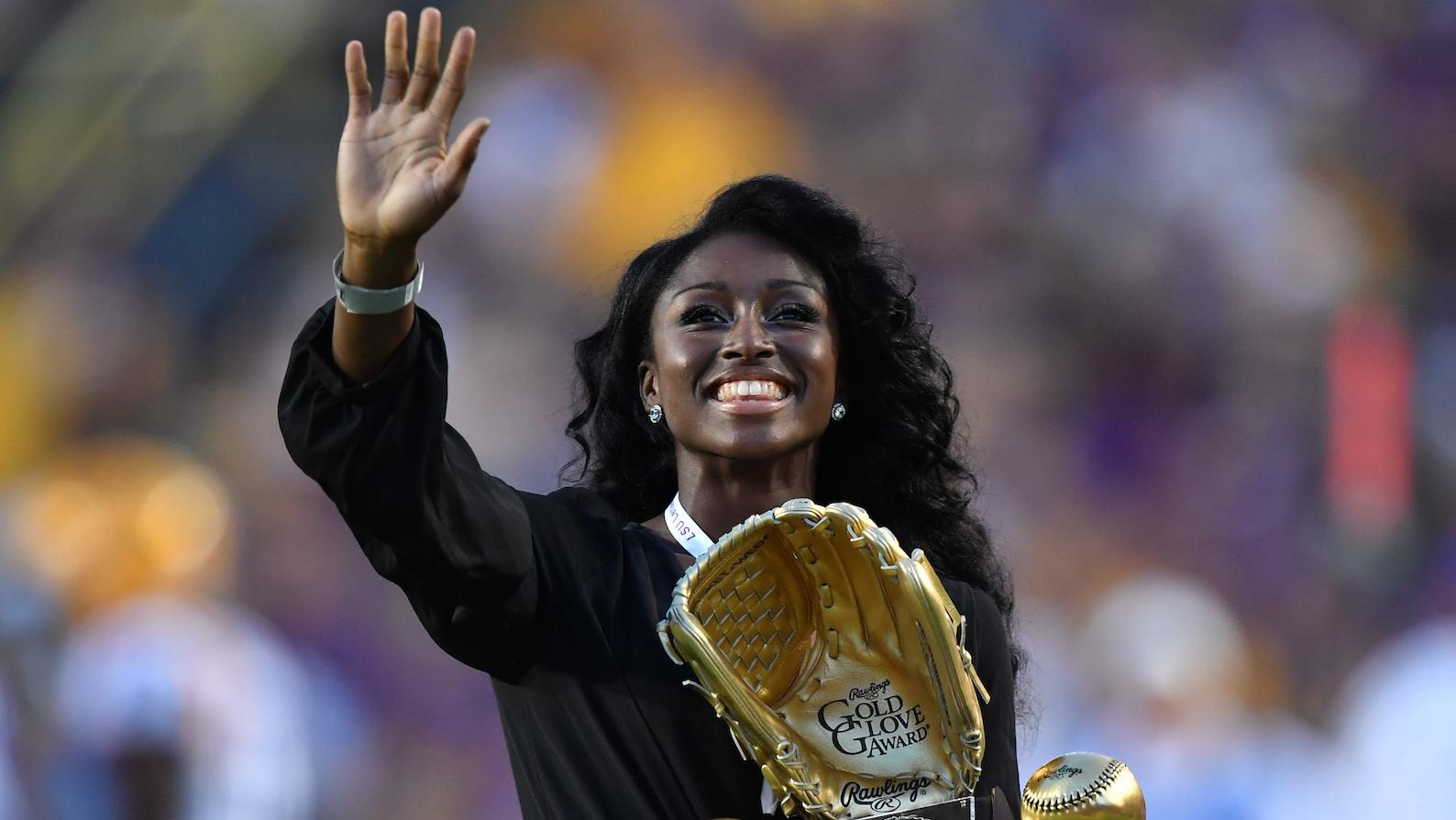 Andrews, who was named the award winner at the National Pro Fastpitch Championship Banquet on August 18, will be presented along with some of Major League Baseball’s finest as the MLB winners will also be announced at the dinner on Friday night.

On the eve of the National Pro Fastpitch Championship Series, history was made as Rawlings Sports awarded for the first time, a Gold Glove Award to a female athlete with the honor going to Andrews at the pre-Series banquet in Tuscaloosa, Alabama. Now in its 58th year, the Rawlings Gold Glove has been awarded to 323 players in nine positions, all male Major League Baseball players, until now.

Roaming the outfield for four seasons in the Purple and Gold at Tiger Park, Andrews has been a fan favorite since joining the league after her senior season in 2015. The 2016 season with the Akron Racers saw the Oldsmar, Florida, native has made some of the signature plays in the outfield that earned her three All-SEC honors and an All-American nod during her stellar collegiate career. Three of those catches landed Andrews in the #1, #2 and #3 spots throughout the season on ESPN SportsCenter’s Top 10 Plays of the Day.

Andrews finished the NPF regular season tied for the most stolen bases with 15, while holding a perfect fielding percentage for the Racers who went into the championship weekend as the fourth overall seed. Andrews hit .259 on the year with seven doubles and two home runs, driving in 10 and crossing the plate 24 times.

During her LSU career Andrews batted .321 and started 235 of 240 total games played. She left LSU in the top five all-time in triples (20), walks (116) and stolen bases (97). She ended her career helping lead the Tigers to a pair of Women’s College World Series appearances, where in 2015 the Tigers finished tied for third.

Since winning the award, Andrews has been recognized by the NPF, as well as the Cleveland Indians during a regular season game just a couple of months ago and by LSU during a home football game.

On Friday, Andrews won’t be the only former Gold Glove Tiger in attendance, as LSU baseball legend D.J. LeMahieu will be vying for his second award after winning the league’s batting title with his .348 average. LSU is the only school to have a Rawlings Gold Glove winner in baseball and softball.