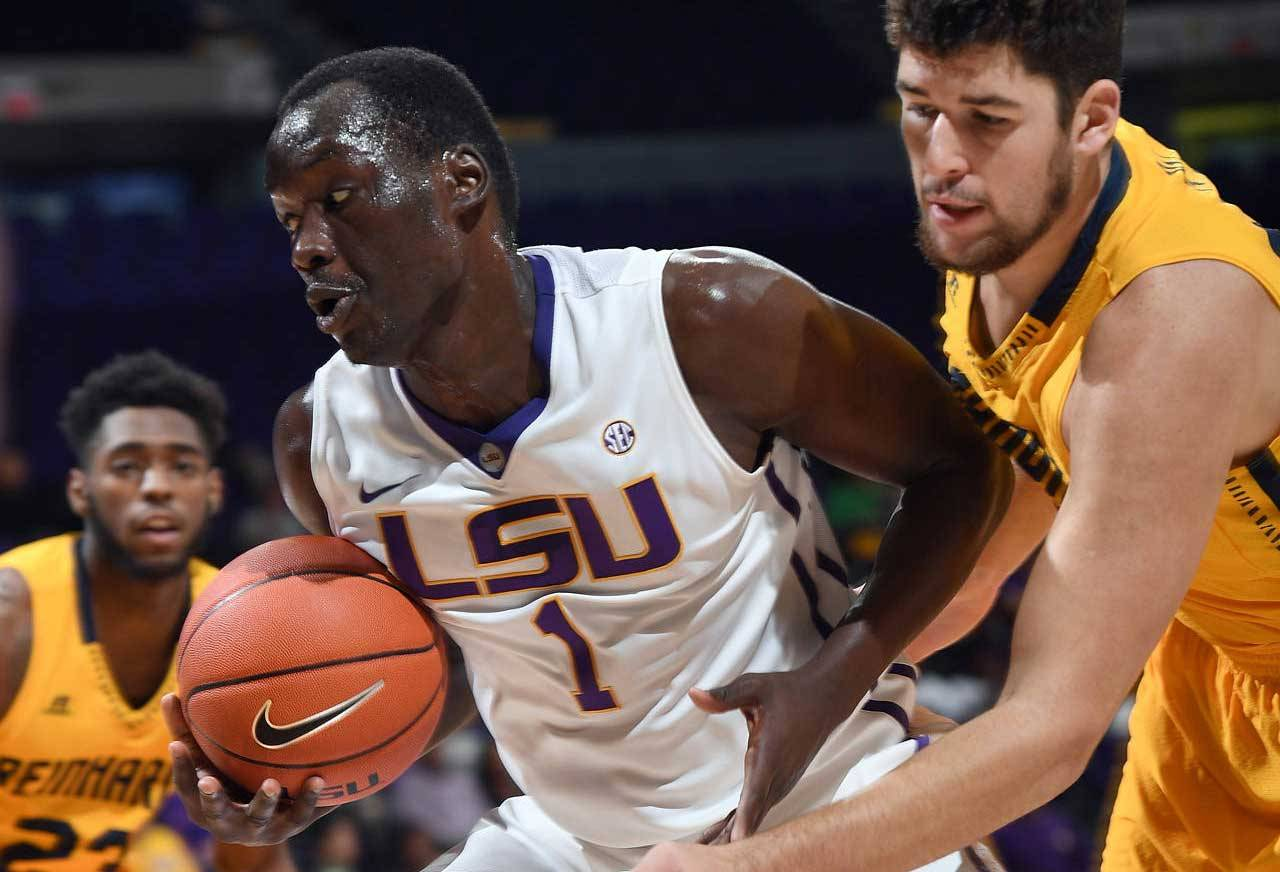 Junior forward Duop Reath led the Tigers in scoring as he dropped 26 points on 12-of-19 shooting in 23 minutes of action. He finished the night with a double-double as he also posted 13 rebounds.

Sophomore duo Antonio Blakeney and Brandon Sampson combined for 36 points, as Sampson was a perfect 3-of-3 from the arc scoring 19 points. Blakeney, a preseason selection for All-SEC second team, had 17 points and nine assists, some of those coming while he was playing the point guard position.

The Tigers did turn the ball over 21 times, while only forcing 14.

The Tigers went to 5-0 in exhibition games under Coach Johnny Jones and the Tigers now will begin to focus on Saturday’s season opening contest at the Maravich Center against Wofford, the first of three home games in seven days.

The Tigers game with Wofford tips at 1 p.m. and will be simulcast on the LSU Sports Radio Network and SEC Network+. Tickets are available at LSUtix.net and at the LSU Athletic Ticket Office.

Opening statement…
“Glad to have an opportunity to get back out on the floor and have an exhibition game here at home in preparation for our season. I thought our guys came out and established themselves early out there on the floor with what we were trying to do offensively with getting paint touches. I felt like we had a size advantage. I thought we did a great job of taking care of that in the first half in shooting a very high percentage, I think around 59 percent from the field in the first half. I thought the guys did a great job of sharing the ball. I thought (Aaron) Epps played with energy, he rebounded the basketball well, having about ten at the half. We held them to a low field-goal percentage but I think we gave up about eight threes in the first half, too many, but they did a great job of making plays and making long shots. In the second half I again thought we came back out and tried to establish ourselves early. Unfortunately we had too many turnovers in the first half and the second half with 21 turnovers total. Hopefully we can get that down to maybe ten or so a game, which would be comfortable especially with the pace we play at. At the same time we certainly have to continue to do a better job at the defensive end of the floor. The number of points we gave up, 80 points, only held them to 35 percent shooting from the field but 80 is still a big number and then giving up 30 free throws was a big number for us and we have to do a better job of keeping people off the line.”

On opposing teams three-point shooting…
“I thought they made some big shots. They did a great job. We tried to help. We knew where their three-point shooters were and we were not aggressive enough. I thought, you have to get in their wheelhouse especially with the shooters they have and try to make them uncomfortable and force them to be drivers. I thought we allowed them to get into a rhythm in the first half and I think one of their guys was three-for-three in the first half and knowing who their shooters are, we have to do a better job of closing out high-hand and forcing those guys to become drivers and not allow them to be comfortable.”
—
Reinhardt Head Coach Jason Gillespie

On his team’s performance…
“We struggled with their length and size. They’re so well coached in what they’re doing. Coach (Johnny) Jones does a great job, and we knew that coming in, so it’s just one of those games that’s good for us because we’re not going to see the athleticism and talent level that we saw with these guys today at our level in any way, shape or form. It helps us down the road, and it’s a great experience for our guys.”

On his bench and the offensive boost they provided…
“We’re deep. We always go 10, 11, 12 depending on the game and foul situation. We had some guys come off the bench and make shots. I’ve told our guys all the time that we’ve got 10 or 11 guys that could start just at our level. We have a lot of guys to choose from, and they all can contribute in a lot of different ways.”

On improvements moving forward…
“We got to execute a lot better with what we’re doing on the backside of our offense. We go to our primary stuff way too often. We kind of settle; we always play fast, but we want to take good open looks in transition. We kind of settled on a lot of contested looks tonight, and they forced us into that with the way they played us defensively.”