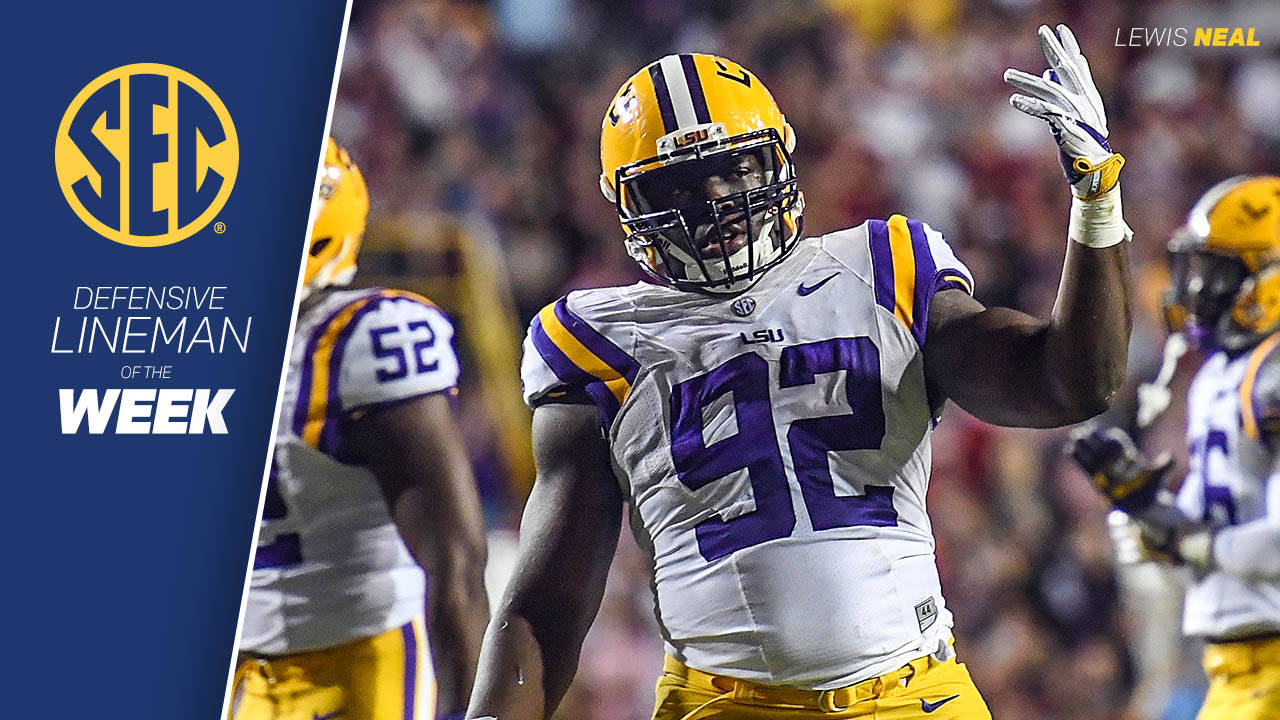 BIRMINGHAM, Ala. – LSU senior defensive end Lewis Neal was named the SEC Defensive Lineman of the Week the conference announced after a career night against the Alabama Crimson Tide Saturday night.

The Wilson, North Carolina, native registered a career-high 11 tackles, including a tackle for a 1-yard loss and 2 QB hurries, in 10-0 loss to top-ranked Alabama. The Tigers held the Crimson Tide to season lows in points (10), total yards (323), and passing yards (106) in the defeat.

LSU became first team to hold Alabama scoreless in the first half since 2007 against Florida State, as LSU and Alabama also became the first FBS game this year to enter fourth quarter scoreless. The 10 points were also the fewest for Alabama since a 9-6 overtime loss to LSU in 2011 and it was the fewest points by the Crimson Tide in a win under Nick Saban since 2007.

In eight games, LSU’s defense has allowed just nine touchdowns which is the fewest allowed in the nation, holding all eight opponents to 21 points or fewer in every contest this season.

LSU returns to action this week, hitting the road to take on the Arkansas Razorbacks in Fayetteville.