Men's Golf in Contention on Day 1 in Hawaii

by Will Stafford (@WillStaffordLSU)
Round 1 Results +0 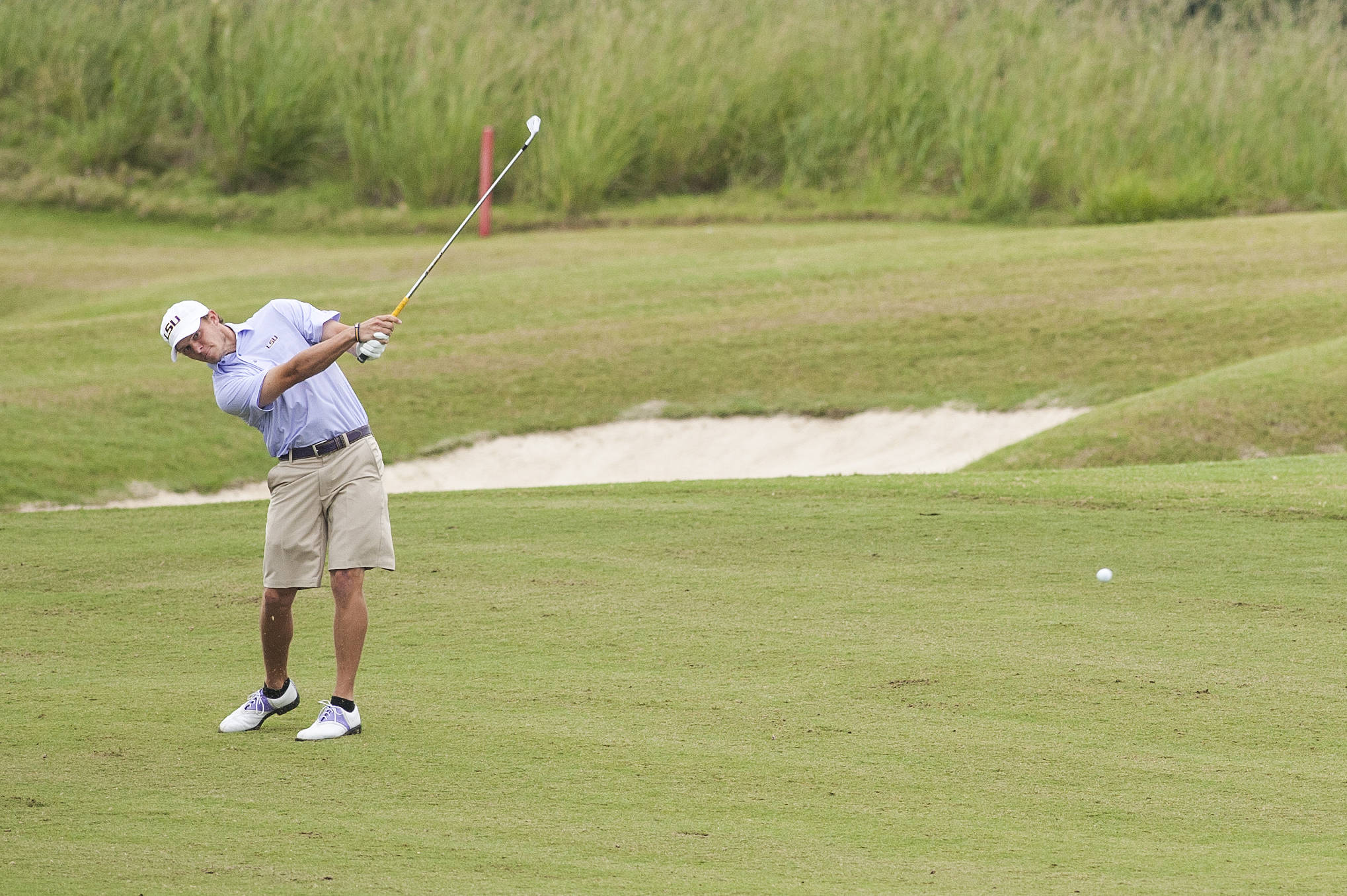 LAHAINA, Maui – Senior All-American Brandon Pierce and sophomore All-American Sam Burns fired No. 3-ranked LSU into contention on the first day of action at the Ka’anapali Collegiate Classic as the Tigers broke par in Saturday’s opening round with a team score of 1-under par 283 at Ka’anapali Golf Club to finish one shot back.

Burns led the way with a 3-under par 68, his 12th round at par or better this fall, to finish the day just two shots off the pace in a tie for third place on the leaderboard. Pierce wrapped up play three shots back of leaders Keenan Huskey of South Carolina and Doc Redman of Clemson with a 2-under 69 to tie for fifth.

The Tigers ended the day just one shot back of South Carolina with their 1-under 283 as the Gamecocks set the early pace with a 2-under 282. Georgia and Clemson posted matching scores of 284 to tie for third place in Friday’s opening round, while North Florida and UC-Santa Barbara rounded out the Top 5 of the team standings in a tie for fifth place at 3-over 287.

LSU extended its early lead over Georgia to two shots at 6-under par for the day through holes Nos. 6-8, and led the Bulldogs by as many as five shots while reaching 7-under par as the Tigers began to make the turn.

It proved to be an all-Southeastern Conference battle for the top spot on the back side as the Tigers fell back into a tie for second place with Georgia at 3-under par midway through the inward side. South Carolina held a one-shot advantage over LSU and Georgia at 4-under par as the first groups closed out their opening round on Friday afternoon.

Burns has now played 13 competitive rounds in five tournament appearances for the Tigers this fall, and his 3-under 68 on Friday marked the 12th time he has finished 18 holes at par or better on the year. He fell below the 70 mark as the team’s leading scorer this season with a 69.92 scoring average after the opening round.

Burns, who teed off Friday as the No. 7-ranked player nationally in the latest Golfstat individual power rankings, is poised to contend for yet another tournament title and top-10 finish this season after finishing two off the pace with two rounds to play. He arrived at the Ka’anapali Royal Course with four top-10 finishes in each of his four previous starts this season as one of the nation’s hottest players.

Burns was nearly flawless in his opening round on Friday as he wrote five birdies with just one double bogey on his scorecard for his only blemish of the day en route to a team-leading round of 3-under 68.

The Tigers are paired with first-place South Carolina, third-place Clemson and third-place Georgia in Saturday’s second round as they will tee off in foursomes from holes Nos. 1-3 with a shotgun start scheduled for 1:30 p.m. CT. Golfstat will provide live scoring of Saturday’s second round as fans can follow the Tigers in action at http://golfstat.com.