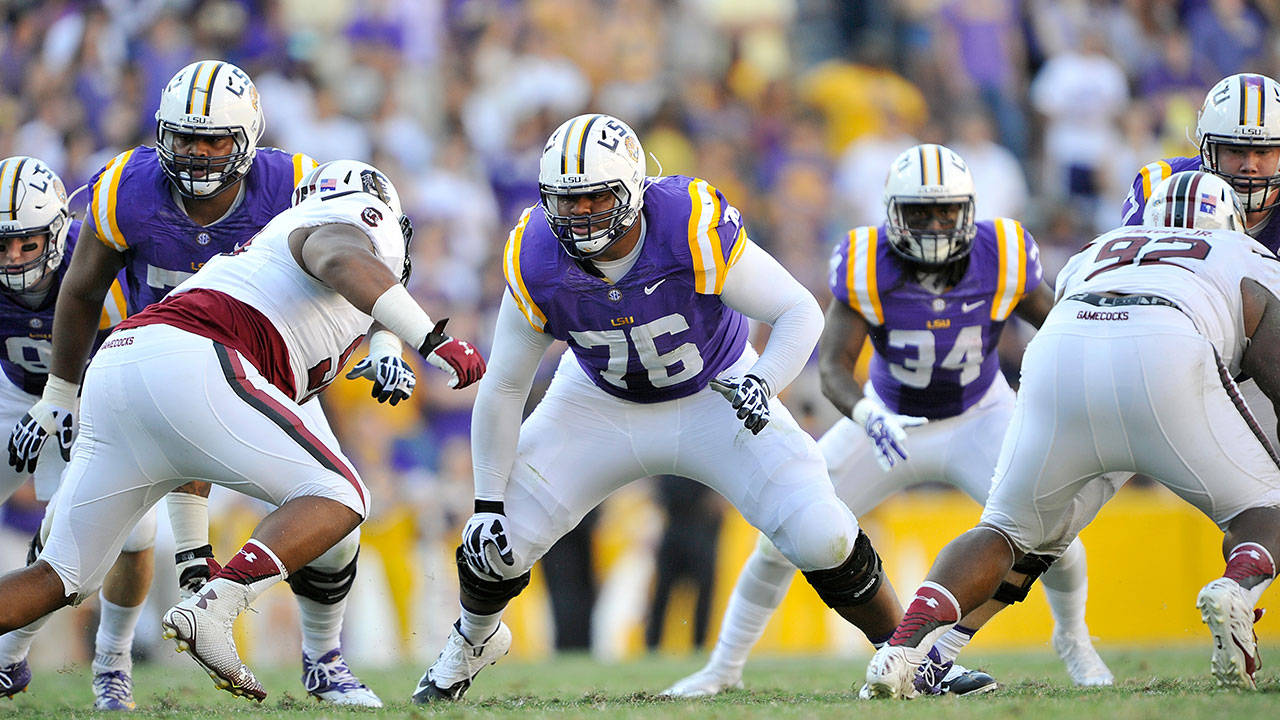 After a long, grueling day of two-a-days at fall football camp during his freshman season, offensive lineman Josh Boutte walked out of the team facility frustrated with his performance during practice.

A car pulled up alongside of Boutte, and he heard, “Get in the car, bro.” Boutte looked up and saw fellow LSU offensive lineman Trai Turner, now a Pro Bowl guard with the Carolina Panthers.

“He already knew what was going on,” Boutte said. “He already knew I was having a bad day, and we went out to eat and he made me feel a lot better and being there for me. We became lifelong brothers.”

For the senior Boutte, his career at LSU has been a journey filled with moments of pride and triumph, and others that brought adversity. With experiences like the ones he had with Turner, Boutte was able to develop relationships with his teammates to form an unbreakable brotherhood.

Through times of adversity, Boutte was inspired and influenced by the bond he and his teammates shared.

“Through the hardest moments the ones that were there for me would have to be two people. Jerald Hawkins and Vadal Alexander,” said Boutte. “They were always there for me. They are still there for me like big brothers and I am just really thankful for that.”

Like those who came before him, Boutte strives to be a teammate everyone can rely upon on the field.

“Knowing Josh is on the line with me is a great feeling,” said LSU offensive lineman K.J. Malone. “You can always depend on him to blow someone up. When I’m on the field, I know he will always have my back, so it’s always good to have Boutte behind me. I call him my brother.”

The fellowship and brotherhood that Boutte has shown with his teammates can be attributed to his hard work and preparation in practice.

“He has good hands, likes to strike, and has a good punch,” said LSU defensive lineman Greg Gilmore. “He’s a premier guard in the SEC, so that makes the games easier for me because I’m practicing against one of the best guards in the SEC.”

For Boutte, it’s not just about refining his own game, but working to improve collectively as a team.

“It’s really about getting each other better,” Boutte said. “If I don’t do a great job, then the defensive line is not getting a great look.”

The grind of practice and film study has paid off for Boutte as it shows in his in-game performance. Boutte has had a very productive season, starting in six games this year for the Tigers.

“It’s going great,” Boutte said. “The offseason really paid off. My brothers and I, on the offensive line, we worked hard to be a key part of the team. We do a great job executing that and listening to (LSU offensive line) coach (Jeff) Grimes with what he tells us to do. It’s really showing during the games.”

Going into the final few games he has at LSU, Boutte recalled a personal highlight of his career.

“I’ve had high moments such as playing as a freshman and getting a few snaps.” Boutte said.

However, one moment stands out above the rest. Emerging from the tunnel to the roaring crowd of Death Valley is something he will never forget.

“Being in Tiger Stadium and running onto the field for the first time ever was the greatest thing that I can remember.”