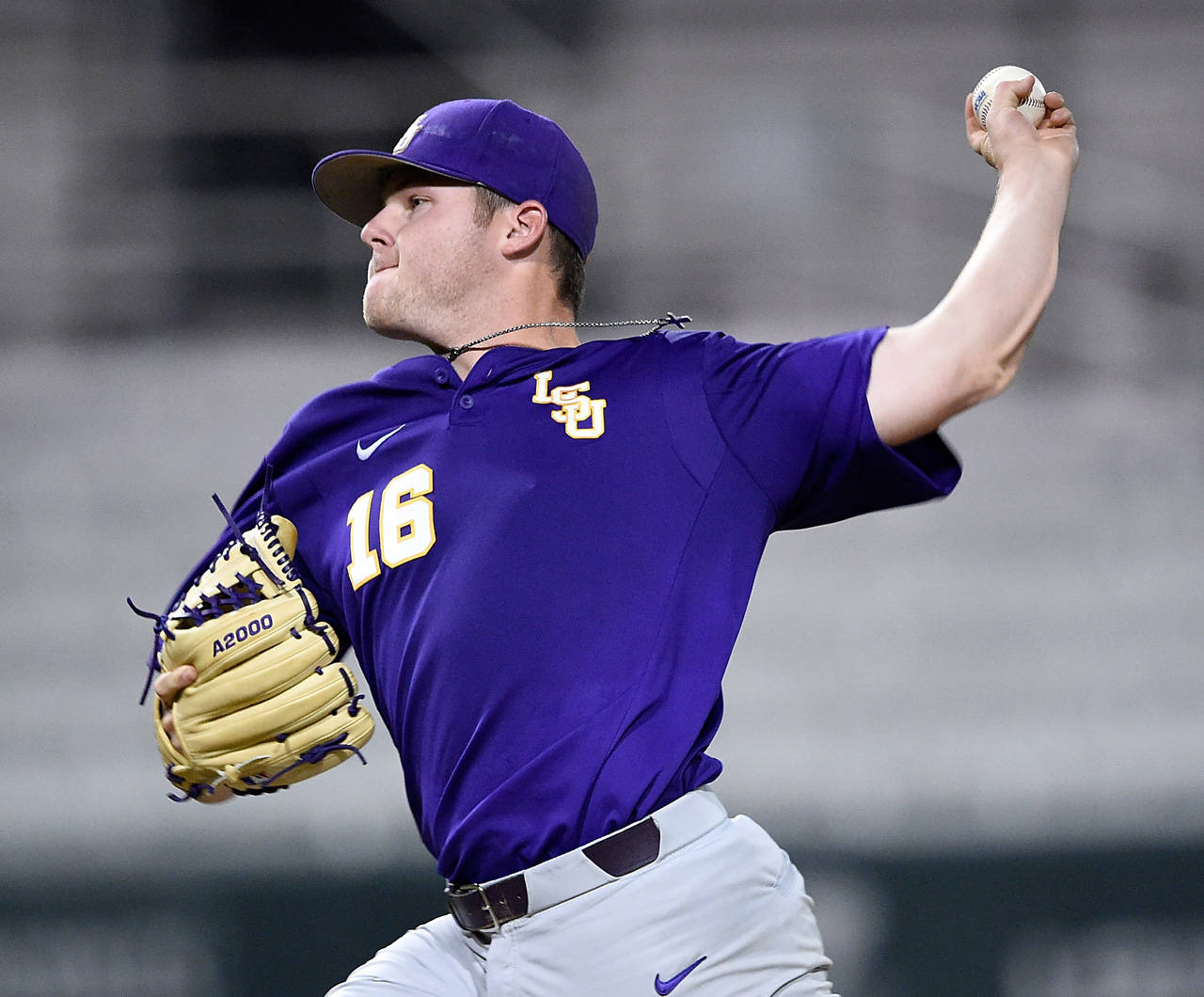 BATON ROUGE, La. – The Purple scored three runs in the top of the eighth inning Thursday night to break a 1-1 tie and go on to a 4-1 win over the Gold in Game 1 of the LSU Baseball Purple-Gold World Series in Alex Box Stadium, Skip Bertman Field.

Game 2 of the series will be played at 7 p.m. Friday. Admission is free to Friday’s game, and an autograph session with the LSU players will be held after the contest.

“I thought it was a really good ball game,” said LSU coach Paul Mainieri. “There were a few mistakes made, of course, but the pitching was excellent, and there were some tremendous plays on defense. It was a spirited game in front of a good crowd, and hopefully we’ll have a good game tomorrow night as well.

“With the crowd here tonight, the players’ adrenaline was pumping a little extra, and I thought we did some things that show we have a pretty decent ball club.”

Thursday’s scheduled seven-inning game, which was witnessed by over 1,000 fans,  was tied 1-1 through seven frames, so one extra inning was played using international tie-breaking rules. Each half-inning in the eighth began with runners at first and second and nobody out.

The Purple batted in the top half of the extra inning and plated three runs on RBI singles by second baseman Bryce Jordan and catcher Jordan Romero, and a sacrifice fly by centerfielder Zach Watson.

Purple right-hander Will Reese retired the Gold in order in the bottom of the eighth to secure the victory.

Reliever Hunter Newman was credited with the win for the Purple, as he worked a perfect seventh inning with one strikeout.

The Purple took a 1-0 lead in the top of the first inning against Gold starting pitcher Alex Lange when left fielder Brennan Breaux singled and scored on a two-out triple to right-center by rightfielder Greg Deichmann.

The Gold tied the game in the bottom of the fourth inning against reliever Collin Strall as third baseman Jake Slaughter doubled, moved to third on a groundout by centerfielder Antoine Duplantis and scored on catcher Michael Papierski‘s sacrifice fly.