Times of Interest: Football vs. Alabama 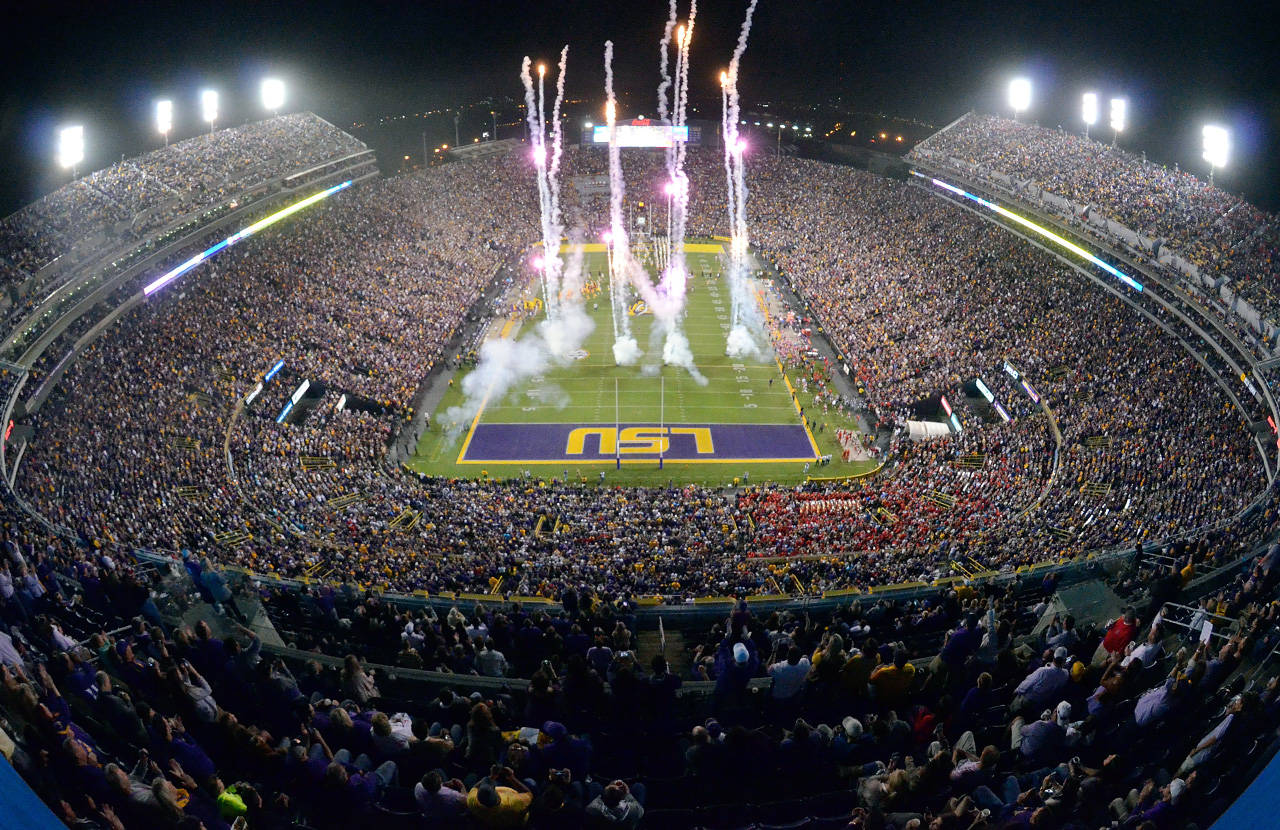 BATON ROUGE – Some of the biggest personalities in college football will be on the LSU campus this weekend when the 13th-ranked Tigers host top-ranked and undefeated Alabama in what will be nation’s premiere game on Saturday.

Kickoff between the Tigers and Crimson Tide is set for 7 p.m. CT in what has long been a sold out Tiger Stadium. The game will be televised on CBS with Verne Lundquist, Gary Danielson, and Allie LaForce on the call.

The pregame headliner for the weekend will be ESPN’s College GameDay, which will be located in The Quad in the middle of the LSU campus. Some of the ESPN personalities on hand will this weekend include Lee Corso, Rece Davis, Kirk Herbstreit, Tom Rinaldi, Desmond, Howard, Samantha Ponder, David Pollack, and Marty Smith.

In addition, ESPN’s College GameDay Radio will be on location (grass lot next to Walk-On’s) starting at 11 a.m. CT on Saturday. Ryen Russillo and Danny Kanell will get things started on Friday afternoon as they will host their show from noon to 3 p.m. at Walk-On’s.

Other highlights on campus leading up to kickoff on Saturday night include Bag of Donuts performing at the Zatarain’s Tiger One Village starting at 2:30 p.m.; the LSU football team, along with football alumni, walking down “Victory Hill” at 4:50 p.m.; and the Golden Band from Tigerland street performance takes place North Stadium at 5:10 p.m.

The band’s pre-game show in Tiger Stadium starts at 6:54 and head coach Ed Orgeron will lead the Tigers out of the tunnel and onto the field at 7:07.

The following is a complete listing of key times of interest for the Tigers on Friday and Saturday:

Be sure to check out the following items on LSUsports.net
7 p.m. Live stats on LSU-Alabama game
www.LSUsports.net/livestats